As a child I remember reading a chapter in an American Indian book called the “Vanishing Americans” and I always wondered what that meant.  In 1982 there was a book of the same name.  Since my home state is Kansas, I also remember reading this in the Chicago Tribune: “The last pure-blooded member of the Kaw Nation, the tribe that gave the state of Kansas its name, has died at 82.”  His name was William A. Mehojah.

So I thought I would use Visual Intelligence to look at some U.S. Census data myself. Note that I am only looking at the numbers where individuals said on the US Census form that American Indian/Alaskan Native was their only race (not mixed race).

First, it seems the data is in various places on the U.S. Census site, so my research is by no means scientific and simply looking at overall data provided. 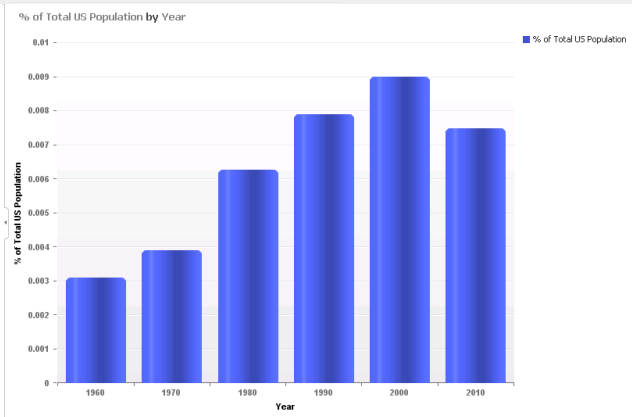 Also, I used the 1990 census data (the only one I could find via a spreadsheet) and used it to visualize 1990 populuation of Native Americans by state: 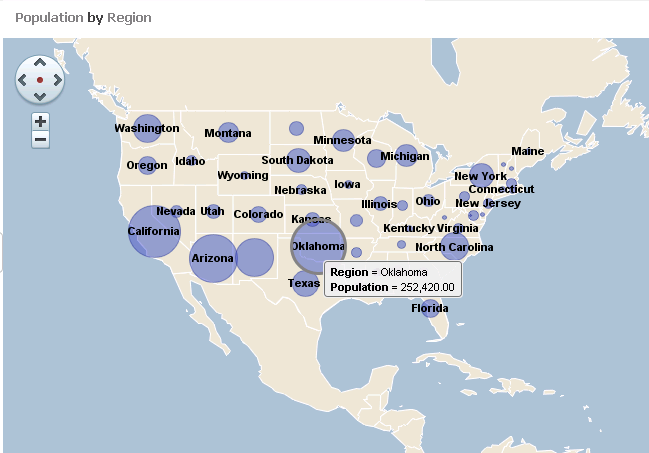 You can’t really tell by the “circle” that the state of Oklahoma had the largest population of Native American population in the US until you show the data in another way in Visual Intelligence: 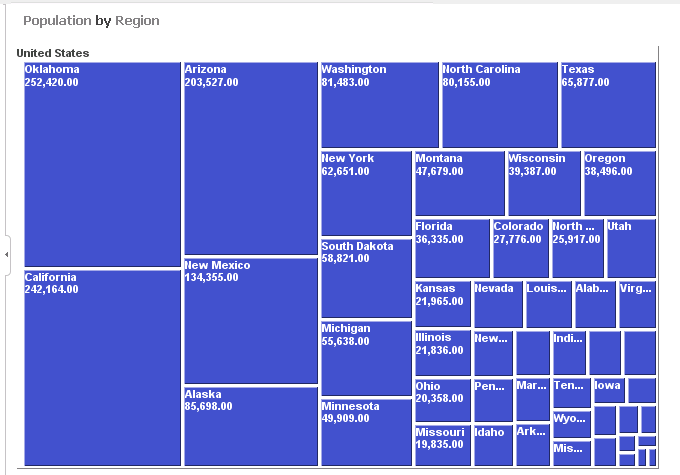 Source of data: US Census

Why did Oklahoma (which means “Red Man” in Choctaw) have the largest population of Native Americans?  Read about a very dark period of US history called the Trail Of Tears which discusses the forced removal of Indians in the 1830s to Oklahoma.

The US Census has nice maps via PDF of tribes and where they reside in the US.

For more information and updates on Visual Intelligence register for this SCN Analytics January 30th webcast “Ignite Creative Ideas and Tap into Your Data – Big and Small – With SAP Visual Intelligence with Jason Rose – the webcast is open to everyone.