Save the Date: May 13th ASUG Annual Pre-Conference Sessions Are Coming Your Way

Last week’s SAP on Hana announcement Hasso Plattner asked “is it still in Orlando” referring to SAPPHIRE NOW, which is co-located with ASUG Annual Conference.  The answer is yes, it is still in Orlando, May 14-16.  For sure his question took me back to my very first SAPPHIRE, which was held in Los Angeles.  Back then Hasso Plattner was the keynote speaker to kick off the event.  At the end of the great USC Trojan Marching Band performed, and we followed them through the LA Convention Center. Rod Stewart was the concert act.

Which brings me to this – when to come to ASUG Annual Conference this year?  I saw this question on Twitter and I wanted to respond:

When is everyone getting to Orlando for #ASUG2013/@sapphirenow? Sunday or Monday?

SAP Mentor Tobias Hofmann said in his blog  “While on the ASUG sessions you get an in-depth view on the current problems SAP customers have and how they solve it, SAPPHIRE shows you what to expect from SAP in the near future. ”  Jim Spath, ASUG Volunteer/SAP Mentor, discusses what is ASUG Annual Conference with Tom Raftery 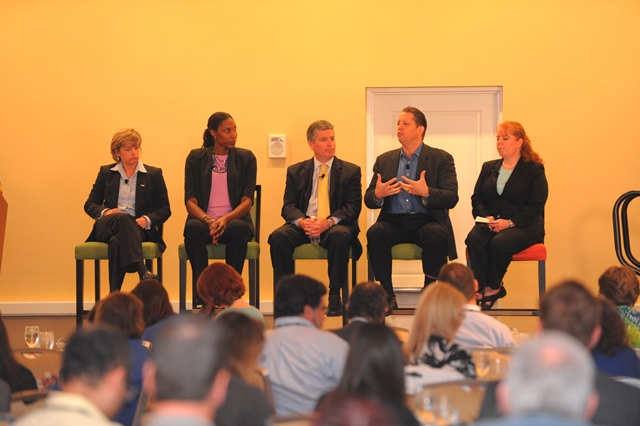 So save the dates, Monday May 13th, ASUG Pre-conference Day and the rest of the week May 14-16 for ASUG Annual Conference.