SP4 for SAP BO Dashboards (Xcelsius) contains the waterfall chart as a new component. At last a waterfall out-of-the-box, eagerly awaited by many customers. It does not fulfill my requirements. But it does not have to as our graphomate add-on contains a wonderful waterfall.

Why our graphomate waterfall chart stands out against the standard waterfall is what I want to describe in this article.

But at first: When is a waterfall the chart of choice?

In principle, a waterfall chart shows the cumulative change between an initial and a final value. The whole change is dismantled in its positive and negative components, which are depicted with stacks in a slightly shifted position. It is maybe because of this stairs-like depiction from which the chart got its name waterfall chart. Other names are flying bricks chart or Mario chart (as the suspension of bricks in mid-air reminds of the popular game) or, in finance, a bridge. Another common English term is Cascade Chart.

The changed positions are often shown in red or green.

Due to its focus on changes, the waterfall chart is especially suitable for portfolio analysis (warehousing, Cash-flow statement) or profitability analysis.

This is a simple waterfall chart for the analysis of inventory changes over time: 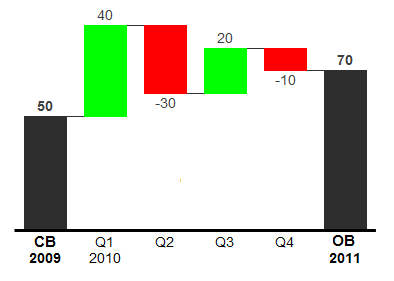 Fig. 1: Example of a waterfall chart 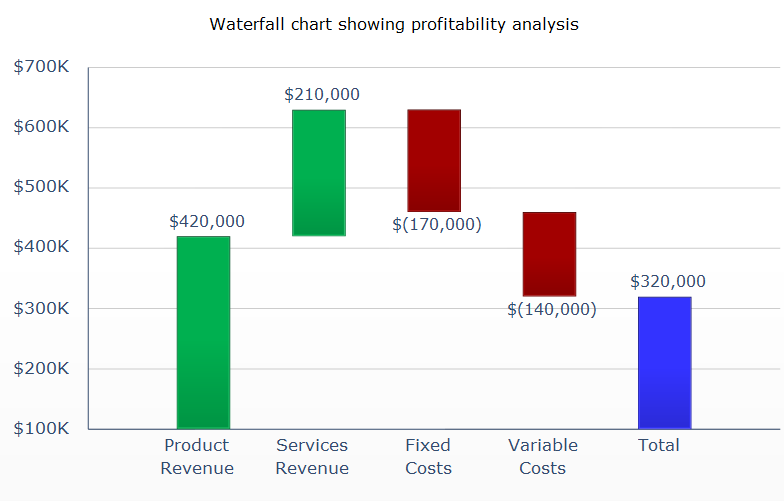 So, what do we have to grumble about here? It is a beautiful waterfall, isn’t?

Let us take a further look at the chart:

Greg relied on the standard parameters of SAP BO Dashboards (Xcelsius). The result is, from the perspective of a friend of good visualization, rather disappointing. Take a look at the vagaries again in this visual summary: 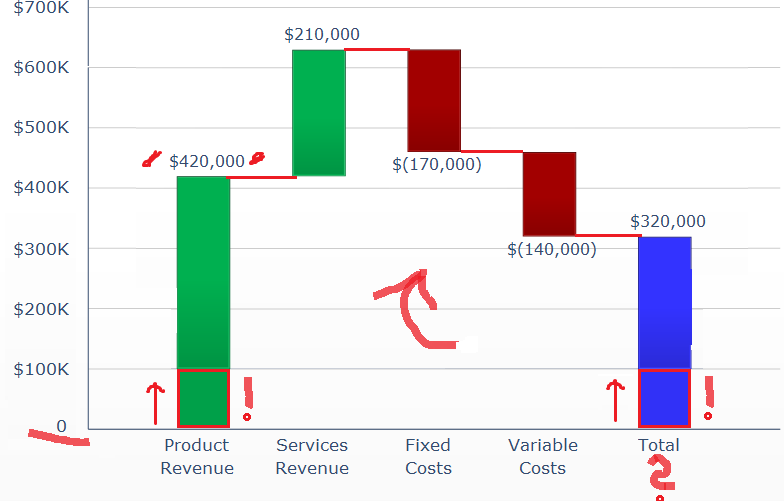 I am a strong advocate of the SUCCESS rules for a successful business communication. I especially like compressed depictions and try to show as many business figures as possible in the given space. This is the content of the CONDENSE rule. How would I show the profit and loss statement done by Greg with the graphomate addon on the same real estate?

Fig. 4: Waterfall chart made on the basis of the graphomate-addon

I build this chart in SAP BO Dasshboards (Xcelsius) with our graphomate add-on within 2 minutes and of course you can align it horizontally with just one click – like the waterfall in Fig. 1.

I want to show an example for a profit and loss statement taken from “real life”. It has also been realized with graphomate and uses another feature: we can use as many subtotals in a waterfall chart as we like. 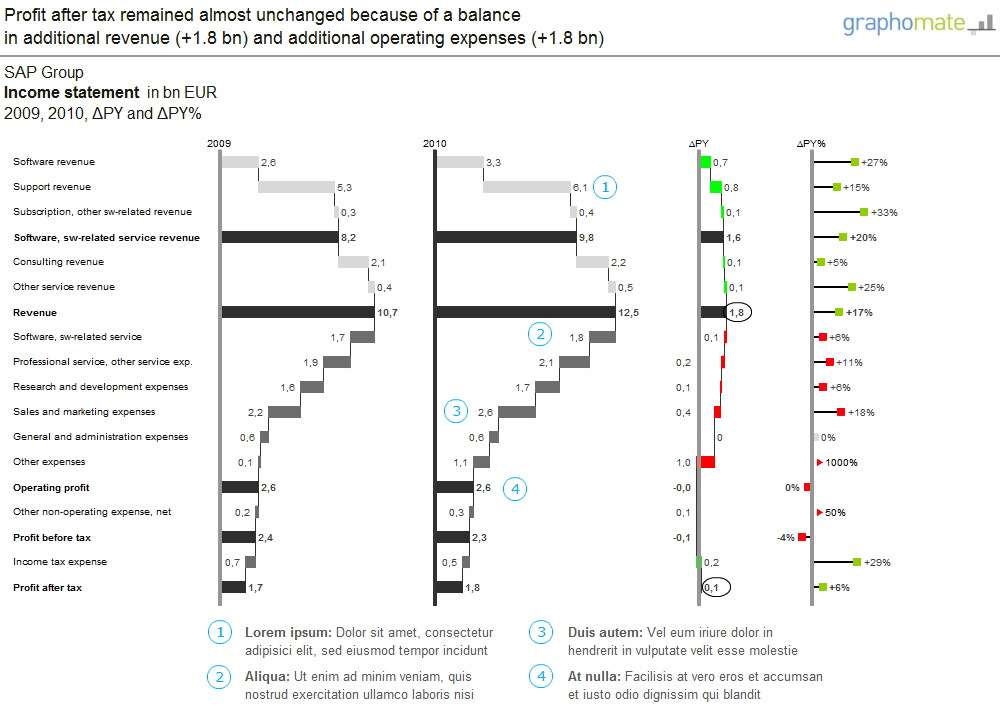 Fig. 5: Profit and Loss Statement of SAP according to IFRS 2010

The chart is a visualization of the consolidated financial statement according to IFRS (International Financial Reporting Standards) for the SAP group for the year 2010, realized with graphomate addons. I am particularly proud of the third waterfall chart with the absolute deviations in comparison to the previous year. Really 🙂 I am much obliged to Rolf Hichert, who had the idea for this. And it was his ideas for good reports and presentations which build the basis for his SUCCESS rules.

In the following version 1.3 of our add-on coming this month we will introduce spans in a waterfall, so that you can, for example, show the total costs as a floating bar. 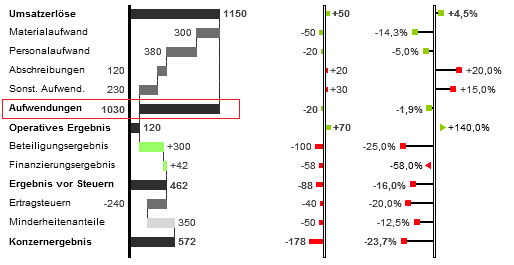 Download the FREE-Version of the graphomate add-ons here. OK, it does not contain the waterfall chart, but you my built visualizations like this – fully integrated in SAP BO Dashboards (Xcelsius): 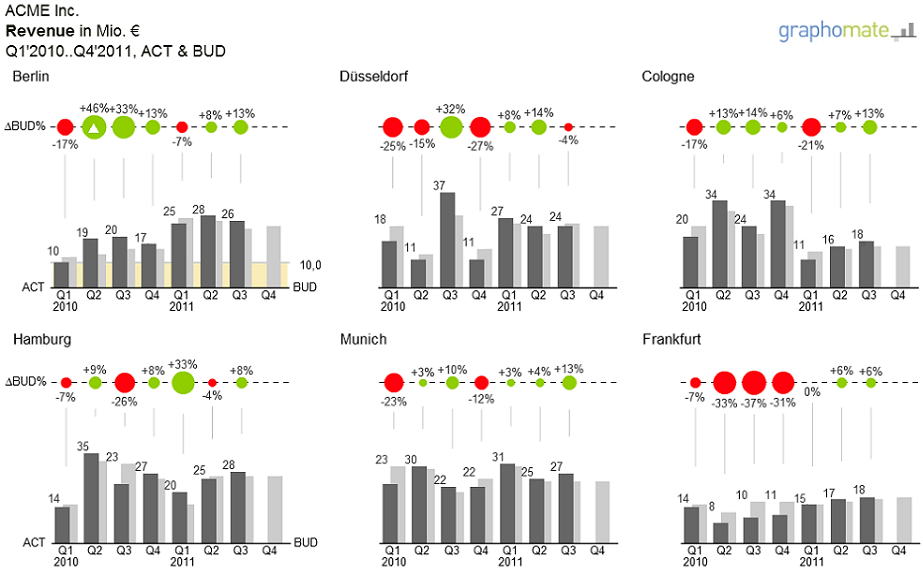 … and now for something completely different! No, not HTML5, still waterfalls 🙂

Does anybody remember the song “waterfall” from the stone roses? … be careful: this melody won’t leave your head.

great, clear and professional vizualization. Thanks for the article.

what tools are used to create waterfall charts except for Xcelsius ?

As described the waterfall chart with deviation axes is built with the add-on graphomate charts from graphomate for Xcelsius.
It's also possible to import the Xcelsius waterfall in Crystal Reports.

Since last week we do offer the waterfall chart - among lots of other charts - with our "graphomate charts" for Design Studio 1.2.