SAP Community – Together we can do so much (Helen Keller)

I am going to start out by thanking Craig Cmehil for bring an organization to my attention.  Craig runs the Friday Morning Report – a must-see a few years back, when all things SAP and non-SAP were discussed.  It was a great way to begin your weekend.  Craig ran 2 ‘marathons’ – 24 hours round-the-clock events – to benefit Doctors Without Borders, or Médecins Sans Frontières if you speak French.  Craig lined up many speakers who shared their wisdom or point of view, and viewers could visit a website to donate to this amazing cause.

Shortly after that, Ginger Gatling was charged with a Herculean task; the updating of the ‘workflow bible’ which was originally written by Alan Rickayzen and Jocelyn Dart For this update, Ginger had to call on many workflow experts around the world, and it was a joint decision among the authors that the proceeds from this book be donated to charity.  Ginger tried to contact a certain charity to donate the proceeds, but after weeks of telephone and email tag, the verdict was that they only accepted donations greater than a certain dollar threshold. So Ginger contacted MSF, and within a day, the agreement was made, and ‘Practical Workflow for SAP (v2)’ has since generated over 20K to benefit MSF.   Ginger then followed up with the same model for ‘Enterprise Information Management for SAP’ and her team of wonderful authors. 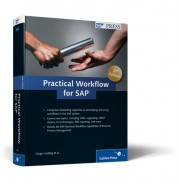 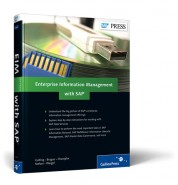 So what’s the deal with this particular blog?  I’ve written before about what a great community this is.  It IS great – not just for the technical knowledge but for the connections, the passion, and the human touch – people writing about Sustainability, Ageism, Diversity, Empathy to name but a few.   And I am so convinced that we can pull together to do something to benefit Doctors Without Borders, that I started a fundraiser for the SAP Community.   This is a grassroots effort – no official linkage to SAP Community Network.  But you, as a reader of this blog, have the chance to join in, and help.

Just imagine what could happen if 1% of the users of SCN can find it in their hearts and wallets to donate $10.00, we could raise, well, we could raise a lot.  And where would your money go?  To help people caught up in armed conflicts, epidemics, and natural disasters.  People who are not as fortunate as most of us, who may be starving, deprived of basic healthcare, or suffering grievance injuries due to wars. 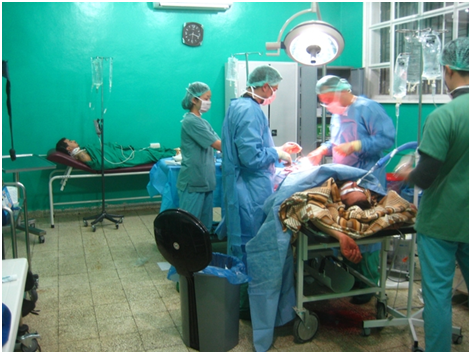 MSF is independent, international, neutral.  They provide care for  people regardless of race, religion, or political affiliation.

I will post a financial statement from MSF here (either in this blog, or another one) so that you know I am not padding my own pockets.  (Because not everyone knows that I have been called a Moral Compass 🙂 , and so would never steal your bucks) And I’d like to thank the people who have already given generous donations – you know who you are. Fred Verheul generously donated not just time, but effort in blogging about this cause near Christmas.

So, are you in?  Is this a worthwhile effort for us?  If you think it is, please visit Our Fundraiser.

Great cause and hopefully everyone reading this will step up and make a small donation.

I really appreciate your support.

You surely articulate it a lot better than I did/could have done. I hope people will step up and donate to this great cause.

To be fair, you may have been under a little pressure to get that blog out the door.

(Sorry that were two words 😉

I really appreciate the support - I think that we can all contribute to something important.

It's also interesting when you start to research a charity that so many have extremely high 'overhead' and it ends up that only pennies of your money actually go to the cause.

Great to see this happening! Just this week I announced I was going to attempt another 24 hr marathon as well!

Hey Craig, don't be so shy (that is not like you).  Tell us the details for the marathon?
Cheers,

Not sure of course, just starting to work out the details most likely looking at May though at the moment.

Also, now with your effort I'm looking to make sure I am not asking to much of the same people....