Irrational Fear of Add-ons and Extensions 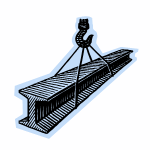 “pay for dashboard and then pay for add ons!! WTF SAP”

After I scraped myself (and our CEO) off the ceiling, I felt compelled to write (once again) about this strange form of irrationality.

Unfortunately, as a company which creates extension capabilities for the SAP BusinessObjects Dashboards product, we come across this sentiment a lot. Inexplicably, some people feel that having extensions which expand the value of a product is a bad thing. I fail to understand this. I would have thought that it could only be good.

No software is perfect, so there is always space for extensions to add value. If you don’t see the value in a particular extension then don’t use it, but nonetheless, you should be glad it is there because you never know when your situation might change and that same extension will suddenly become valuable to you, at which point you would be foolish not to buy it.

The reality is that perfect software would be infinitely expensive and take infinitely long to produce. Extensions are a good compromise between here and there.

Take another example, our XWIS product adds OLAP (multi-dimensional) capabilities to SAP BusinessObjects Dashboards, which makes creating interactive dashboards easier, faster, more scalable and more cost effective (whilst also allowing dashboards to be taken off-line). We often get angry comments that “this should have been part of the product in the first place”. In my opinion, this misses the point (two points in fact):

There are so many example where we all benefit from aftermarket extensions. When I bought my iPhone I didn’t expect it to ship with every conceivable type of case; I was okay with the fact that had to pay for the type of case I wanted. Similarly, I don’t mind buying apps for my phone because the alternative is having a phone which has every possible app installed on it, costing many thousands of dollars. Similarly:

I could go on but I suspect you get the idea.

It is all about business value

We once had someone say to us “XWIS is the product I need, it will make my project run better and I will get a better ROI using it, but I am not going to buy it because I am angry that this is not a part of the core product”. This is business madness. Increasing you total cost of ownership because you feel aggrieved, makes no sense.

What people think “should be” in the base product is irrelevant, the only sensible question is: “If I buy the base product and possibly some extensions, does the overall project have a good enough ROI” (by all means factor in the cost of dealing with multiple vendors). If it doesn’t,  then don’t buy it. But always be pleased the extensions are there, you never know when they might come in handy.

Thousands of SAP BusinessObjects Dashboards customers around the world are realizing benefits through the vibrant extension ecosystem around the product. They have all bought the extensions they want, and ignored the ones they don’t; as a result, they have a product which is more perfectly aligned with their needs that they would have had otherwise. I can only suggest you join them.

Couldn't agree more on this Don. "Business Value" is the right word. A software product cannot add everything under the sun as an out of box feature. Hence the add-ons. Even the most popular software on earth, MS Excel, has Add-Ons.