SAP’s Alexander Peter has served as our SAP Point of Contact to this council and ASUG Volunteer Joyce Butler leads the council.

The Influence Council was promoted during an ASUG kick-off webcast two years ago. Interest was high as Analysis Office is the “premium successor” to BEx Analyzer. ASUG Influence Council members influenced BW workspaces as well.  What are workspaces?  SAP describes them as “BW Workspace is a dedicated area in SAP BW for a specific department to upload local data and combine it with central data” 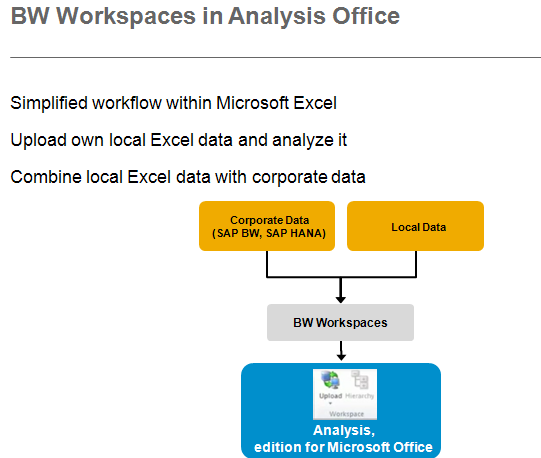 Council members gave feedback into features such as prompting and variants, which became part of the 1.3 latest release:

Council members also influenced prompting features such cutting and pasting from the clipboard into the prompts.