Think big, look back – then look ahead 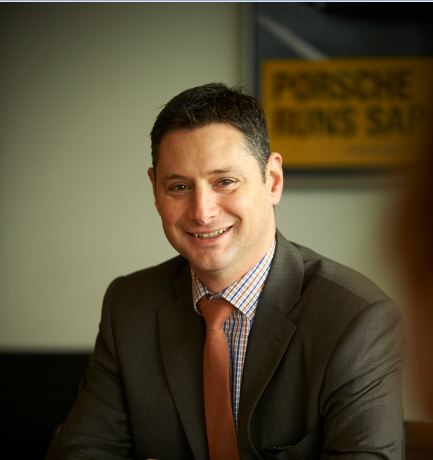 John Antunes is Director of SME and Channels at SAP UK and Ireland. A regular contributor to Think Big, Grow Fast http://www.thinkbiggrowfast.net/ – SAP’s dedicated fast-growth focused SME blog – John will be providing regular insight into small and medium-sized business issues and the role of technology as an enabler to growth.

This may smell a little like that clichéd post – a year in review. Now, even though 2012 has been and gone, and while we don’t embrace clichés on these pages, far be it from us to pass up on the chance to take a fast-growth focused look back at some of 2012’s biggest stories.

After all, much of the below will echo throughout this new year.

Most will have felt tech thrusting itself forward this year. But it was three key tech developments that caught my eye.

Firstly, big data has well and truly arrived. According to the IDC, 90% of the current ‘data’ in the world was created in the past two years, growing at a rate of 40% every year. Future business growth may become dependent on the ability to capture, manage and interpret this information.  In addition, this isn’t just about big data for big businesses, it’s about taking a mix of structured and unstructured data; for example, do you know what your customers are saying about your product or service on Twitter, Facebook, etc? So the explosion of data applies to every size business.

Secondly, everyone is on the move. Levels of mobility have rapidly increased, bolstered by some of this year’s techiest trends – BYOD and 4G. Most SMEs have mobility on their radar because, ultimately, it will govern the consumerisation and consumption of electronic products for the coming years.

And lastly, but  certainly not bottom of the pile, the cloud environment is billowing. For most, supply chain management, CRM activities, accounting and marketing software are all being migrated to the cloud. Many businesses will be feeling the initial strain of investing money and time in cloud platforms and staff training. However, for those who are already afloat, they’ll be enjoying an easier and faster way of doing things.

We can’t really ignore it, or the idea of the “Olympic legacy” that’s being banded around. Although, we’re already being told that the financial legacy of the Olympics needs careful management if it’s to be truly effective.

That said, there’s little doubt that the Olympics gave the British economy a much-needed shot to the arm. Consumer spending alongside the Games helped the economy to grow by 1% between July and September. This little nugget of information has worked to rekindle our confidence in the UK economy. In fact, in the run up to Xmas, UK shoppers spent £1.75billion in one weekend, up by 17.5% from 2011.

Perhaps the biggest business opportunity here lies with the nation to which we passed the Olympic torch. Rio ’16 is already on the horizon and, as fellow Think Big contributor Charles Orton-Jones will tell you, that could be huge for British SMEs.

Tech City should be on the radar of anyone who cares about innovation and fast-growth. It’s as much about start-ups as it is about those that have already grown. And it’s not just important for London – “Silicon Roundabout” is a global statement of intent when it comes to tech in the UK.

Just recently, we video interviewed graduate entrepreneur enthusiasts Entrepreneur First, who believe coders are the new rock stars of the business world. For them, the growth to be had using tech should be taken seriously – a notion they will carry with them when they move in to their new home at Google UK HQ.

Everything here points to one final thought – 2013 is there for the taking.