With the explosion of smartphones come the limitless possibilities.  Our smartphones are more powerful than the computers that ran space missions.  And we keep coming with new great ideas on how to leverage our smartphones.  However I would like to discuss what people can do today. 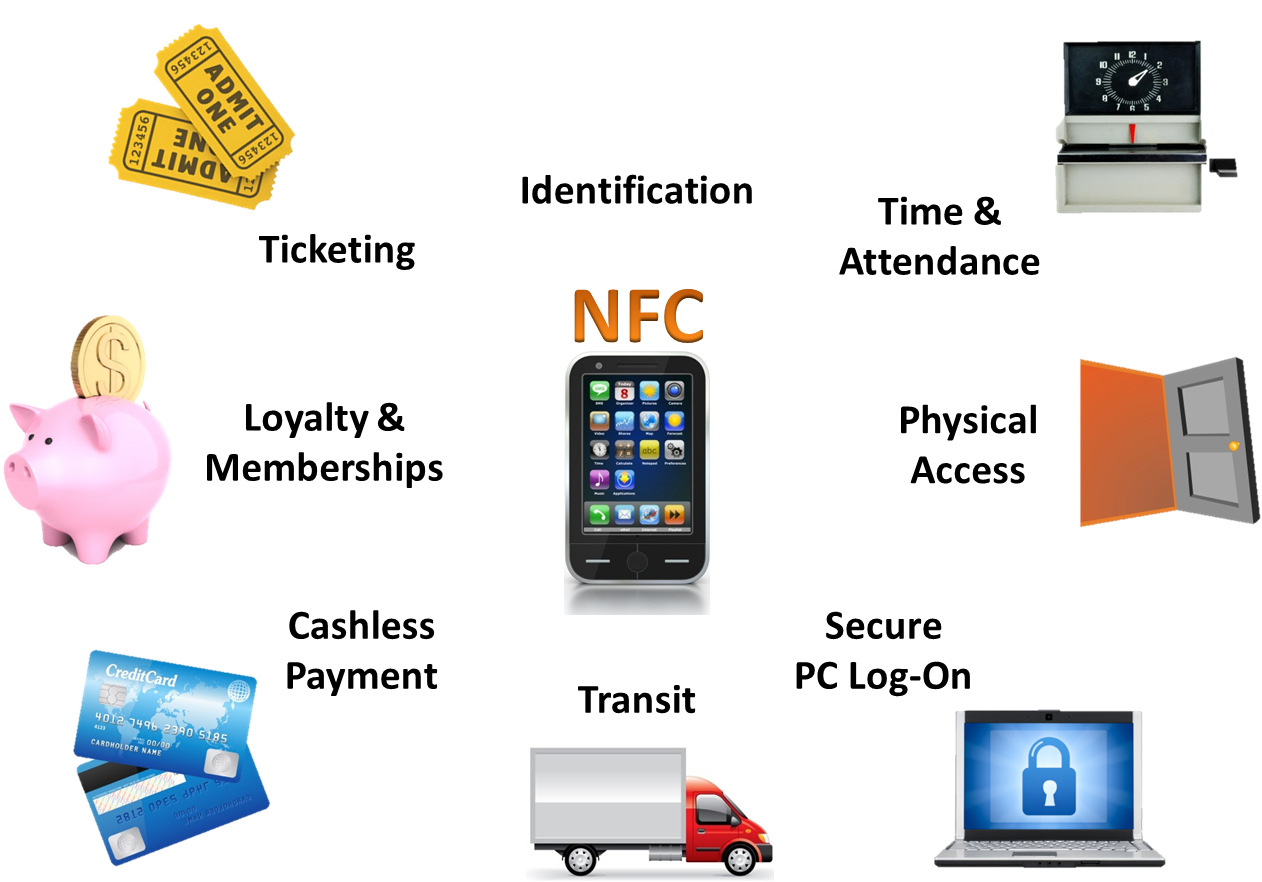 One technology that we are starting to hear about is Near Field Communications (NFC).  But if I were to put out a poll asking people what it was, most would have no idea. Nevertheless, analyst expect to see over 100 million handsets with NFC in 2012.  In fact they estimate that 50% of smartphones will have NFC capability by 2015.

NFC is being used for mobile payments.  Just swipe your phone at the register to give your payment information as you pay for your goods at a retail store.  Emerging markets are actually adopting mobile payments faster than the rest of the world.  It is expected to have over 160 million users in Asia/Pacific region and almost 450 million users by 2016.

Samsung TecTiles has also opened up the doors for other NFC uses.  They have tags you can put up where they can be read by your smartphone.  You can walk into a business center and have an application launch or get an invite to join a Wi-Fi network.  You can use it to make a call assigned by the tag or share your contact information.  It can also help with location and social tools such as show an address on a map or check you into Foursquare.

Now my favorite new technology is Augmented Reality (AR).  However not everyone shares my enthusiasm. FierceDeveloper said on June 12, 2012, “AR may very well be the coolest $0 billion technology market out there… Augmented Reality presently lacks a mass market application which truly captures the imagination of the user.”

With that said, Google is entering the fray in the AR market.  They have a new Google Glass Project that truly is the vision for the future.  It offers you “heads-up” contextual information.  Rather than me explaining all the cool features, you should watch this demo.  You can see the voice commands with the visual tools at Google Glass Project Video on YouTube.

The last set of applications discussed today can be classified as SWISH (See What I See & Hear) applications.  An example is an app called Sidecar.  People can call and share video, photos, location, contact info and texts.  Basically it’s a super dialer for your phone.  You can use it for remote support where you can be on a call while showing the tech support agent a video or picture of the problem.  You don’t need an expensive tele-presence service for sharing anymore.

These examples are just a tip of the iceberg of what’s practical today.  And don’t blink because more is coming your way too.