The user wants to copy data from 1 Category to another (say Version 1 to Version 2) or from 1 datasource (audittrail) to another for a particular product, cost center etc.

In such cases, the users would often like to select only the profit center & the time period.

The default ‘Copy’ package provided by SAP BPC, however, expects the users to select the dimension members for all the dimensions. 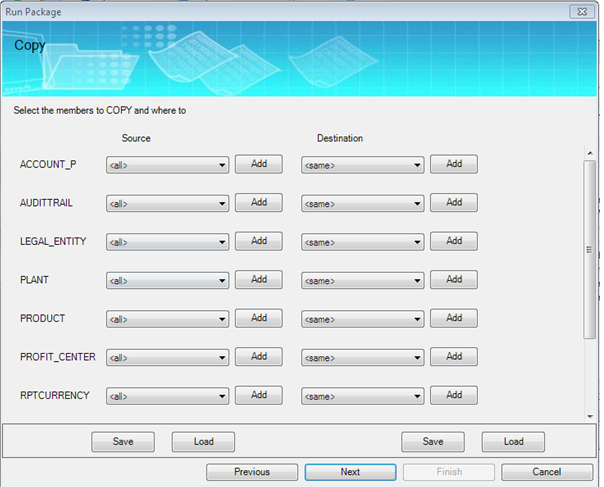 In the above screenshot, the user is expected to certain dimensions like Audit Trail, Rptcurrency etc. which if wrongly selected might disrupt the Data range saved into the server.

Users often request the ability to select the necessary dimensions only (with which he/she is generally concerned) and not all the dimensions. And rightly so, as quite often too many member selections might confuse the users and they might end up copying the data to a wrong data range.

The user would be copying the above-mentioned data range quite frequently during the budgeting cycle. Considering the fact that this is a frequently run data package, the user doesn’t want to select the static dimension members (Sales Quantity & NO_PLANT in this case) for these dimensions (ACCOUNT & PLANT respectively) again and again, and would prefer if the same are hardcoded. (This will also help in ensuring that the data values are not erroneously posted to the wrong data range due to an incorrect selection.) 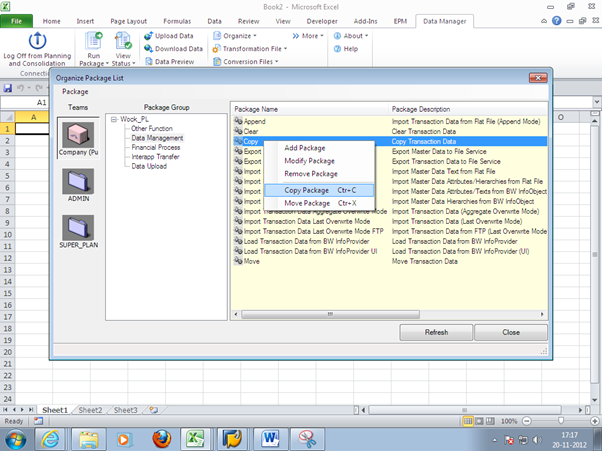 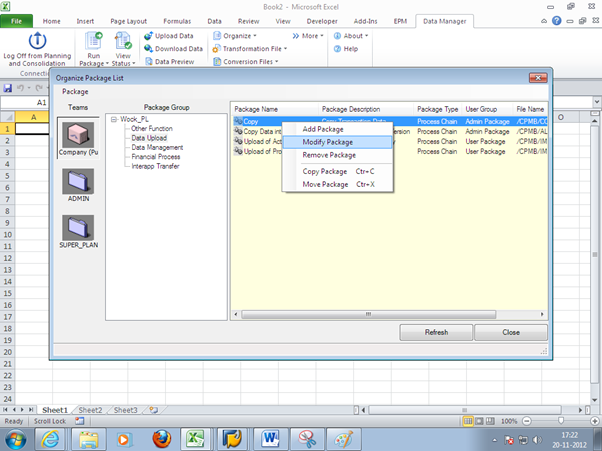 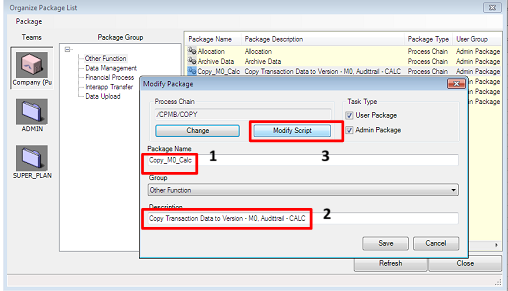 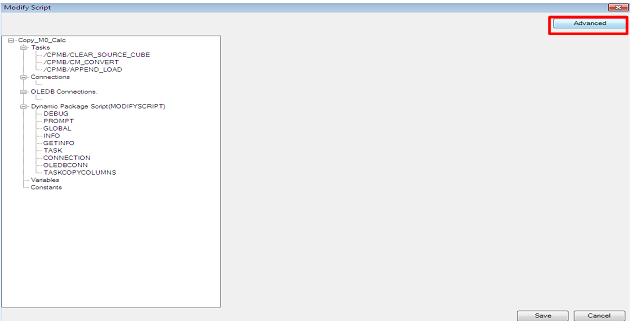 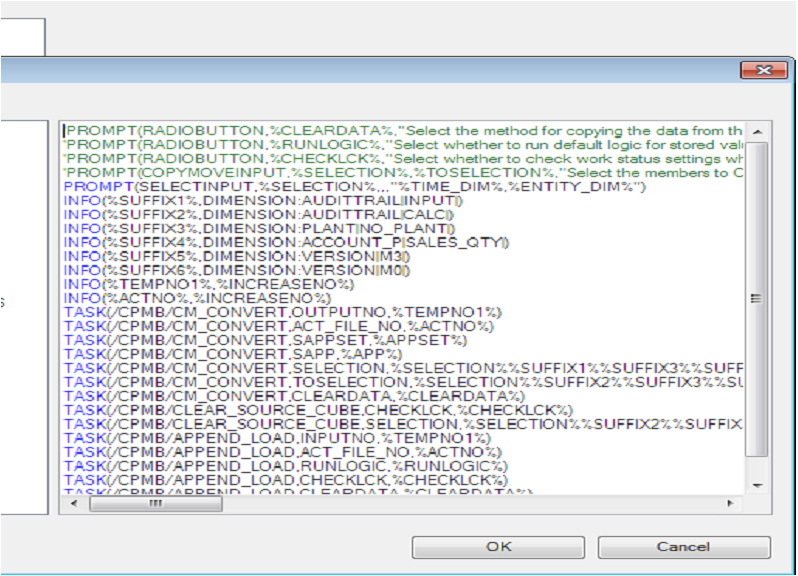 Explanation of the Code:

If default logic is to be run without the user being specifically asked regarding the same, instead of using

Instead of the complicated FROM & TO selection options, the user is greeted with a simple drop down for Profit Center and Time. 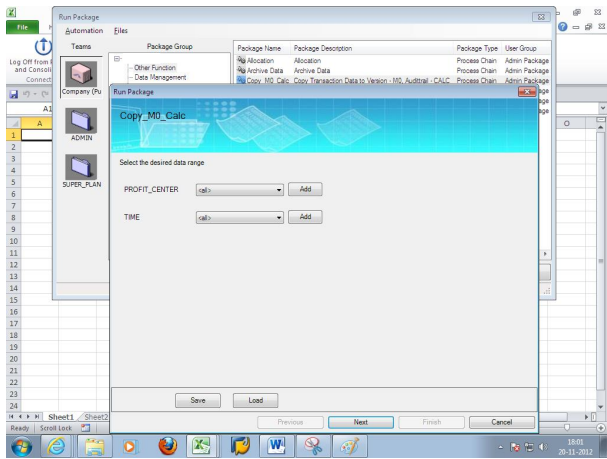 The user only needs to select the dimension members for profit center and time, click on Next and then run the package.

The data will be copied as:

Special thanks to Vadim Kalinin who assisted me with this at the SCN Forums.