There have been many gripes about the SCN site login, which after a year is better than when it started, but still not quite as persistent as we’d expect.  I showed Oliver Kohl a video (online somewhere, I assume) of the login time sequence and he requested more step-wise detail, recommending Firebug as a tool of choice. I’d used something similar, or maybe an ancestor, on debugging another vendors web app.  What follows are screen shots of the re-connect after being logged out, on different days, and from different locations, as well as tables from a spreadsheet via screen scrape.  I was expecting firebug to have some kind of roll-back history option, but once your browser went to any other page, that log time detail was gone.

Check out the history of releases and bug reports (AKA “known issues”), which both include comments about login process changes.

What runs long?  The only thing I see is the “get count” at a few seconds on most tries, nothing worse than 5 seconds.  Doesn’t seem that short, but it all adds up. 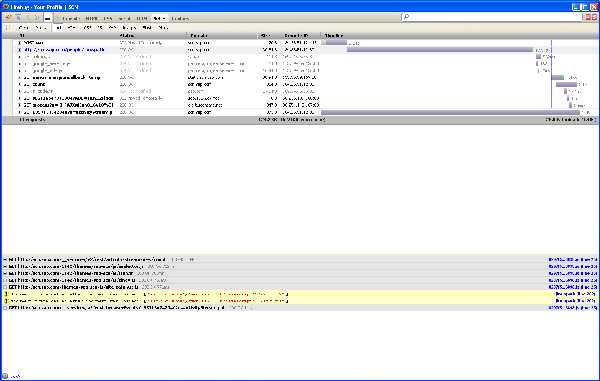 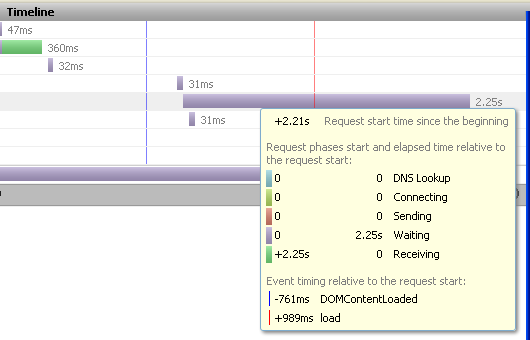 I hope this helps further the debug process.  I’m sure it’s buried in browser independence, Jive-default, and scalability factors.  It did seem that the old SCN wasn’t that bad after all (not counting the software crashes – this Jive version has been much better behaved there, given the user base width).

One of my impetuses for this work was a fellow traveler, Ethan Jewett , pushing on the same rope.  Thanks!

any chance you can do another run and log the full session? There is a switch in Firebug named "Persist" (also showing in your screenshot) which will enable to keep all network trace information even when switching between systems or doing a page reload.

To really understand where the real bottleneck during login is it would be necessary to see the full request session including all requests to accounts.sap.com.

Thanks for all the effort!

Oliver Kohl  I tried the "persist" button and got extraneous data such as from linkedin and gmail, which are running on other browser tabs.  You probably don't want to see them, and I probably don't want to "close all tabs and clear my browser cache" on my main PC.  I will need to try this on a spare machine.

However, this step still jumps out:

The GET count calls are obvious and we are working on some performance improvements there already, but the full network trace is important here to get the big picture.