A team of middle school students from Germantown were among six finalists—the only kids on the stage—to show off their mobile app invention during a technology conference in Las Vegas on Last Tuesday.

The Germantown Droids—Nikola Bura, 11; Angelo Castro,13; and Jordan Qassis, 12—demonstrated their Food Agent app, which can scan the bar codes on supermarket items, tell you where the food came from and if it could possibility be contaminated 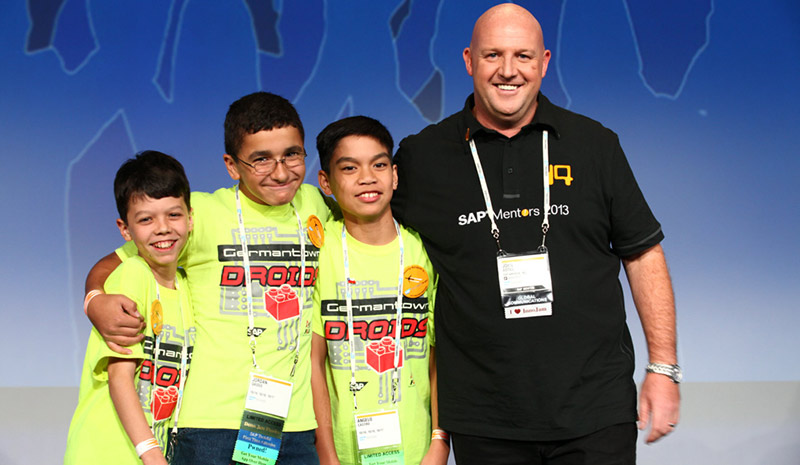 Angelo Castro, at left, and Nikola Bura demonstrate how to use Food Agent, an iPhone app they helped create, during the 2012 SAP TechEd conference in Las Vegas.Credit SAP Teched 2012.

Later in the day SAP Co-CEO Bill McDermott shook hands with the lads, and then handed out business cards. “We’ve got to stay in touch,” he said. “When you guys become lead developers or CEOs, don’t forget your friends, alright?” The high-profile attention didn’t seem to faze the crew from Germantown, as if they were accustomed to attending business conferences and receiving C-level executives.