Mike Watschke, who is with the SAP BI Global Center of Excellence, provided this session earlier this month.

The usual disclaimer applies that things are subject to change.  Some of this was discussed in an SCN webinar last week. Here is the PDF and here is the link to the recording.

He explained that SAP Predictive Analysis was not designed for statistician.  BI is very good at historical and current day but often it leaves out forward looking & what-if. 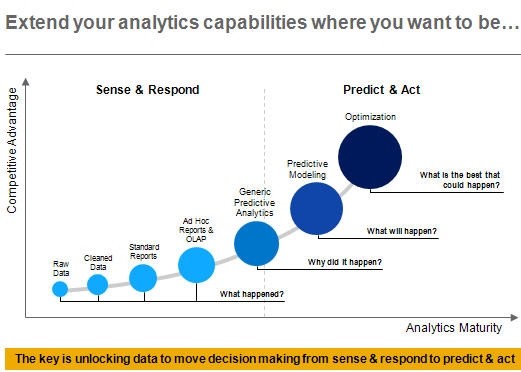 Figure 1 shows the plan is to make BI more pervasive 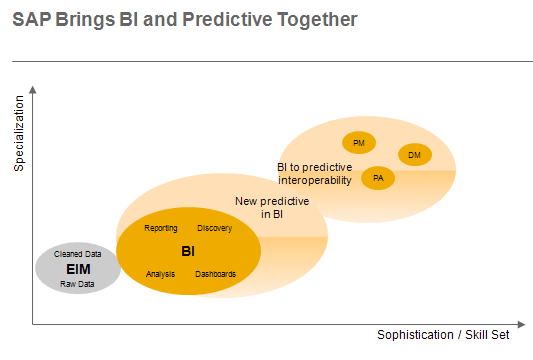 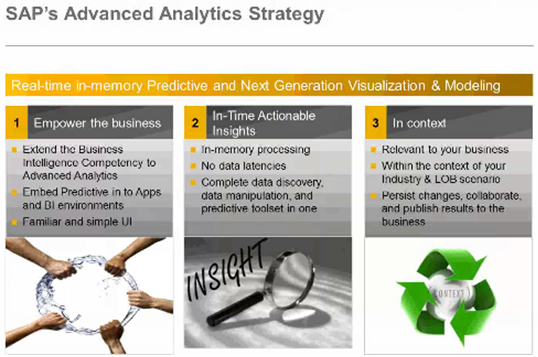 Figure 3 shows you can embed predictive into BI environments with a simple user interface.

It uses Visual intelligence –steps 1 and 3 of Predictive is Visual Intelligence, with a drag and drop interface.  There is no coding involved and integrates with R. 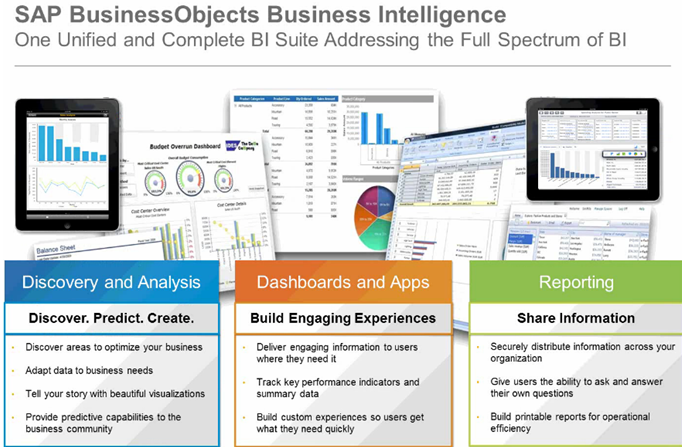 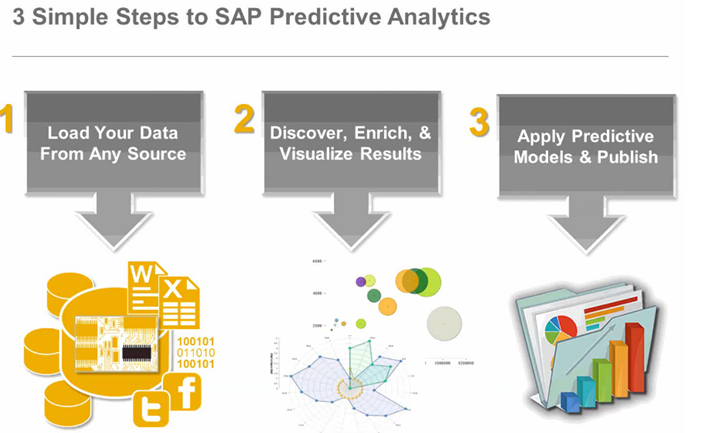 Figure 5 shows the steps for Predictive Analysis.  Step 1 you load the data using the Visual Intelligence front end, step 2 you enrich the results, and step 3 you apply predictive models and publish. 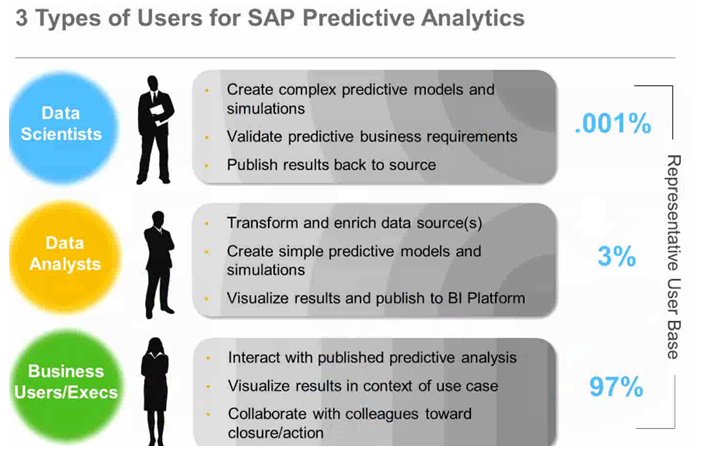 The rest of the users want an integrated, co-existence strategy

He said a “wrapper” is coming in January.

The webcast includes a demonstration of Predictive so I encourage you to watch it.

Right now Predictive has 16 algorithms;  some with R which is part of an open source library  that you can use inside of predictive or pass through PAL and Hana

Mike explained that in Q1 they plan to include a wrapper; you go to the R community – look at code – function library , C++ copy code and paste into wrapper

Right now the Visual Intelligence code line is in Predictive.  You cannot install both on same machine as they share java code libraries.

With the integration between Predictive & Hana – PAL that lives within Hana – today they have 5 algorithms.  In Q1 2013 they plan to have 15 algorithms.  He said when they bring data into HANA, the predictive, processing and logic is all in HANA