Follow RSS feed Like
58 Likes 58,241 Views 45 Comments
ℹ   Did you stumble across the fact that after installing Enhancement Package 6 for SAP ERP 6.0
(from which you know that it is based on Enhancement Package 3 for SAP NetWeaver 7.0)
the system/status information of your SAP ERP – ECC server shows components with version 7.31?
Let us have a short review on how this happened … 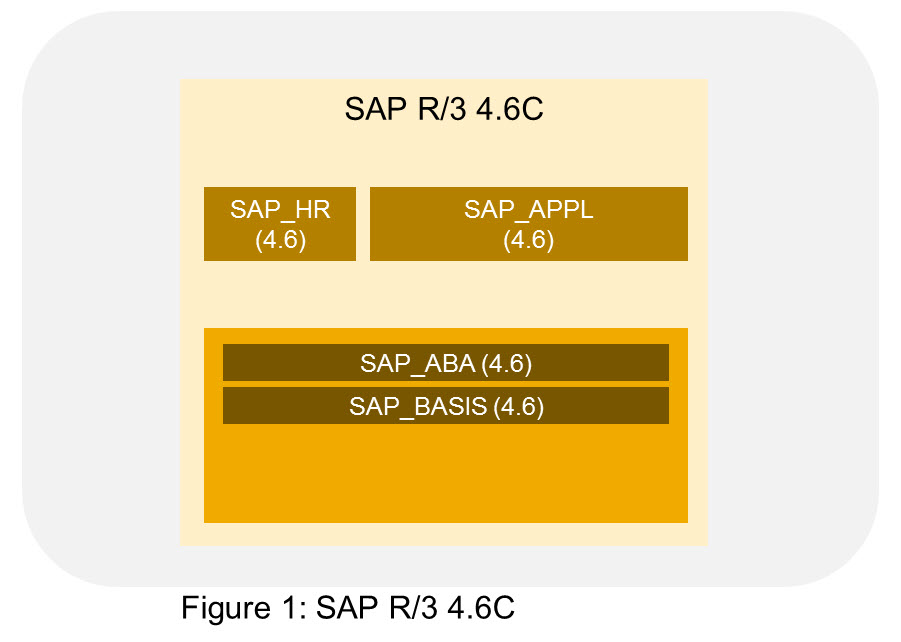 ℹ Only a part of all software components are shown in this and the following figures.

Nowadays it is more complex 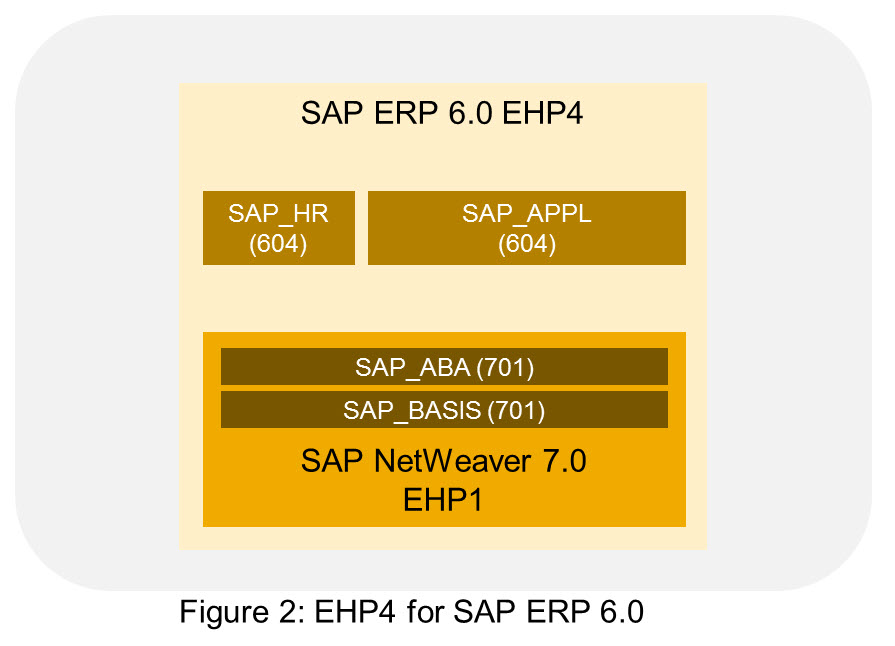 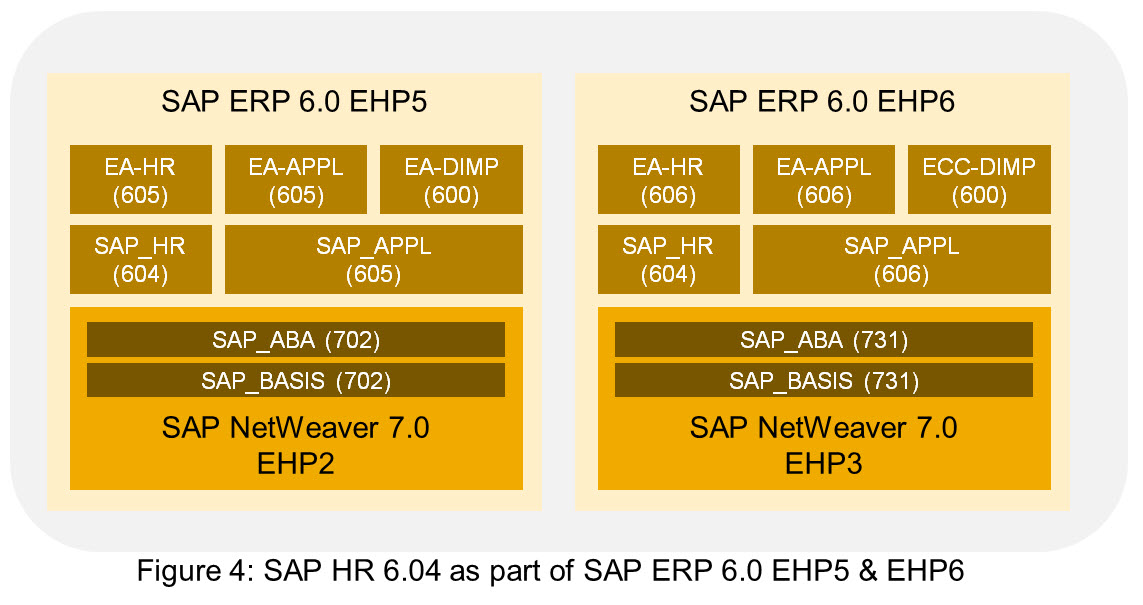 Let us focus on one prominent software component of the foundation of each ABAP system: SAP BASIS. After SAP NetWeaver 7.0 was released, the code line of SAP BASIS 7.0 was split. On the one hand, this allowed faster innovation for technology solutions like SAP NetWeaver Process Integration (PI), based on SAP BASIS 7.1, 7.11 and above (until 7.3). At the same time, the SAP Business Suite based applications like SAP ERP had the requirement of a stable core. This lead to the code line 7.0, 7.01, and 7.02.
Meanwhile SAP has reached a high degree of interoperability between SAP Business Suite based application systems (like SAP ERP) and SAP NetWeaver based technology systems (like PI). So it was possible to merge the two code lines back into one – and this one had to be named 7.31. 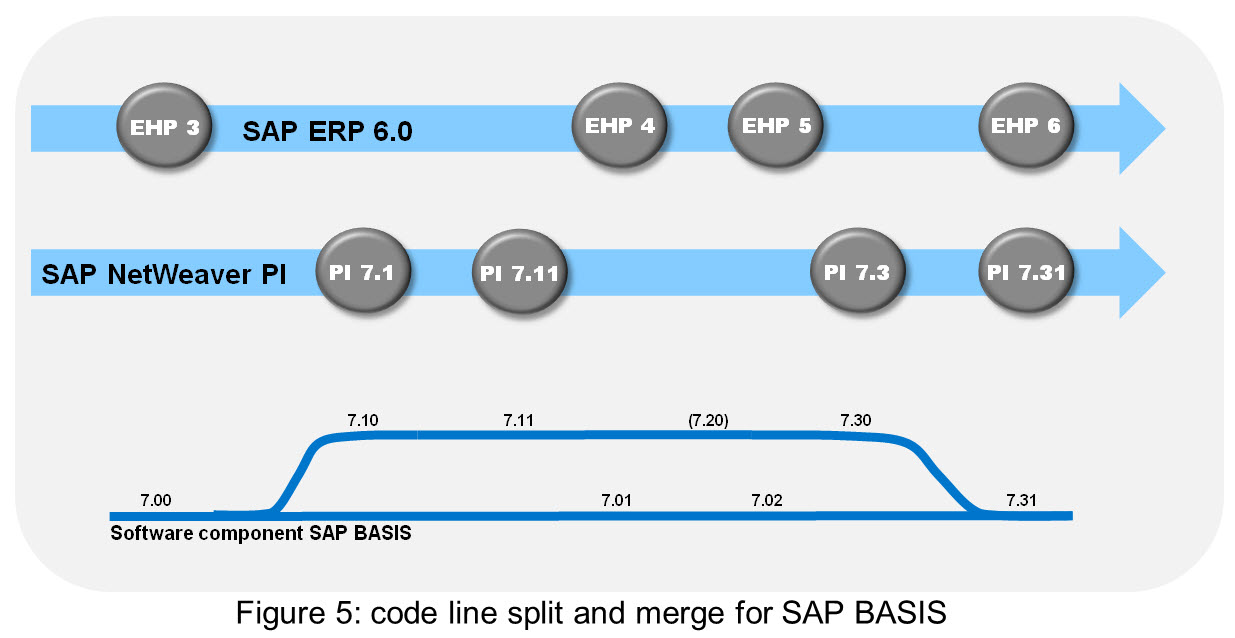 This blog intends to make you aware of the fact that product versions and software component versions have their own numbering – it still simplifies the picture. Figure 5 for example does only focus on the ABAP stack of SAP NetWeaver Process Integration (PI), although PI used to be a dual-stack, running a Java stack with java software components as well. Code line 7.20 (listed in brackets in figure 5) was only used for products based on the SAP NetWeaver Application Server Java, like Composition Environment (CE).