Thank you Kumar Mayuresh for Blogging it Forward to me. Almost 2 weeks passed and now I got the time to post this blog

My name is Yaseen, friends call me Yaz. Infact I have so many nicknames that I get a new nick where ever I go[school or college] as for everyone else except me, my name is a bit knotty! Whereas if I tell them my full name, it will leave them spell bound. My full name is not that tough.. after all it is Kinaramakkel Abubaker Yaseen AbdulRahiman.. See! Aint that easy? Now, if you are thinking that I might have around two to three nicks then you damn wrong. I have gone to more schools than anyone of you.. May be around 10.. So I am also known as unnikuttan, kayar, yashin, yasir, jasin, jasmin, yaz and many I dont wanna tell!

So much about my name now let me tell you about me. From childhood I have been a sportsperson. Like every other child I liked playing but as my parents say that they didn’t like me playing for too long as I play differently, unlike other children I play as if I will die if my team loses. I take it too seriously. Well, I admit that I play with my heart but I surely won’t die if I lose a game. I gave my everything to sports as a result I was just an average student when it came to academics. And you all know that in india you cant get good grades by doing well in sports. And it’s not that I played for the state or the nation, but I played with my friends and the neighborhood. My friends and neighborhood kept on changing, so did the sport I played. I could never focus on one game for more than two years. The reason for that is, if in the 5th and 6th grade I played cricket in Don bosco, Kerala, in 7th and 8th I played football with the arabs! I still remember my days in F.A.I.P.S, kuwait. How I waited for the lunch break bell to ring.. As soon as the bell rang we used to run to the football ground like mad dogs. Then begins the battle – Indians vs Arabs. There were hundreds of kids who wanna play, so the easiest way to divide us were as Indians vs Arabs. To an outsider it seemed like hundreds of stray dogs fighting for one piece of bone. Arabs though less in number, mine being an Indian School, are very talented when it comes to football. I have even played football with the wild arab kids who studied in arab schools. In 9th I lost my interest in football. Arab kids don’t stay till 9th as C.B.S.E is not recognized in their country so they leave before the boards. Now as we admire our seniors in 11th and 12th who played basketball and it is the game that girls love to watch, and that boys love to show off. My new game became basketball. I played crap in 9th and played ok in 10th but I decided to take this game for more than two years. I left Kuwait after 10th because my dad went back to ship and because of the famous P.C Thomas entrance coaching which tamed children for the engineering and medical entrance exams. Though in Kerala they played different sports, I held on to my passion for basketball and played district level C.B.S.E tournament as my School team captain. Unfortunately, I caught flu on the Doom’s day! But I took antibiotics and stepped into the coalface! We played against teams much better than us and came second in the tournament or as my friend Jayanth says we lost!

After school. I did my graduation in B.Tech Electronics and Communications in Amity University, Noida. I just took it because it was the most demanding field and to make my parents happy (Typical Indian parents want their child to be either an engineer or a doctor). I had a lot of fun in B.Tech and made a lot of friends. I started going to gym and interest in bodybuilding grew on me. Me and my best friends Ganesh and Rohit had written a blog regarding our last year in college called The Glory Days! Towards the end of B.Tech, I was sure that I would choose Telecom as my career. I wanted to make full use of what I had learned in B.Tech and not choose an IT job and deviate from it. Core telecom companies did not show up in Campus placements and I decided to do Masters in Mobile Communications. That’s how I ended up doing M.E in Communication Systems in Anna University. It is one of the premier institutes ranked 7th in India. 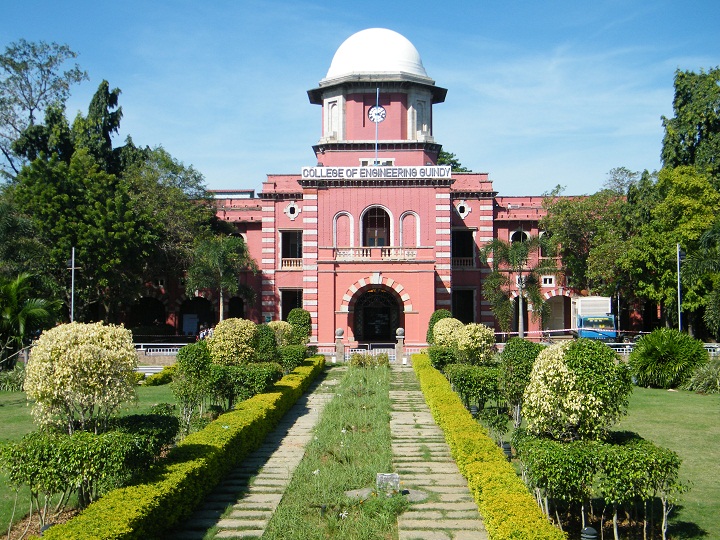 Once I entered M.E Communication Systems, I understood that this is not for me! All the other students were looking to make a career as professor. The subjects did not interest me and I found it tough to even clear the exams. After M.E I tried entering the telecom Industry but in vein as I lacked the experience. Then I finally got a job in a telecom company in Kuwait as Technical Solution Engineer. The job was good in the beginning then they wanted me to work in pre-sales and marketing which did not interest me as I wanted a technical job. Once my official visit visa got expired, I left the company and came back to India on a job hunt. My brother-in-law’s brother told me about SAP and suggested to get a certification in SAP.

SAP certification changed my life for good! Applexus was the first company whose interview I attended after the certification and I got selected. I love SAP and I now feel that I was born to do this!

I like answering to peoples queries in SCN. Sometimes, even if I don’t know about a certain topic I Google it or search other threads and post in SCN and I feel good when I solve a particular issue. I do post blogs which are usually criticized but I still love posting them and learning from every post!

I love singing and dancing even though I am very bad at both!

Project STAR(Smart Transformation at Reliance) was a real fun project and I just loved the experience. It is the biggest running SAP project in the world and the amount of technical and functional consultants working in that project was huge. I got so much exposure and was working on developing a custom SAP module which was awesome!

I am blogging it forward to Michelle Kemp and Maya Bahar

My Questions to people who I am forwarding it to: