An off-duty law enforcement officer averted further bloodshed last weekend when she stopped a gunman in a San Antonio cinema. The shooter had already wounded two people and fired upon a marked police car when the officer took action, according to San Antonio Express-News. 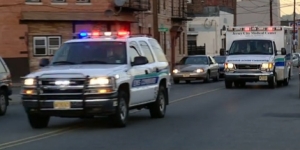 The yet-to-be-identified officer recognized signs of trouble from outside the theater, evaluated the safety concerns of innocent civilians around her and took appropriate action. All the while she displayed keen situational awareness, detecting anomalies early and acting fast to prevent disaster.

“Situational awareness is essential for police officers,” Chuck Canterbury, national president of the Fraternal Order of Police, told SAP TV. “It’s extremely important for them to have access to real-time data so that they can prepare, plan and perform.”

This is especially true when employing situational awareness to protect millions of people at once, such as deterring threats at the London 2012 Olympic Games. It can also be useful in the wake of tragedy.

Time is of the Essence 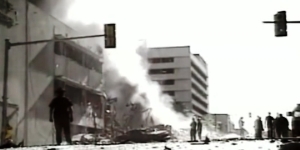 An Oklahoma state trooper stopped one of the Oklahoma City bombers for a routine traffic violation less than 90 minutes after the devastating attack in 1995 (pictured). The bomber soon drove away free and clear because the trooper had no way of knowing whom he had stopped.

Today he would have.

These real-time decision-making capabilities can expedite dissemination of disaster information. One common picture can emerge between all levels of an organization — and between all agencies involved in the response. And first responders can act more effectively to save lives, reduce harm and minimize loss.

An Ounce of Prevention

“Police officers on the ground are there to prevent and detect crime,” Andrew Watson of Greater London’s Metropolitan Police Service told SAP TV. “We should be giving them as much information about the situation they’re in as they need.”

Getting all of the relevant information to prevent crime requires collecting and analyzing far greater amounts of data very quickly. Joining people, process and information can help security agencies deliver a higher level of safety and security to their citizens.

Technology companies must present the data to authorities in a way that they can best use it. SAP does so graphically. 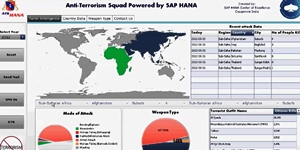 Law enforcement agencies can analyze how a specific terrorist outfit operates using real-time information about terrorist attacks anywhere in the world via this SAP technology, which is similar to that used in the company’s Situational Awareness solution. Further study of terrorist violence can help authorities avoid future attacks. So can better control and coordination of real-time information over secure mobile networks.

“The ability to run reports in minutes rather than hours — or the ability to generate responses to simple queries in seconds rather than minutes — is where the Big Data tools really come into their own,” MPS’ Watson said. “If it makes policing more efficient and more effective, then it makes London and the other places we police safer.”

“Big Data Analysis For A Safer Life” by SAP TV