I am a very bad boy. Maya Bahar blogged it forward to me more than 2 months ago and, alas, I am only now starting again to write in SCN, and only today blogging it forward.

In fact, I used to write quite a bit, about SAP NetWeaver Portal and SAP Business One, back in the day when it was known as SDN (I still call it that!) and they still gave away shirts and stuff. I miss those days, since my “Uber Geek” T-shirts are starting to wear out. [Whenever I think of SDN’s decision to stop giving out T-shirts and donate to charity instead, I think of this routine by Ricky Gervais: http://youtu.be/_FyGoUniJi4.]

Here’s my remembrances of SDN, via my T-shirts:

I want to say how great SCN is. Because of it, I got to virtually meet people from all over the world (Italy, China, Germany, Brazil) and in all areas of the SAP food chain (development, presales, support, trainers, architects), both from SAP and mostly outside the company. I also got to go to TechEd in Amsterdam and in Munich, and to meet a few people in person who I had corresponded with for years — that’s there I first met Maya.

I grew up in New York, that is, Manhattan, and never thought I’d live anywhere else, but 10 years ago my wife decided to move my daughter (4 years old at the time) and me to live here, at a time when the country was reeling from the dot.com bust and a series of terrorist attacks. I do what I am told so I didn’t give it too much thought, but it is sometimes scary living here — just the other day, the company specifically updated the contact information of people living in Israel, you know, just in case.

My son, now 9, was born in Israel, and though we exclusively talk English to him at home, he is really an Israeli native. He occupies a lot of our time, as he is on the autistic spectrum, though he is great and improving and, I think, happy. I wanted to show a photograph of him, because it relates to SAP. Here he is in a Special Olympics swim meet, where he finished 3rd and won a bronze. But this upset him something fierce, since his friend won the gold, which he wanted. He settled down, worked really hard, fixed his form in the water, and at the next swim meet in Tel Aviv, won his event. 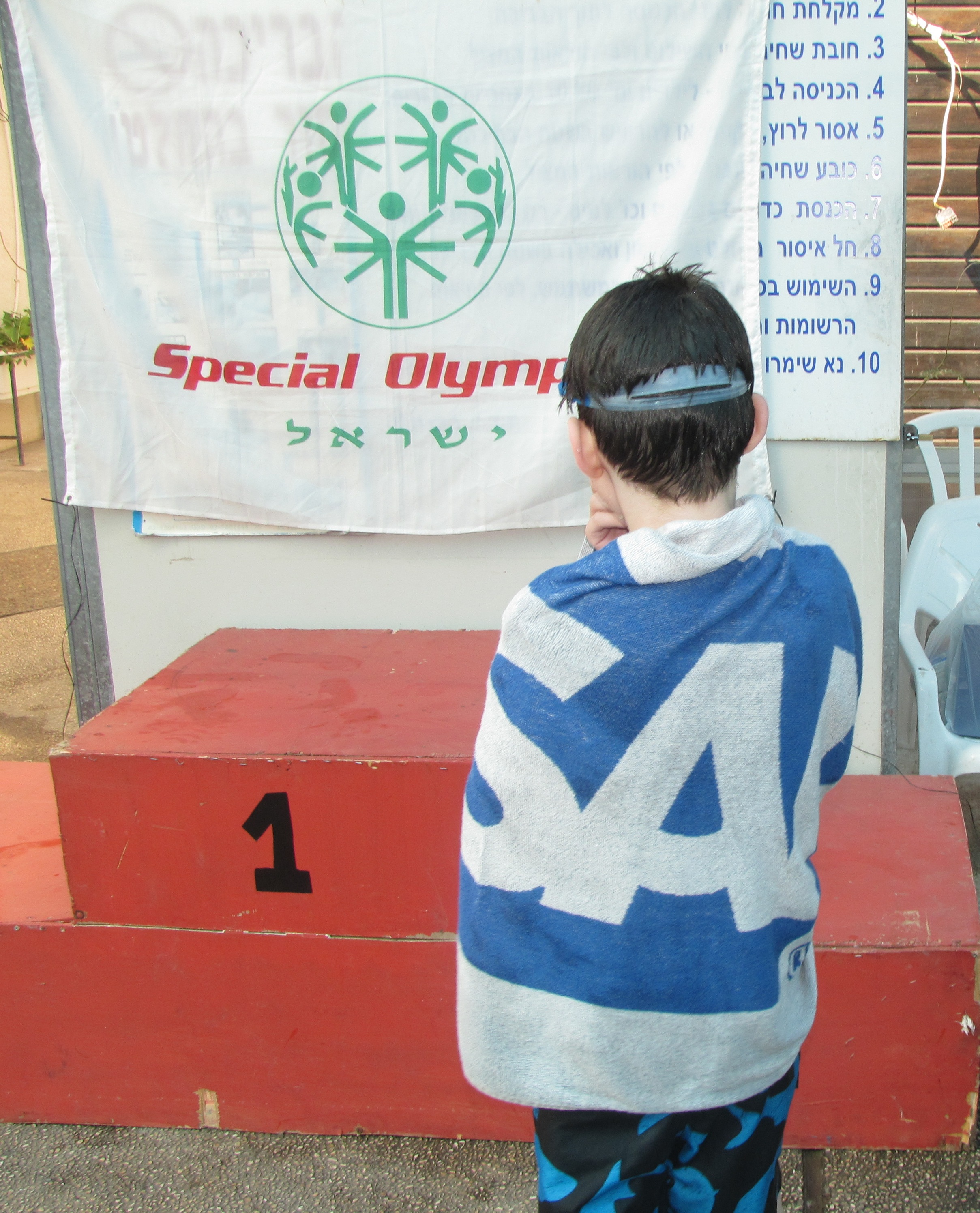 What would you consider to be your ideal job, aside from your current one?

Concierge at a relatively fancy hotel. I would meet all kinds of fascinating people, learn very intimate things about them that perhaps they don;t tell their family, and I would get to help people in the most interesting ways, and have to be clever to solve those problems.

What is, in your mind, the best invention?

reCaptcha, which is a really clever use of the standard captcha technology to help digitize books, since users are asked to identify 2 words — a known word and then a word from a book scan that cannot be identified without human intervention. Who thought of using the verification technology to help fix errors in the scanning process for digitizing books? Amazing!

A close second is the invention by crooks to circumvent the captcha technology by instantaneously visiting a page with a captcha, then displaying that captcha on another Web page with a real person, who identifies the captcha. The crook transfers the answer to the website he is trying to enter. Smart, even if it is evil.

If you could have dinner with one person, dead or alive, who would it be?

I’d like to thank Jason Lax, Gali Kling Schneider, Marilyn Pratt and all the guys at SCN for their support, as well as Tridip Chakraborthy for his work in the SAP Sourcing area.

Please reply to one or all of the following questions: