I recently attended a social media conference hosted by the CMA and Canada’s Marketing Magazine (see #social12 for the tweet log). The keynote presenter was Mark Schaefer (blogger and author of Tao on Twitter and Return on Influence). Schaefer’s content was great, and his presentation style was very engaging. A lot of his talk focused on social media influence and the role that Klout (and other orgs) plays toward measuring it.

An interesting thing happened during the session, right after Schaefer mentioned his Klout score. The person sitting next to me leaned over, showed me her Klout score on her iPhone, and said “hee, hee…my score is higher than his.” I didn’t know her. We didn’t speak again. And, I spent the rest of the session trying to resolve one thought in my head….”so what?“

The more I learned about Klout and other measurement organizations, and the more I thought about the comments made by the person at my table, I concluded that any measurement equation for social media should also account for a person’s existing social credibility — meaning who they are, what skills/expertise they have, etc. It makes sense to me that — if success in social media is established by potential influence — the credibility calculation should also be anchored in, and qualified by, real-world factors as well.

I would think someone like Sam Fiorella would agree with the need for balance. I just read an article about Fiorella, a partner at a marketing agency (called Sensai Marketing). Fiorella is proud to tell everyone he has a Klout score of ZERO. What makes Fiorella’s story intriguing is that, in April, he was profiled in Wired Magazine depicting how he used strategy and hard work to reach a Klout score of 74. Now that’s intriguing! — in just a few months, Fiorella completely reversed his strategy and took his Klout score down to ZERO. Why? Well, in my opinion, it’s because he grew unhappy with the balance between his social media and social credibility.

In the article, Fiorella points out being perplexed when a prospective customer offered him its business, without even asking him to pitch his ideas. The organization had predetermined he’d win the business, without even having a conversation with him – all because of his Klout score and social media reputation. I think this didn’t sit well with Fiorella…should it have? http://www.marketingmag.ca/news/media-news/sam-fiorella-has-no-klout-by-design-67193

Mark Schaefer talked about this ‘grey area’ of social media measurement too – he warned that we need more real-life proof (familiarity, expertise, etc.) beyond ‘number of followers’ and Klout scores. He chose the example of Robert Young to get his point across. Young was an actor who always played a doctor on TV because he looked and sounded the part. In real-life, Young was a troubled man with deep addictions to drugs and alcohol. Schaefer’s point is that people are starving for direction in social media, and may inadvertently engage people for what they perceive them to be versus what they are. 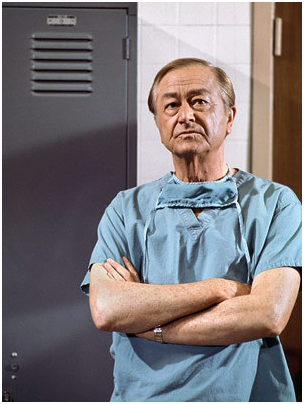 Engagement/Community Building is Key to Credibility — and Success

A recent study by a market research firm called Invoke Solutions, offers an interesting perspective on where people are placing their credibility bets in the social media world. Not surprisingly, responders indicated that the most trusted information was posted by people they knew. http://tribune.com.pk/story/441308/building-trust-credibility-of-social-media-continues-to-grow/

It’s because social media has permeated our private and public lives — and just about every sphere of human activity — that we need to have a discussion about establishing/measuring credibility. Research is showing us that social media credibility has the same characteristics as traditional credibility — but with more reach. In other words:

1. people buy from people; and,

I just don’t think we are able to measure this.

However, I do have an opinion about which social media expert has the best methodology (if not the formula) for garnering greater credibility, it’s Gary Vaynerchuk, author of The Thank You Economy. He’s ‘talking the talk’, ‘walking the walk’, and living a zen-like balance between social media and social credibility.

In his book, Vaynerchuk’s argues that social media is allowing savvy individuals and businesses to take ‘small town’ values (like knowing about and caring about everyone), and applying those values to the world at large. He is not talking about gaining followers like they’re hunting trophies to be displayed on his (Facebook) wall. He’s talking about engaging people, touching people – and reaping the benefit of having them prefer his brand because of it.

Vaynerchuk was on Piers Morgan Live last year and he explored this idea. About 9 min into the interview, Morgan asks Vaynerchuck about the race to get followers in social media, Vaynerchuk responds:

“It’s ridiculous, it’s an arms race…it’s keeping up with the Jones’…people are going to wake up in a year or two and (ask) well, what does that really mean? Today, you see brands and celebrities wanting to outdo each other. I firmly believe that it’s not about the numbers and it’s not about the pushing out of content.

It’s simply about the engagement and, in my opinion, what social [is doing] is scaling caring.”

While social media continues to mature, I hope we will see more transparency into how a person/company’s credibility is being measured. One thing that remains clear is that people will continue to buy from people. If Gary Vaynerchuck is right, and it’s all about the engagement, people will need the right balance between social media and social credibility to win the trust and loyalty of larger audiences.