SIT Bangalore 2012 was organized at SAP Labs on December 15th. This time it was an amazing event as all the sessions were local. Not only that but also we had some amazing speakers as well. Agenda of the event can be seen here.

Event started well on time with Somnath Manna briefing us about the agenda for the day. After that there was a quick networking session wherein we knew about the other attendees and also introduced ourselves to them. 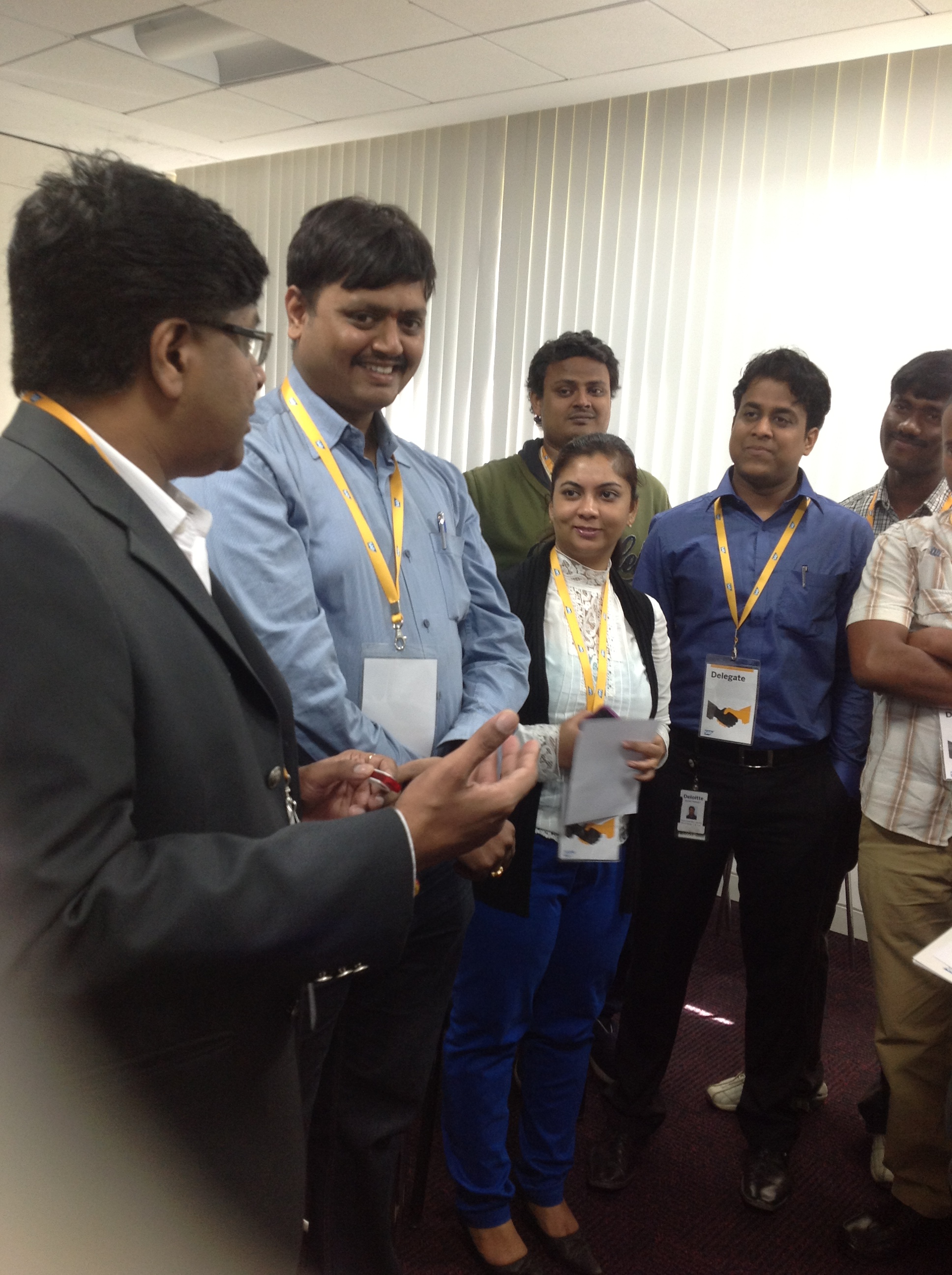 First session was a real life HANA use case from MIBS. The speakers, Sreekanth and Umakanth talked about the HANA Startup Program and also highlighted that their use case was selected from among many competitors. I am very impressed by their use case which is: to effectively manage drug demand in hospitals across geographical locations. Speakers highlighted that with the increasing demand for a drug, it could be identified if a particular disease is spreading in a particular location and based on that not only could the disease be cured but also initiatives could be taken to eradicate it. This was really cool! 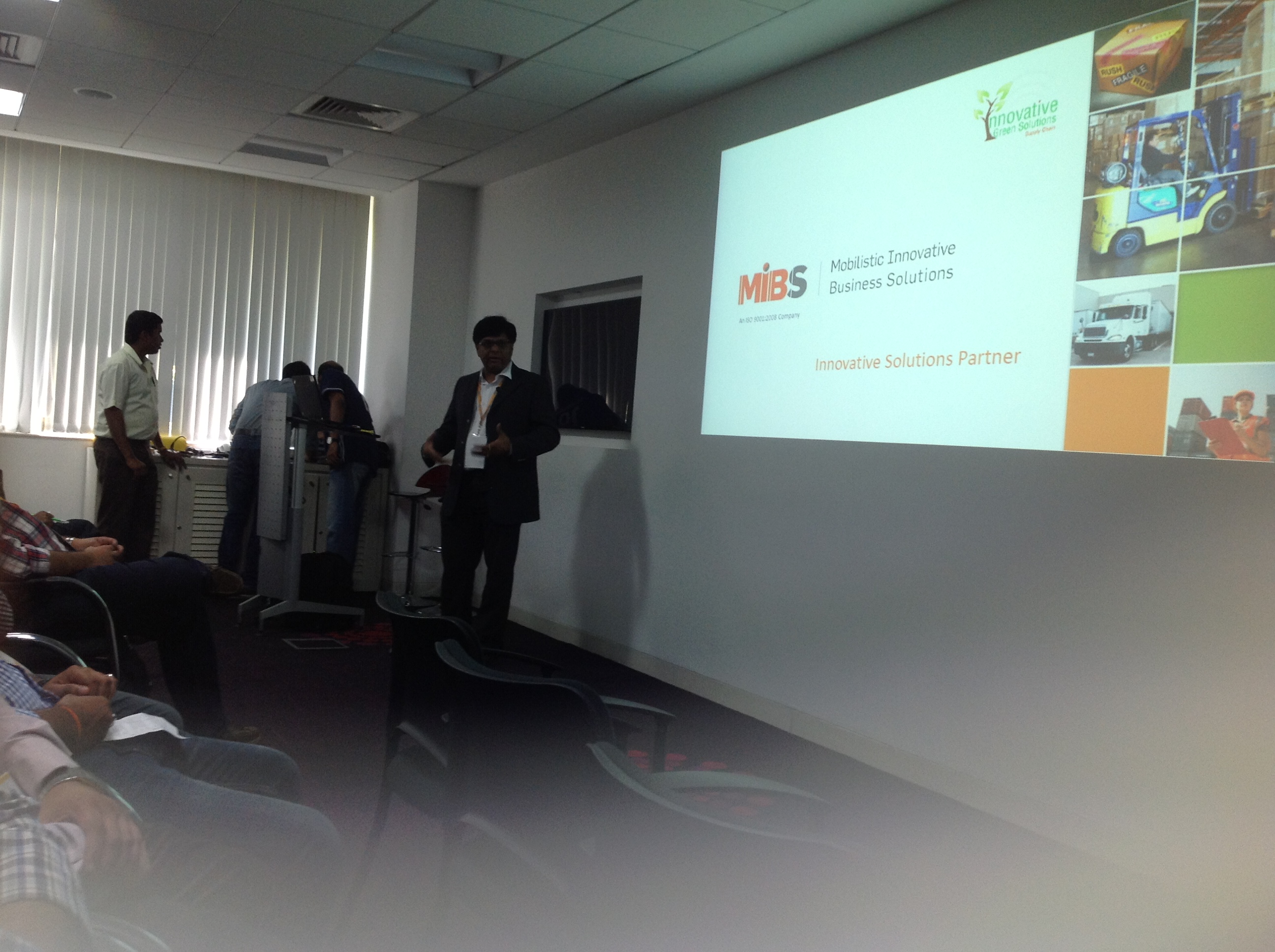 This was followed by an interactive session by Somnath Manna highlighting innovation in Projects.  Attendees were given a chance to share any unique activity performed in their projects. 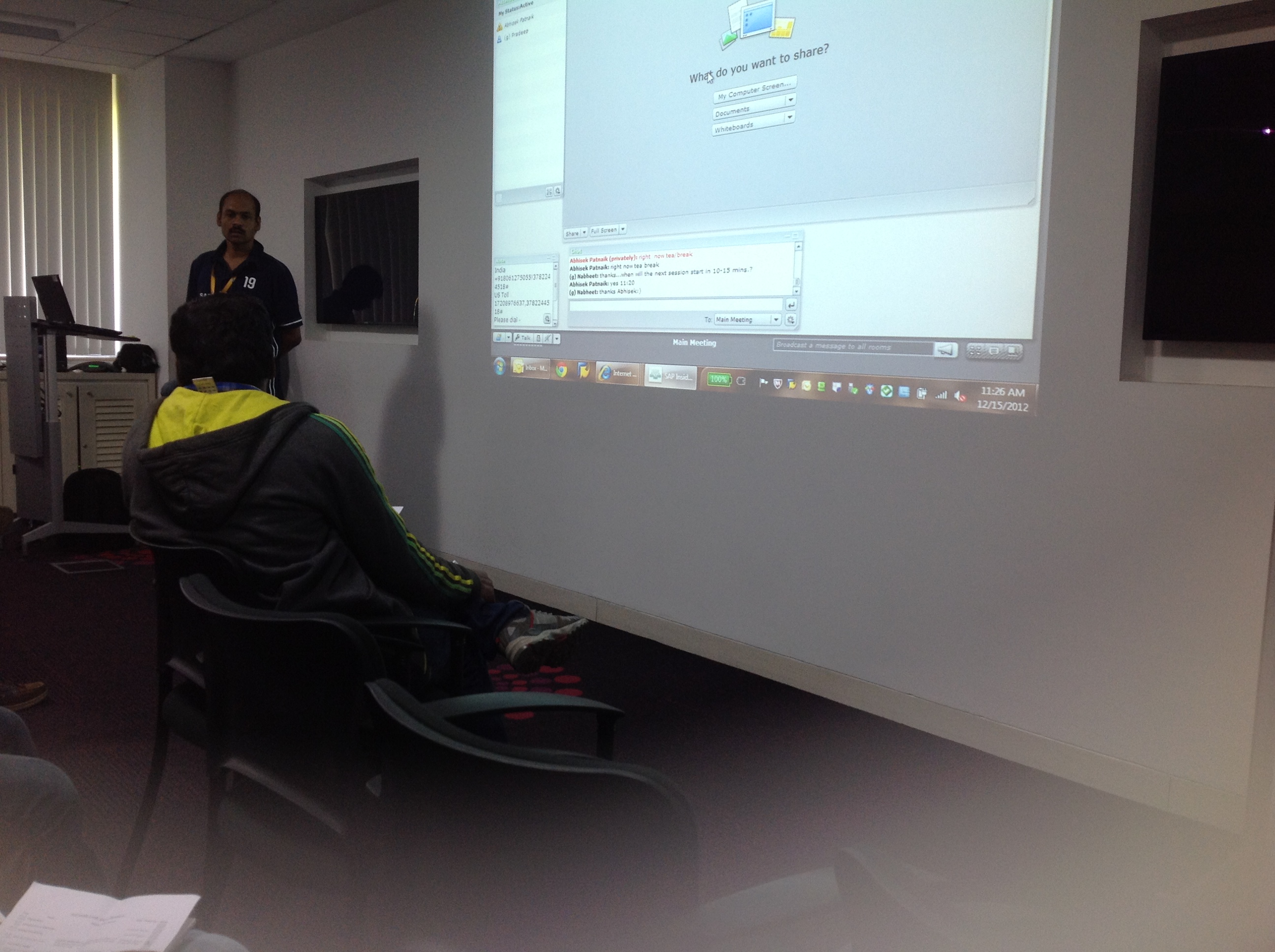 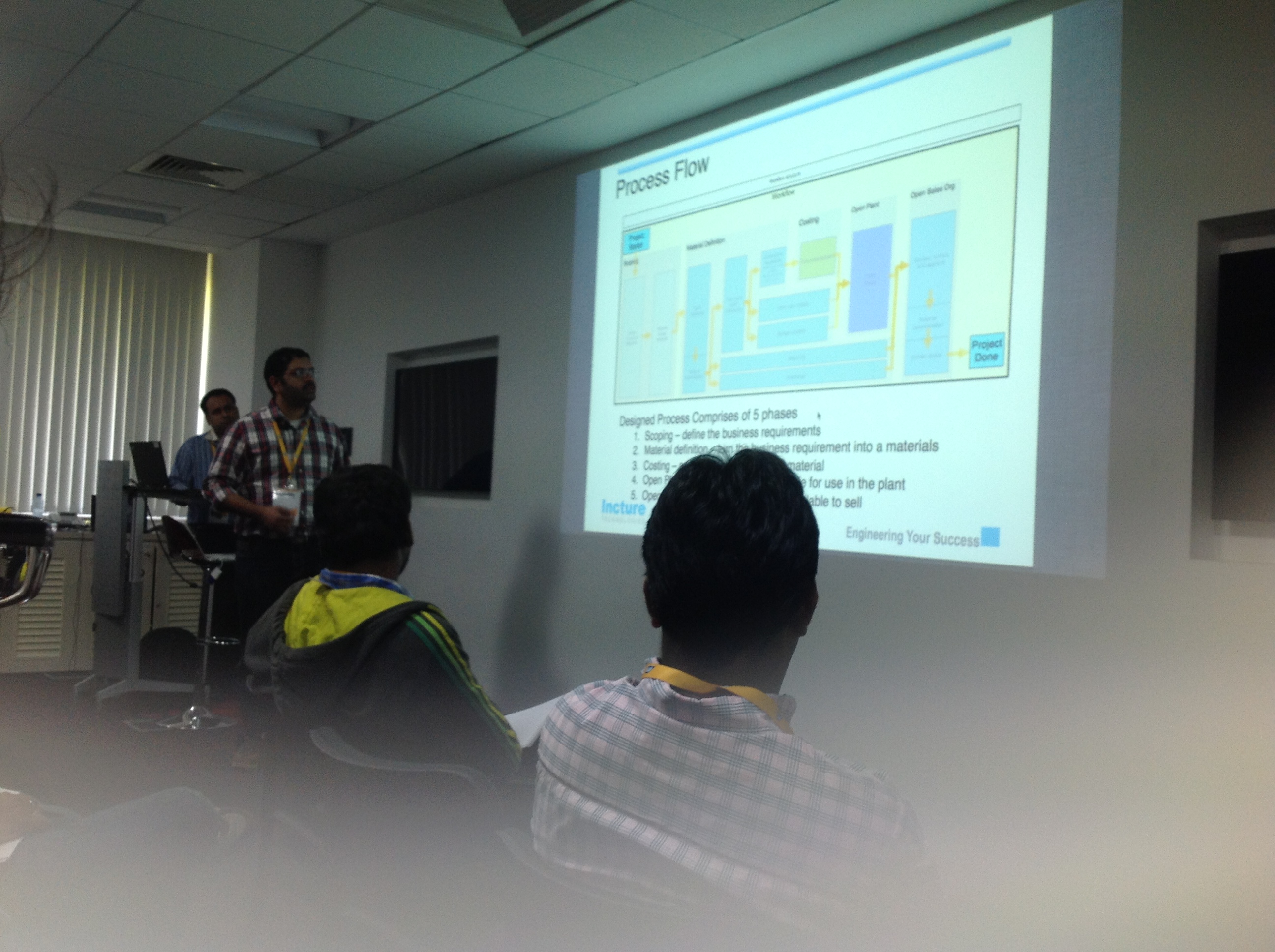 All the sessions were quite interactive with audience asking many questions to the speakers. A good overview of SAP GRC was given by Suvonkar Bashak from Gyansys Inc. This was followed by lunch break wherein attendees got some more time for networking! 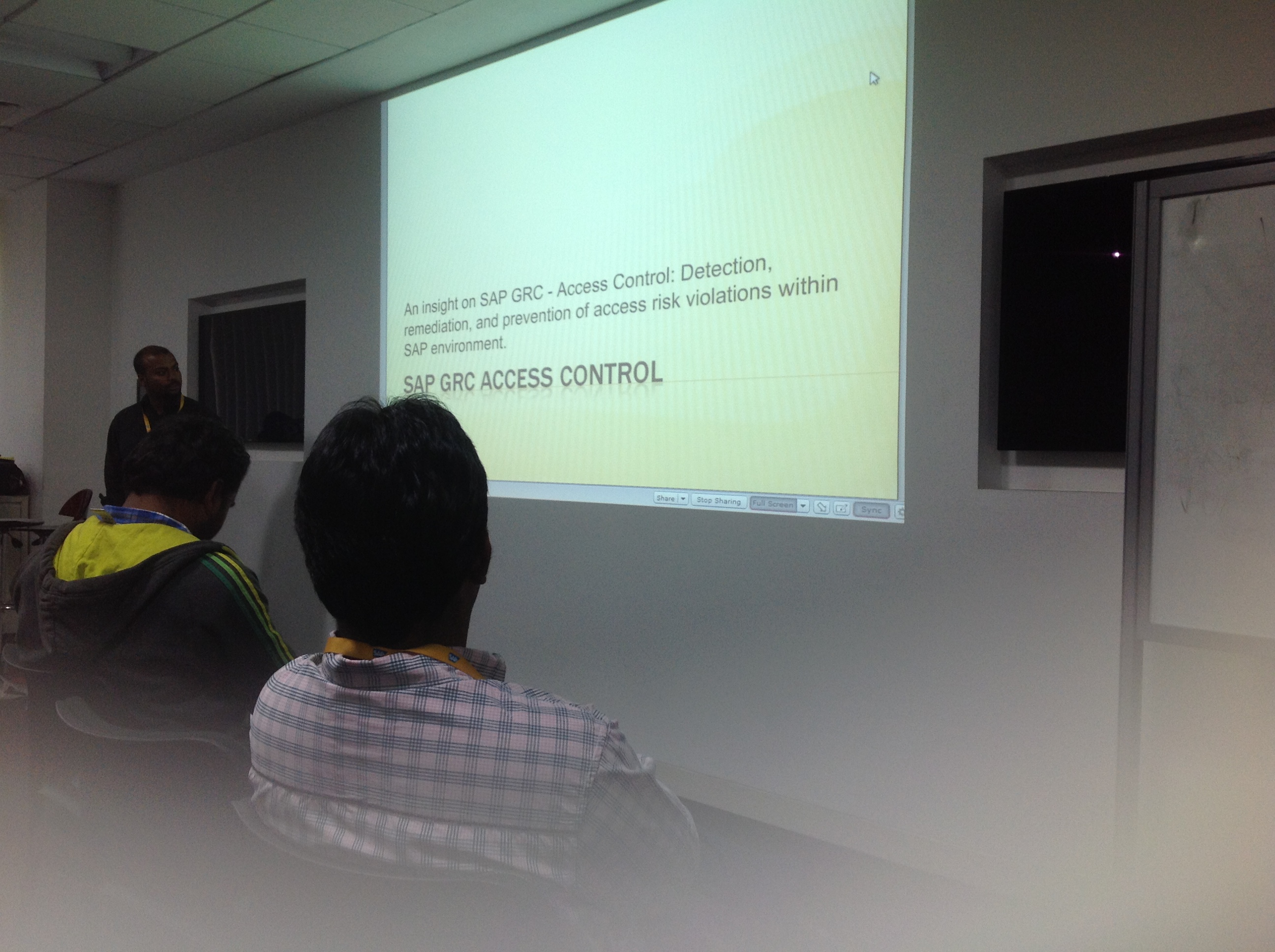 Lunch was followed by a session on Overview of SAP Sourcing by Kedar Bothe and Chaitanya Kumar from Deloitte Consulting.

The next session was on SAP Netweaver Cloud or Neo from Deloitte Consulting. I am sure Matthias Steiner would be happy. This was a cool session as the speakers Kaushik Hegde and Dhanasekar did an on-spot demonstration of an app which they deployed on cloud with the front end being SAP UI5. Kudos to them for trying this out! We were asked to rate the sessions to decide the best session. I had rated this session as the best.  They had really put on some extra effort to build some apps before coming on stage to demonstrate the same. 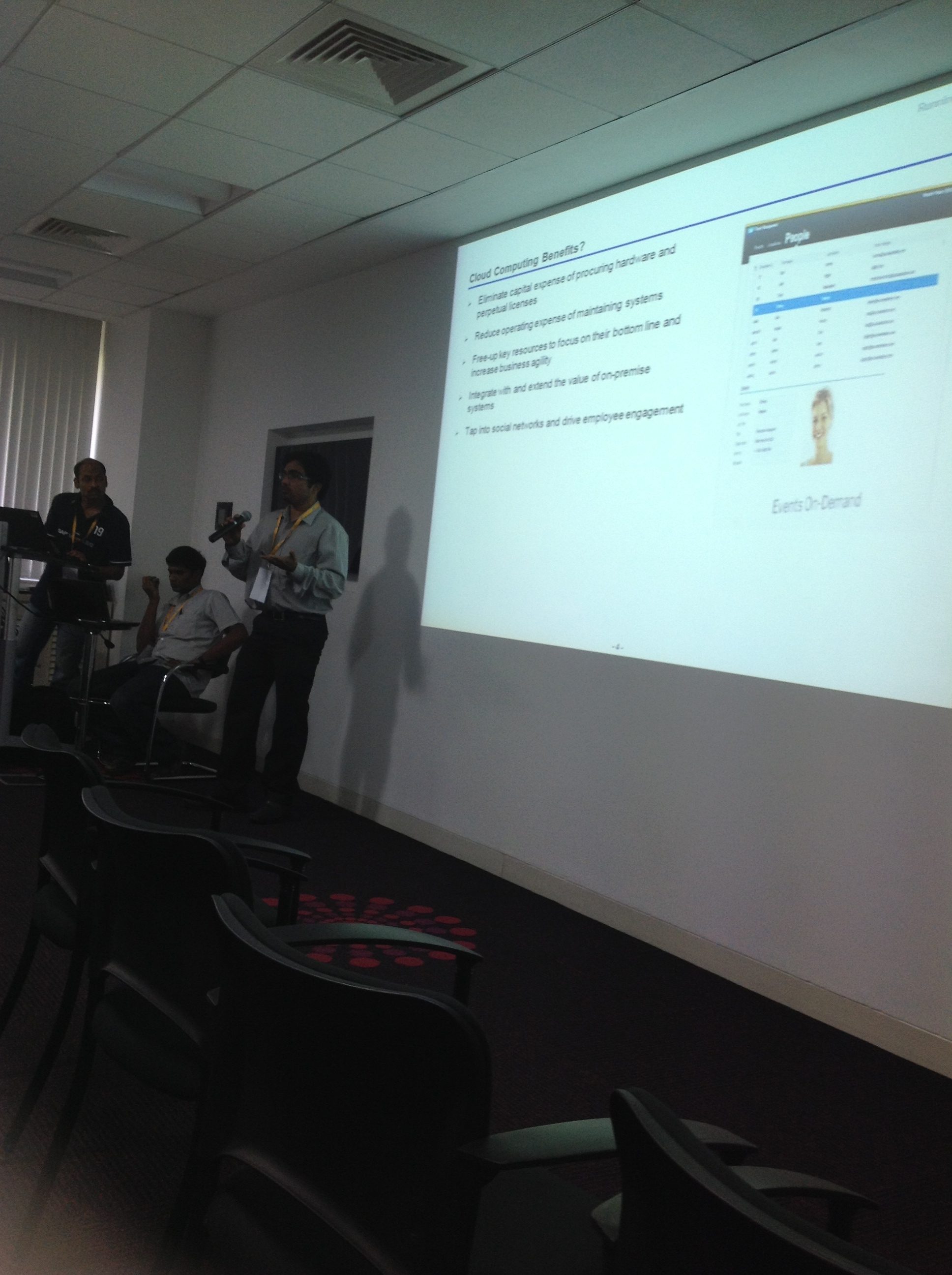 This was followed by a session on SAP LVM (Landscape Virtualization Management) by Deloitte Consulting. I think Tom Cenens would be happy. The speakers Muralidharan Srinivasan and Sunny Patwari gave a clear overview of LVM. It was good to see that cloning, copying and refreshing of instances could be done with much ease and fast. I was happy to see that the word FAST was used without using HANA. The speakers highlighted that life of Basis consultants could be made much easier with this!

After tea break there was a session on HANA Technical Overview and demo from Deloitte Consulting by Senthil Balasubramanian and Kaushik Hegde. The speakers gave a good general overview of HANA. However the demo could not be done as the servers were down. I was very impressed as these speakers had put a great effort in trying out things on cloud, the day before SIT.

The last session was on Business By Design by Suvankar Bhaduri of SAP Labs.

At the end of the day, a lucky draw was done and an SAP Press book would be handed to the winner. The lucky winner this time is Kavindra Joshi .

Session on LVM was rated the best session by the participants.

SIT is getting better. I had a wonderful experience. There were many good sessions on the same day. There was a time when my brain was tired of information overflow, but sessions were so interesting and interactive that I had no option but to be attentive!