The last stop of SAP NetWeaver Cloud’s East European CodeJam tour for 2012 was in Macedonia. On the sunny Saturday morning of November 24th, four of us got into the car and drove off on a journey to Bulgaria’s South-Western neighbor. I was accompanied by Vladimir Pavlov – a NetWeaver Cloud architect, Bistra Yakimova – a Value Prototyping expert and Nace Sapundziev – a NetWeaver Cloud expert developer and native Macedonian.

After a three-hour ride we arrived in Skopje, just in time for a lunch with Mite Mitreski, the volunteer who helped us with the whole event organization, a geek and a leader of the Macedonian Java User Group.

The venue was located in a very nice and modern conference center near the Skopje Fair. Some of the most enthusiastic guests were already  arriving, and the round table was getting fuller by the minute. The CodeJam attracted about 25 participants, who had preferred to spend an afternoon playing around with SAP NetWeaver Cloud (despite that the sunny Saturday lured for outdoor activities). I guess this was the most visited CodeJam event of our East European tour, in part due to the strong collaboration with the Macedonian Java User Group and the promotion of the event in IT media. The audience was a mixture of people with various backgrounds – the majority of them being Java developers, but we also had two freelance SAP consultants, DB2 administrators and operators, PHP web developers and even ABAP developers. At least six national and international software companies were represented on the event. Some of the participants coming from companies – SAP customers were well aware of our classic on-premise portfolio, for others this was the first encounter with SAP and Java.

After some words of welcome, Nace did a short overview session about SAP NetWeaver Cloud. I am pretty sure this was the world’s first SAP presentation in Macedonian – so I thought it was worth a full video recording.

Without further ado, we put our hands to work – creating the first SAP NetWeaver Cloud apps in these latitudes. Most of the people started from scratch – creating accounts and setting up their dev environments. After the initial hurdles (“Oh, yet another license agreement to accept”) most of the folk did some walk through the tutorials in the developer documentation. Any issues or ad-hoc questions were quickly sorted out, and we were glad to find that due to the really close proximity of our native languages, we could perfectly understand each other, and English was rarely heard in the room. 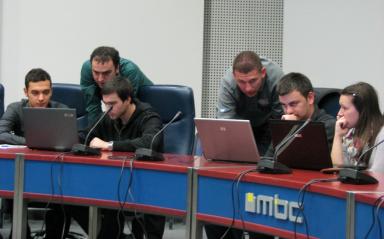 The HelloWorlds evolved into more complex apps – some utilizing JPA or pure JDBC persistence and identity management, others putting more effort in nice SAP UI5 interfaces. Most of the people were excited about the possibility to easily and securely integrate existing on-premise systems, and many of the conversations revolved around the Connectivity service.

Most of the participants worked in pairs or small groups, occasionally discussing questions with us, the mentors. It was a fortunate opportunity that we had Bistra in our team – her experience in the Value Prototyping organization turned out really handy for some of the questions. For a nice wrap-up of the event, two of the groups volunteered to show their apps in an improvised demo session. 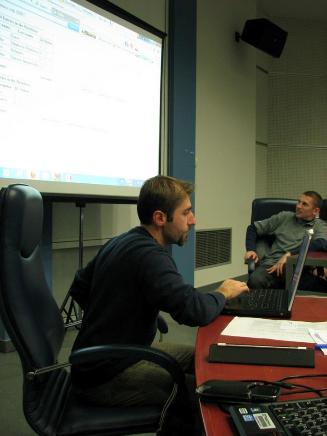 In the recap discussion that closed the event, we received very positive overall feedback about the CodeJam – our guests recognized a sign of SAP’s attention to the region and its developers, a unique opportunity to meet in person with SAP developers, and a chance for getting hands-on with a hype and very relevant product such as SAP NetWeaver Cloud, coming right out of the Labs. People expressed their wishes for bigger and more frequent SAP presence in Macedonia, especially with events targeted to developers.

The official part of the event was over, and it was time for a walk around the city center, nicely lit, with many new buildings and impressive historic monuments and museums on the two banks of the Vardar river that crosses the city. 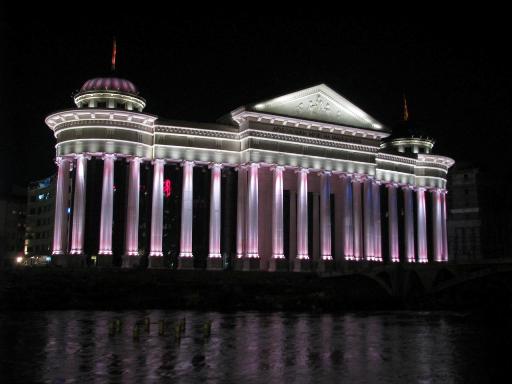 Mite Mitreski was so nice to be our guide, making sure we would not miss any of the sites worth seeing, explaining and telling stories of Macedonia’s millennial history going back as early as the times of Alexander the Great.

And something we would not miss for anything: savoring the Macedonian cuisine and sharing our impressions of the day over a bottle of local wine with our kind host Mite and some Macedonian friends.