SAP Innojam, which is a part of SAPTechEd Bangalore, was the first SAP community event I ever attended in India. I was very happy to be given the chance to meet the people behind the very active local SCN community and fast growing High-Tech industry. To see 120 SAP savvy professionals gather at an event that all is about SAP innovative technology and finding solutions to benefit the community was a great beginning to the week.

For those of you who are not familiar with the Innojam event, it is 30 hours of hands-on experience using SAP’s coolest and newest innovative technologies with on-site SAP domain experts: Learning about SAP technologies, collaborating and co-innovating with fellow SAP enthusiasts, developing prototypes of solutions to real business cases and competing for a chance to win a spot at the Demo Jam during SAP TechEd.

At the beginning of the first day, each team selected one topic from a list of) urban governance challenges that they wish to tackle by creating an SAP based App. Then each team started to apply the design thinking process. This process enabled the Innojam participants to find out the user’s needs before starting to code. During the process they went through an organized brainstorming, discussions and prioritization of ideas that make the process of creating an App a lot easier and productive. 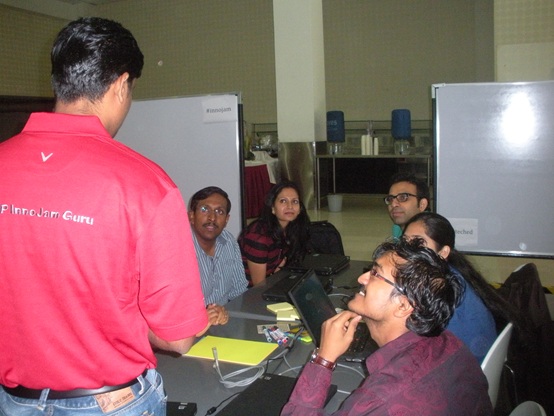 As I wasn’t a part of one specific team, I had the time to engage the participants and to get to know them better. One of the people I’ve spoken to was Lokesh Rajak, a 25 year old SAP developer. I asked Lokesh the following questions:

Why did you decide to come to Innojam?

The Concept of Design Thinking was new to me. Wanted to learn it and implement it in my future developments.

What issue did your team try solve?

How did you solve it? What was your Idea?

The user can turn on his mobile app (Press the distress button) whenever he/she is travelling alone or feels unsafe. The mobile would transform into a black box and will capture audio and video from the moment it is started.
This video and audio feed along with the latitude /longitude location would be transferred to the control room from where the police can see the videos, listen to the audio and can take quick action to save  the victim.

Apart from the Blackbox the control room can send an alert message to whoever is in the area within a radius of 10 KMs based on the latitude/longitude location received from the victims mobile.

The bank cards of the user will automatically be blocked the moment the distress button is pressed.

The UI for the control room would also display the criminal activities that have occurred in the past on a Google map  and can also track the movement of the mobile/victim on the Google map.

Lokesh’s team idea was only one of 16 teams that participated and came up with great ideas and apps. 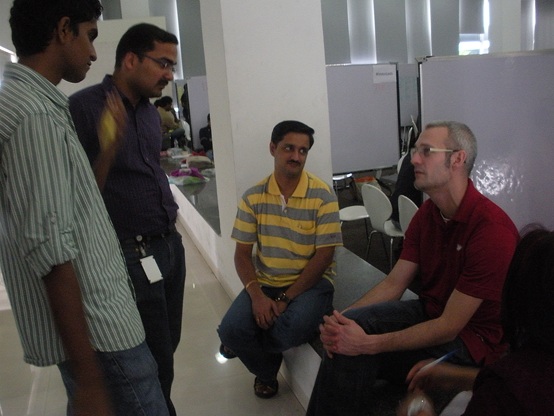 The second and final day of Innojam (that started at 7 PM the previous day) was dedicated to coding the apps based on SAP technology. The winning team idea was the Clean City app. The idea behind it was to create a mobile app that will transmit photos of garbage which needs to be picked up by the local authority. This enables the municipality to get feedback from its citizens and to react when garbage isn’t being transported by the responsible department.

A part of the honor of winning Innojam was to participate in the SAP TechEd event Demojam. The local audience was very supportive of this idea and it almost won Demojam (taking the second place)!

My first Innojam ever was an eye opening experience. It was a great start for a week where I got to know the local SAP developer and the community and was very impressed by their innovative way of thinking and endless enthusiasm to learn and expand their areas of expertise.