RTMF is an infrastructure of messaging service in the portal (on top of JMS), delivering messages from the server to client.

The most common applications which are using RTMF are RTC (real time collaboration) and UWL (universal work list).

Since 7.20 SAP NetWeaver Portal, the RTMF is using the ICM cache in order to improve performance.

RTMF is constantly polling the server in order to receive new messages.

The basic of the improvement is that as long as a user doesn’t have a new message, the polling request doesn’t propagate all the way to the server, but stops at the ICM which is located on the dispatcher level.

Whenever a new message arrives, the ICM cache (for that user) is invalidated and the next polling request fetches the message from the server, so in this way, the requests are getting to the server only when a there are new messages for sure.

Note: the ICM cache is invalidating itself after a while, just in case something went wrong.

The following diagram demonstrates the improvement: 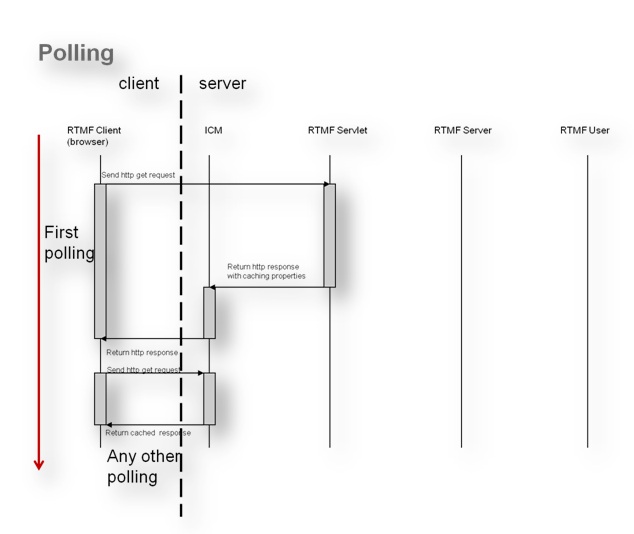 Of course, the first polling request has to get to the server, and that response is cached. 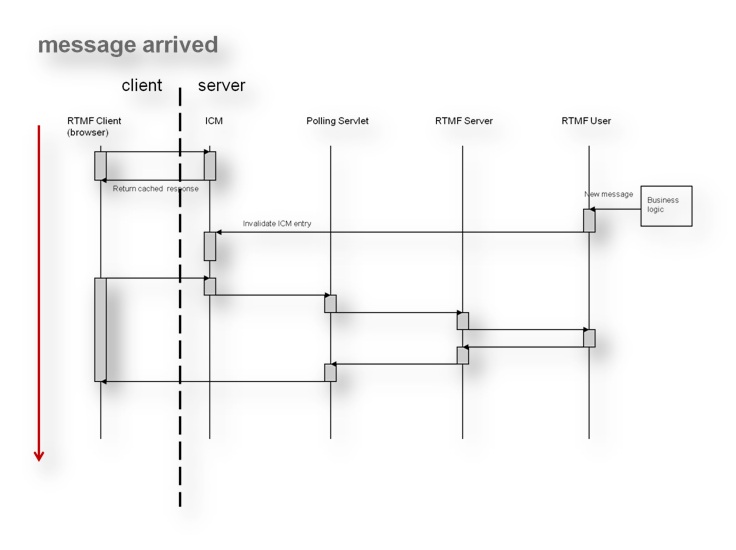 In the second diagram, a new message arrives, causes the ICM cache to get invalidated, hence, the next polling requests get to the server.

In case you experience any delay in receiving messages, this indicates some problem with the ICM, then this note describes your symptoms and exceptions: 1794315 and provides a workaround.

If you see this exception in traces: “IcmAdmException: interface disabled”

then this note should be implemented: 1635058 in order to enable the interface of the ICM usage.