With the significant advances in agriculture and food production in the last century, you would think that fighting hunger was a more manageable challenge. But even in developed countries, limited access to food by the poor remains one of society’s most troubling problems.

I have to admit I did not realize the actual scope of that challenge before I recently came across the Feeding America story during my work at SAP. What astonished me was that – according to a recent US Department of Agriculture report – more than 16.6 million children or 22% of all American kids did not consistently receive adequate, nutritious food in 2011. In total, an estimated 49 million Americans live in food-insecure circumstances.

It is reassuring though that there are many people in our society that care about the hungry and want to help – either by donating money or through volunteering. If you are working for a socially responsible company, you may have helped out already in your local food bank during a month of service. But did you ever ask yourself how those institutions organize operations cost-effectively and how they manage the pickup and delivery of food? Well, Feeding America plays a major role in that – and guess what? Technology is one of their key enablers to feed more people every year.

Their story begins back in 1965. When John van Hengel, a retired businessman, was volunteering at a local charity in Phoenix, Arizona, he realized that one of the main causes of hunger is the fact that many of those living below the poverty line simply cannot afford to buy enough food for their family. One day, van Hegel met a woman who told him she often fed her children food she collected from grocery store garbage bins. The packaging was damaged or the item was near expiration, but the food itself was still edible. Inspired by this experience, van Hengel started to negotiate with neighborhood grocery store managers and persuaded them to donate unsalable food to charity.

This was the birth of St. Mary´s food bank – the world’s first food bank. Several years later, van Hengel established an organization to centrally manage operations for the growing number of food banks across the nation and to support local charity organizations and programs. Today, Feeding America is the largest hunger relief organization in the United States, spanning a network of over 200 food banks. They are distributing the impressive number of 3 billion pounds of food to 37 million people each year.

At SAP, we recently had the pleasure of talking to Kevin Lutz, Senior Vice President of Technology at Feeding America, about his organization and the impact that technology is having on their activities. As you can imagine, managing the timely distribution of perishable food is not an easy feat – especially for a non-profit organization that relies on volunteers and donations.

“Technology plays a critical role in making sure the pick-up of donations from our retail grocery store partners is cost-effective and worthwhile.” says Kevin.

In the past, our truck drivers had to manually fill in forms to document every item that they picked-up at a retailer or delivered to an agency, which then had to be loaded into our backend system for the inventory management.”

“By implementing Enterprise Mobility, we are able to eliminate all that manual paperwork, allowing us to reduce the time and effort involved in moving food from its source to people in need”. Truck drivers now capture all items electronically on a mobile device that feeds the information directly into the backend system. This results not only in more efficient inventory management and route planning, but it also reduces administrative work for Food Bank employees – freeing up time that they can better use to serve the people in need. Kevin:

“With every dollar we save, we are able to serve 8 more meals. Using mobile technology helps us reduce our operating expenses, which will ultimately enable us to put more trucks on the road that can pick up and deliver more food.”

“That brings us closer to our goal of growing the food distribution to 5 billion pounds over the next couple of years and feeding all 49 million Americans in need.” 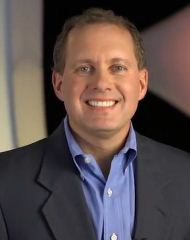