OK, so this interview isn’t totally unauthorized. But I like to ask questions that are not watered down by editors, and Rich Heilman was more than willing to let it rip. The occasion? Those of us on the HANA Distinguished Engineer Council were given the (mostly) pleasant task of personally introducing each of the new HANA Distinguished Engineers (HDEs) from the first batch we have named. (You can see the list of current HDEs in our FAQ as well as other blog intros and related content in our HDE SCN space – more info on nominating HDEs is there as well).

I feel kind of sorry for HDE coordinator David Hull because getting Rich and I to find the time for a decent Q & A is a desperate assignment. Finally, spurred on by images of disappointment on David’s face as he marked our names off his holiday gift list, we got it done. (David if you are reading this I’m skeptical about the Microsoft Surface, but the iPad Mini looks like a fun gift). Longtime Enterprise Geeks podcast fans know that Rich sometimes clams up and speaks in bullet points, but I know Rich has way more to say than he sometimes expresses on tape – this interview did not disappoint. Mixing in some personal history, Rich gives frank answers as to why HANA matters and how developers should rethink their approaches (and retool their skills) with HANA in mind. 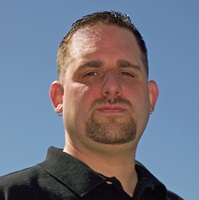 As far as the unauthorized questions go, I wasn’t able to get Rich to dish on biting his tongue on the eGeeks podcasts, nor did I succeed in getting him to admit any of Thomas Jung’s coding errors. Granted, it’s entirely possible that Thomas has never made a coding gaffe in his life. But in addition to giving us some great content (as well as this snazzy photo), I did succeed in getting Rich to throw Thomas and fellow Enterprise Geek Craig Cmehil under the bus. Well, kind of. Not enough to start an Internet beef I’m afraid… Sorry folks, I tried. Enjoy.

You’ve been in SAP a long time, tell us a couple of career highlights.

Yes, I’ve been working with SAP solutions for about twelve years now. The first seven of them was for an SAP customer, the last five as an SAP employee. There have been a lot of highlights in my SAP career. First I guess I have to mention my contributions to SDN in the early days.  I was very active on SDN, and racked up tens of thousands of points year over year. I was recognized as a top contributor multiple years in a row. But recognition aside, I got a lot of satisfaction in helping others with their ABAP troubles. It felt really good to share my knowledge, and when I didn’t know the answer to the question, I would figure it out and then answer it. This helped me grow as a developer as well as help others.

In doing this, I became quite visible to the community at large which opened up other opportunities later on. For example, I met another passionate ABAP developer, the famous Thomas Jung. Together we wrote an SAP Press book together called Next Generation ABAP Development. I had a lot of fun writing this book with Tom, and it was accepted well by the ABAP community. I believe my work on SDN, and on the book, played a significant role in eventually becoming an SAP employee. Joining SAP probably takes the cake as the highlight of my career, in that, the last five years has been the absolute best.

When joining SAP, I was a developer working on the BPC NetWeaver product. So I basically flew to Palo Alto on my first day, and starting writing code for the product a couple days later. The cool thing for me, coming from a customer, was that I was writing ABAP code which would ship to thousands of customers all over the world. My code would be running under a solution implemented by huge companies. I thought that was really cool, as before I was writing code for exactly one company, running on one machine.  I guess the last highlight I will mention, is the fact that I have moved back under the technology umbrella. Since joining the HANA Product Management team, I am feeling quite at home helping to build our HANA developer tools. We are doing really exciting things for developers and it is only going to get better.

What’s it like working with Thomas Jung? Do you ever spot errors in his code? Tell the truth…

Oh wow, boy could I tell you some stories. Tom and I go way back. We met at the Boston TechEd in 2005. Interestingly, we were both in the WebDynpro for ABAP hands-on session when we met. Over the years we have become quite good friends, hanging out at events together, exchanging emails and so on. So working with Tom now on the HANA developer topics is nothing short of a perfect match in my opinion. We have an interesting relationship were we seem to always be on the same page.  I can’t tell you how many times in the past six months, we have said to each other, “I was thinking the same thing”. We work very well together probably because we were friends before teammates.  As far as spotting errors in code, no I don’t think I’ve spotted bugs or bad programming techniques in his code, just spelling errors in his hands-on documents. But then again, the reviewer is expected to find all of the errors, and I have to admit that I’ve missed a few here and there which he quickly blames me for.

Tell us how you got involved in HANA.

While I was with the EPM CSA team at SAP working on the BPC on NetWeaver product, BPC NetWeaver on HANA was introduced and I attended a workshop on HANA in Palo Alto. That was my first taste of HANA. After the workshop, we did some speed comparisons between a BPC NetWeaver system running on HANA, and one which had the exact same configuration and hardware, except not running on HANA. The runtime differences were substantial. This is about the time when I really got excited about HANA and wanted to get more involved with it.

While still in the EPM CSA team, the opportunities of working closer with the HANA product specifically were not exactly jumping out at me. So when my buddy Tom Jung, brought up the possibility of joining his team working on HANA developer tools, I was super excited.  So since June, I have been working with HANA developer tools, such as SQLScript, Extended Application Services(XS), and ABAP on HANA. So far it has been a really fun ride, and I definitely feel I’m in the right place at the right time.

You’ve been working with HANA XS, right? What can XS offer developers who want to work with HANA?

Yes, both Tom and I have been sharing the topic and working to get materials out for SP5. SAP Extended Application Services(XS) offers an embedded application server and application development platform, including developer tools integrated directly into SAP HANA Studio. I know, that sounds like marketing, huh?  Well that is the most concise way to put it. Short story is that we can build web based applications directly in HANA, closer to the data than ever before, without the need for an additional application server such as ABAP, Java, or .net.

Classis ABAP developers never really exploited the power of the database. We used basic SELECT statements with a field list and WHERE clause in our ABAP programs, and brought huge amounts of data from the database up to the ABAP layer for processing. We’d loop through all those records and do some calculations and further filtering, sorting, etc. I was so very guilty of this! Now with HANA, ABAP developers should brush up on their SQL skills because now it is so important to push calculations down into the database and make HANA do the work.

In doing this, you get the performance of a columnar in-memory database, as well as limit the bottleneck created when passing huge amounts of data to the application tier. The idea is to push all that logic down into the database and only bring the subset of the data back, only what is necessary for further processing or output to the end user. In future releases of NetWeaver, we will introduce new ABAP concepts specific for HANA which allows the developer to optimize his application for HANA and push logic to the database level.

How should an SAP programmer get started on HANA if they have been dragging their feet so far?

My suggestion is to start where I started. Grab a SQL book from Amazon, pull down all of the guides on the HANA page on SCN, and get yourself an instance on AWS and start playing around. This is how I learn best, messing around, and trial and error. I’m sure this approach works for many other developers as well.

You’ve become a real event maestro with your Newtown Square Inside Tracks. What would you say to someone who is skeptical that Inside Tracks are worth attending?

Well worth is subjective, but it is a little hard to argue about the value of a “free” event. Yes, I realize that some travel which in that case they do incur a cost, but strictly talking about local folks, it’s pretty hard to beat. I’ve done the Inside Track in Newtown Square for three years now, and every year I would say it is a success. We have great people who come, great speakers, and excellent content. All for free.  Of course, if one is still skeptical about it, we do broadcast all sessions throughout the day, so you can get a little taste of the content, but of course you would miss out on the networking, free lunch and reception.

You’re the most concise of the Enterprise Geeks on your podcasts. But we know in real life you’re not short of opinions. What’s one thing you have never out loud that needs to be aired?

Yes, people that know me know that I don’t really have much to say on the podcasts. That’s usually due to the fact that Cmehil talks too much (just kidding Craig 🙂 ). Really, I’m not the type that simply enjoys hearing myself talk, so I usually only speak up if the topic is something that I am passionate about or responsible for.   So I don’t really have anything that I’d like to air here publicly, but I’m sure we can spill it all at the bar sometime soon, Jon.

Thanks Rich for the Q/A, and congrats on your much-deserved naming to the HANA Distinguished Engineer Program. Folks, feel free to post questions for Rich or myself in the comments…