This document has been prepared to share the pre-requisites that the SAP ECC system should meet, for using extractors through BODS for data extraction.

SAP system details – SAP ECC 6.0 (For the relevant support package refer to the “Pre-requisites in the SAP ERP system” section of the document).

With BODS 4.0, SAP has included a new feature to consume SAP Business Content Extractors to extract data from SAP ERP system, which till now have been consumed primarily by SAP BW/BI.

Pre-requisites in the SAP ERP system:

1. RFC connection between BODS and SAP ERP system should exist.

2. SAP ERP system should be upgraded to the level indicated below: 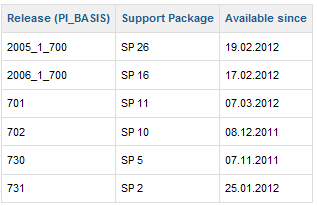 To know the current release and support package version, please follow the below steps

ii.  Goto System à Status. Refer to the screenshot below: 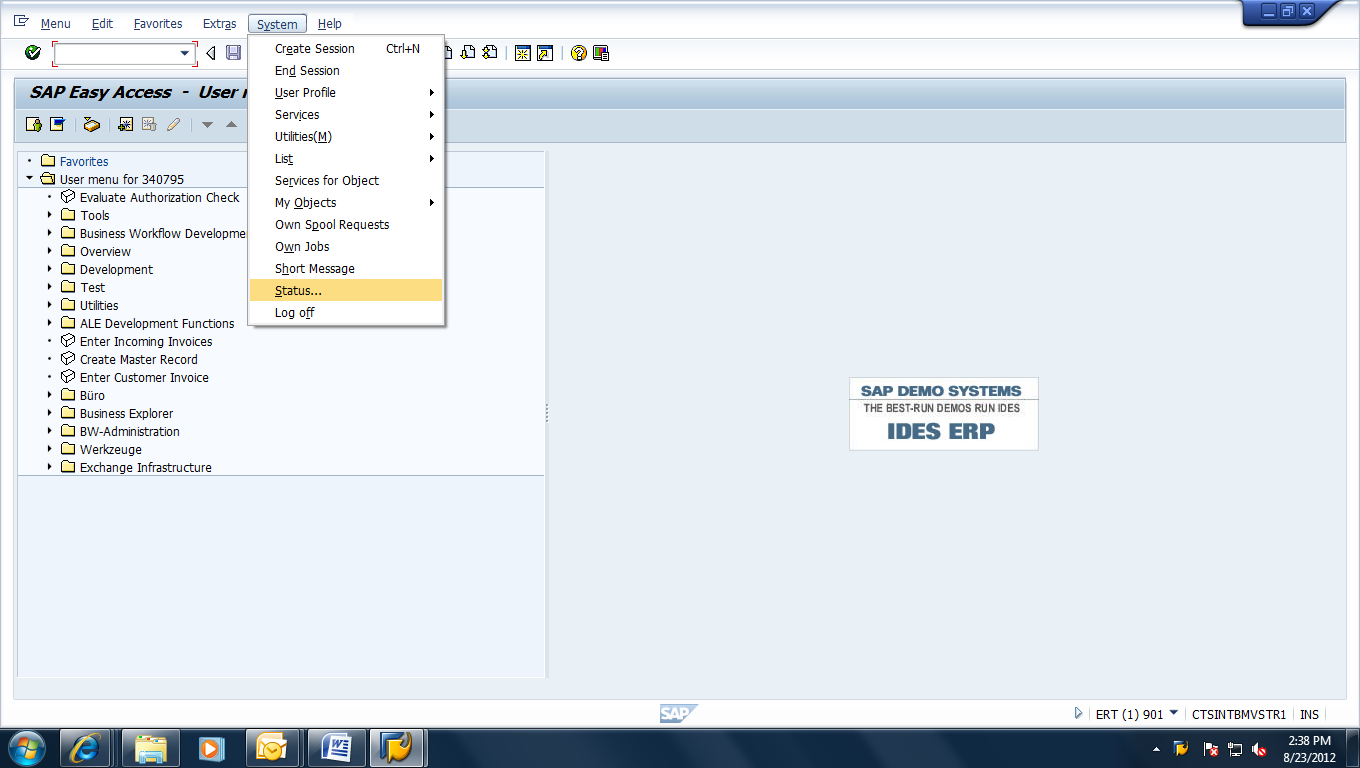 iii.  The screen as shown below opens 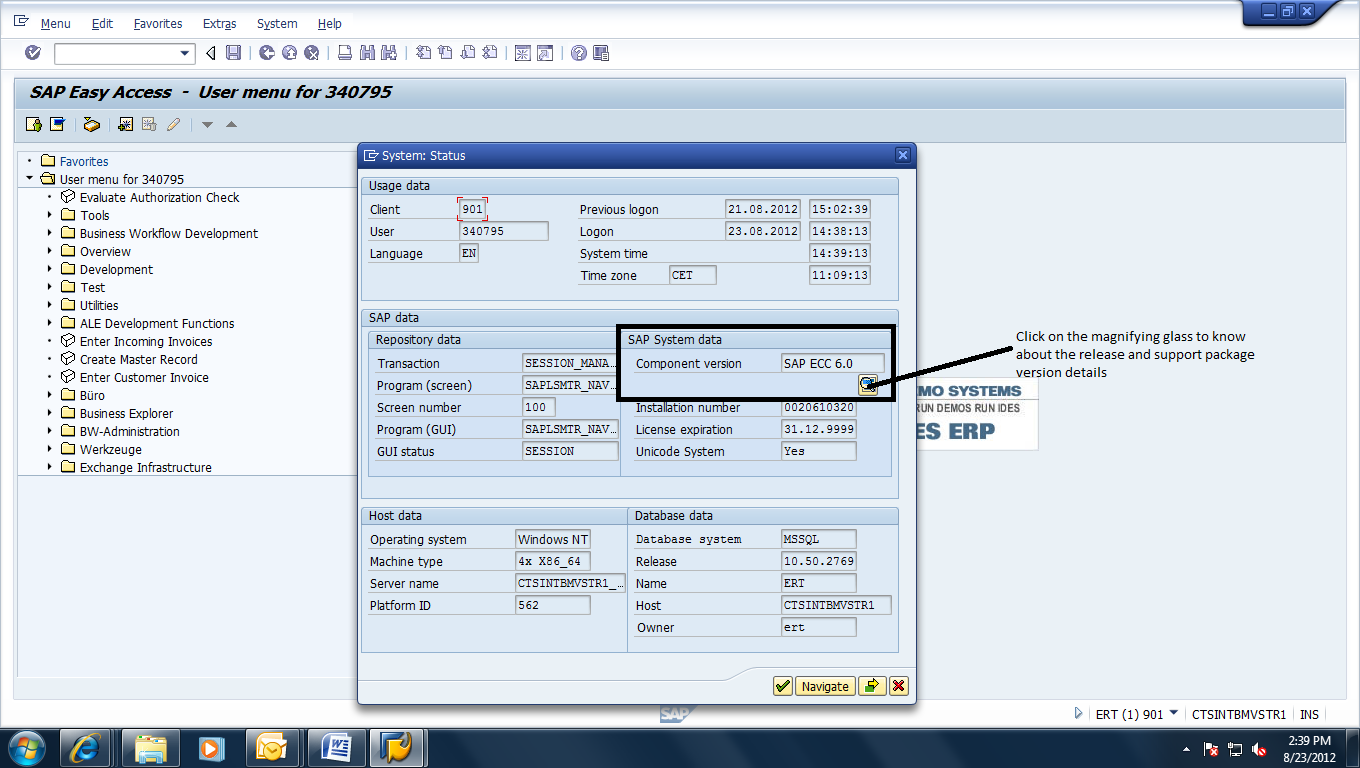 iv.  Click on the magnifying glass to know about the release and support package details 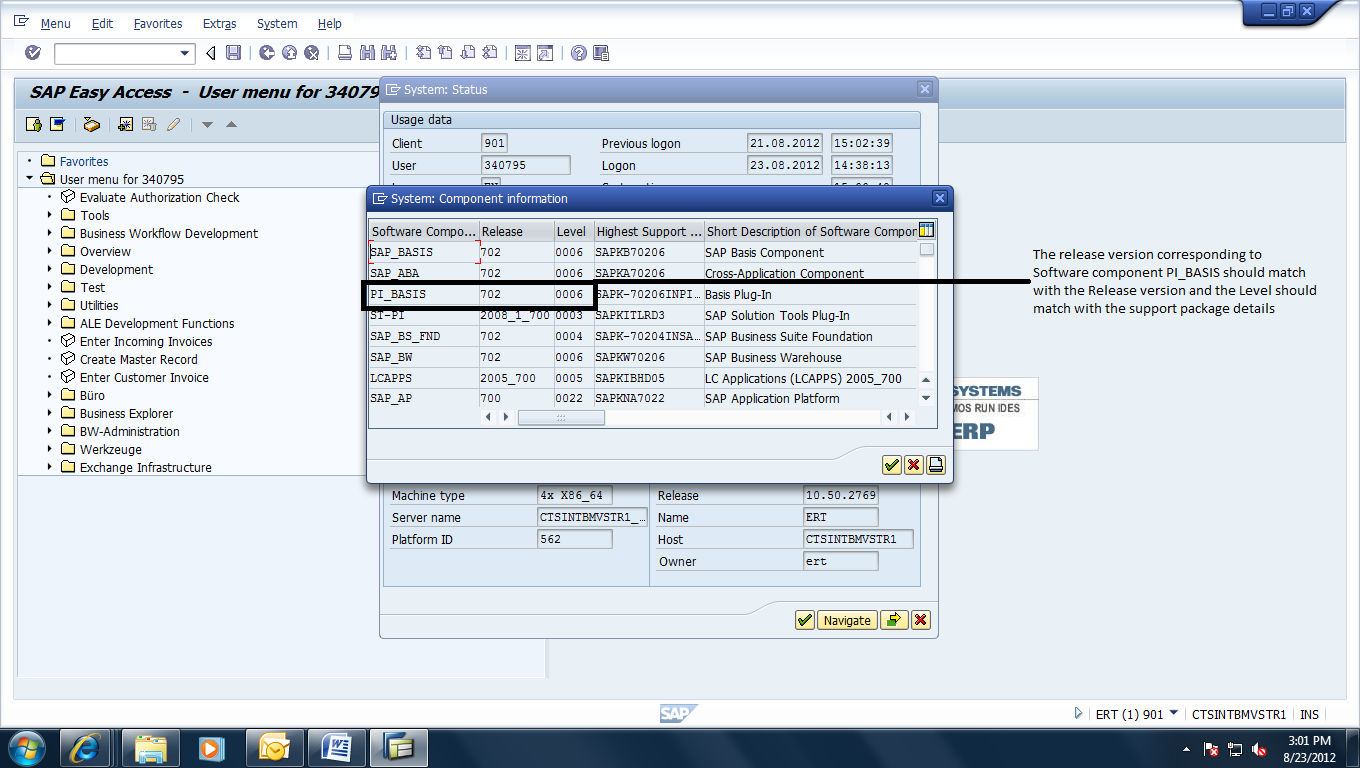 The Level corresponding to the release should match with the support package details shown in the screenshot in Figure 1.

3. OpenDataProvider API (ODP API) should be installed in the SAP ERP system. The best way of installing ODP is installing a Service pack for ECC 6 system as everything will be included in that. As an alternative, the required ODP function modules can be installed manually or by implementing the SAP Note 1521883, as it contains all the details and lists the additional SAP Notes to fix the issues.

For details on how to find the relevant Notes, refer to the following link – http://wiki.sdn.sap.com/wiki/display/EIM/Installing+ODP+and+keeping+it+current

4. The following SAP Notes should be implemented in the SAP ERP system along with SAP Note – 1521883.

1585204 – Table/Domain based and customer built extractors

To check if the Notes are already implemented in the system, use transaction code – snote.

If the notes are not implemented in the system, contact your internal SAP Basis team to implement them.

SAP BODS 4.0 does not support hierarchy based extractors as it is still under development. However, it can be consumed using the Data services method.