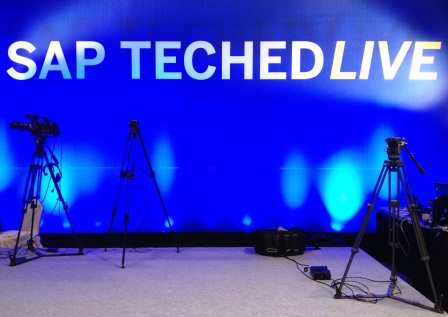 Wow & Wow..  A mega four day event with around 6 thousand innovators across the world.  And SAP Labs, Bangalore,India Proves we are the best and Young!

As part of initiative started with the event had more than 130 participants in the room, a record for an InnoJam in Bangalore. Also the another record as highest number of female participants was 20.

For the Design Thinking exercise the participants where split into 16 different teams and were given 4 different challenges around the theme of “Urban Governance”. All of them presented a cool Design Thinking prototype after approx. 7 hours of going through all the different phases of this methodology.

SAP Labs team and SAP University Alliances has been working on a very special event dedicated to the young university students, The event named as ” SAP Techniversity “. There were another record as close to 500 university students present at the event.

This event as a great initiative by SAP Labs India and SAP University Alliances to fill the gap between the student and their careers.

Over a very informative four days team Recorded 42 interviews in this year at SAP TechEd Bangalore.SAP TechEd Live has been broadcasting and recording “talk show” format interviews where SAP Mentors, bloggers, executives, customers, speakers and partners talk about the latest trends, innovations, product news and what’s going on at SAP TechEd and additional SAP TechEd videos such as the keynotes, Demo Jam, highlights, lectures and more!

I had seen so many things inside the TechEd including Executive Interviews, Demo Jam Presentations, Simon Pierro outstanding Magic Shows, Real-time Data Platform, Big Data, Analytics, SAP HANA, Cloud, Mobile Innovation, build my social networks and and… Let it be i’m not telling anything extra other than this.. Want to know more.. Join us with TechEd’13 – Bangalore and realize yourself.

Watch the below video :  Building Your Personal Brand: Twitter and SCN Blogs (http://tinyurl.com/cwrv968)

Time to say thanks to HUL. Its me Vasanth and will join together next year with our SAP TechEd Team.