By 2014, there will be more than 70 billion mobile app downloads from app stores every year, according to Gartner. Also by 2014, a majority of companies will deliver mobile apps to workers via private app stores. Obviously, not all of these apps will be winners. So how do successful mobile app innovators balance risk and reward during this time of explosive mobile app growth? 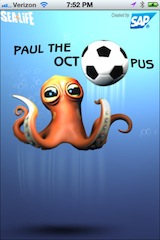 When it comes to mobile games, developers should put the game ahead of their search for funding, said Brian Provinciano, developer and CEO of VBlank Entertainment.

“Many great ideas lay dormant and never see the light of day because developers put all of their time into finding investors,” said Provinciano. “Sacrificing your evenings and weekends to build a prototype will eliminate a lot of the risk. If you’re not willing to put the time in to build your idea with the money in your own pocket, it will be hard to convince investors to believe in it.”

By practicing what he preaches, Proviciano’s Retro City Rampage became a #1 bestseller for the Sony PS Vita and was self-published on many other platforms thanks to the freedom that digital distribution offers.

“It may just be the best thing to happen to developers in the history of the industry,” said Proviciano. “Without a publisher, we can take more risks and create the games that we want to make without influence from a marketing department, investors or a producer on the other side of the country. Without the costs of manufacturing, distribution or shelf space, when all goes right, we the developers are rewarded with the majority of the revenue.”

What if you’re a global, multi-billion dollar software company like SAP? Are the risks and rewards associated with independent mobile app development relatable? Not quite, but the “can do” attitude still prevails. Funding is still a challenge and tapping available resources is key to mitigating risk, said John Astill, Development Architect at SAP who helped create SAP’s iOS app Paul Predicts.

“The challenge for us was to find the correct balance of SAP technologies that we could have access to very quickly,” said Astill. “Fortunately, SAP Netweaver Cloud was being rolled out at the same time we were looking at creating the app. We had a very short development timescale and it was the perfect tool for us to use and deploy quickly.”

According to Astill, fans of European football will have a lot of fun with Paul Predicts, inspired by Paul the Octopus who became famous for accurately predicting 100% of the soccer tournament winners in 2010. For SAP, it shows how easily an application runs on SAP Netweaver cloud. “It’s a great marketing example of how cloud can be used in a consumer-based scenario,” said Astill. “We want to extend the capabilities of the app to include predictive analytics to see how algorithms compare with real users. This is a heart and mind challenge where predictive analytics avoids the pitfalls of emotional attachment when predicting who will win.”

At three years young, Beatshapers is a break out success story in the world of mobile apps. The company published Jet Pack Joyride, developed by Half Brick Studios, to the Sony Playstation Network. All told, Jet Pack has been downloaded over 35 million times across multiple channels.  Even though Beatshapers has developed other popular apps, success didn’t come easy, according to Beatshapers founder and CEO Alexey Menshikov who said the technological and marketing risks associated with mobile app start-ups are difficult to overcome.

Certain app technologies require better than “average” engineers who understand development knowledge and culture, according to Menshikov. And because the mobile app and game industry is “hit driven” there is always the possibility of losing your app’s special moment in time if a competitor develops a better app or game. There’s also the risk of not being discovered at all.

“It’s a crowded market – it’s really hard to be spotted by just releasing app so right now you need to have marketing 2.0, attract customers with viral actions and other creative approaches,” said Menshikov. “You need to have proper strategy otherwise there is a chance you’ll be spending a lot of money for nothing.”

Make it “appen” by following me on twitter: @TClark01