How to use a “Database Viewer” when testing a NW Cloud Application locally?

I was asked by some developers, who executed SAP NW Cloud Application Development Scenario End-to-End Tutorial which “Database Viewer” one could use to displayed the stored data when testing the application locally.

I will answer this question by means of the below step-by-step description which might be helpful especially for NW Cloud beginners.

As example I use here the persons-list application which has been developed as part of the Scenario End-to-End Tutorial, but of course this kind of displaying db contents works for other locally running NetWeaver (NW) Cloud applications as well.

There in chapter 3.1 you run the “e2e-nwcloud-app-persons-list” application on the Local Test Server for NW Cloud.

From the running persons-list Web Application you create persons (firstname and lastname) which are stored in an embedded Derby db which is already part of the Eclipse installation.

Unfortunately you cannot connect to this embedded Derby db via a db viewer (like the “Data Source Explorer” Eclipse view) because the embedded derby db allows only one connection which is already established by the Web application, so that a db viewer is not able to establish a separate connection.

To solve this problem you could do the following four steps:

To do so just execute the following step-by-step description:

This quick derby installation should be sufficient but if you want to get more installation and other details refer to http://db.apache.org/derby/

2. Start the derby db as server

3. Connect the Local Test Server for NW Cloud to the standalone derby db

It is assumed here that you published and run the “e2e-nwcloud-app-persons-list” web application on the Local Test Server for NW Cloud.

From there on do the following: 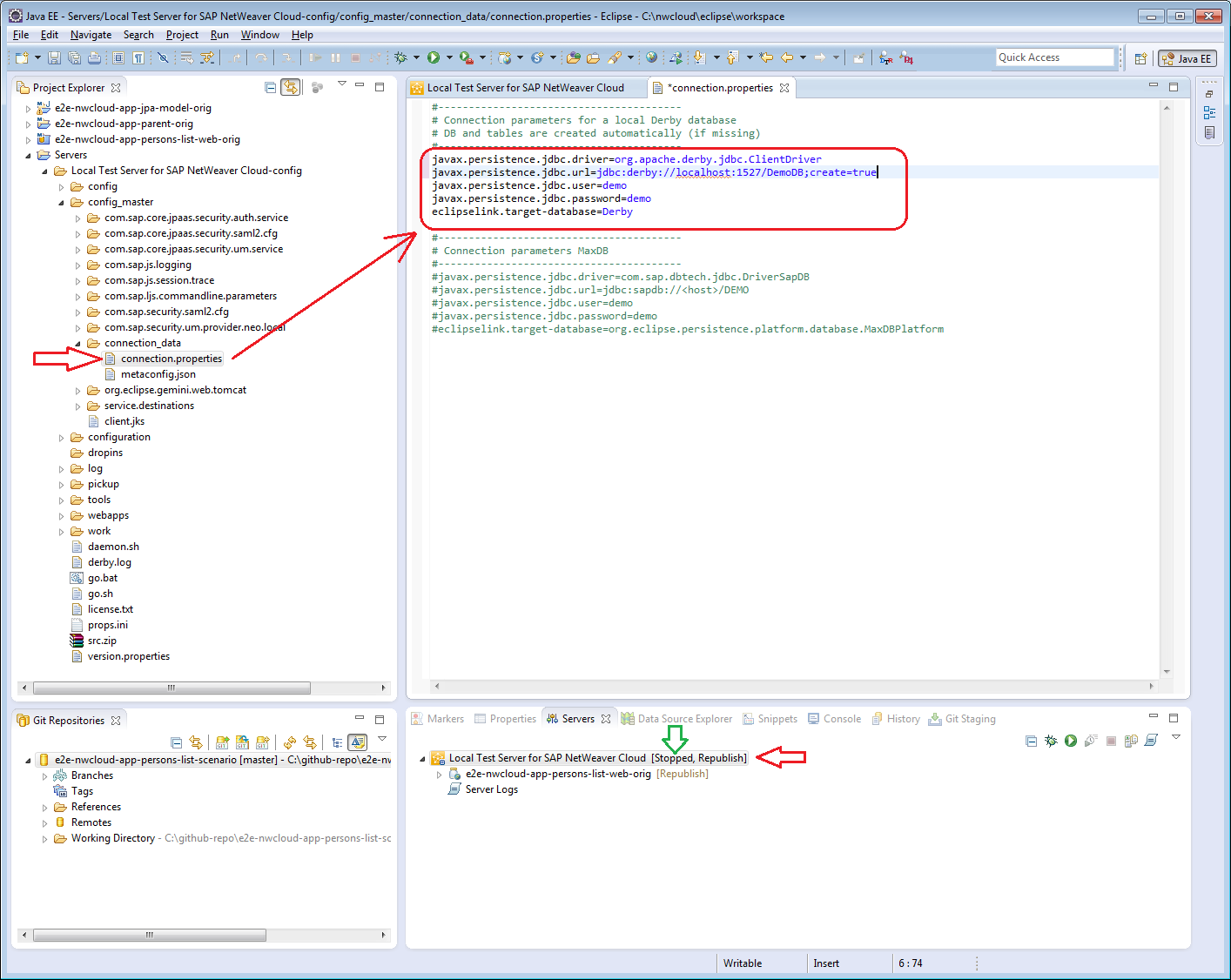 (this name of the db has been specified in the connection.properties) 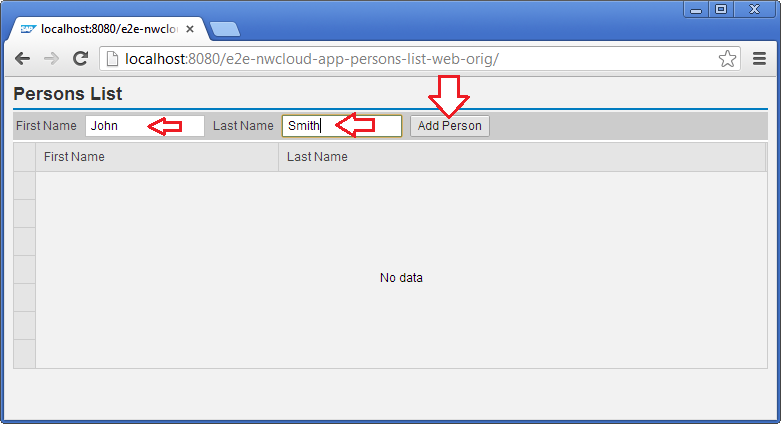 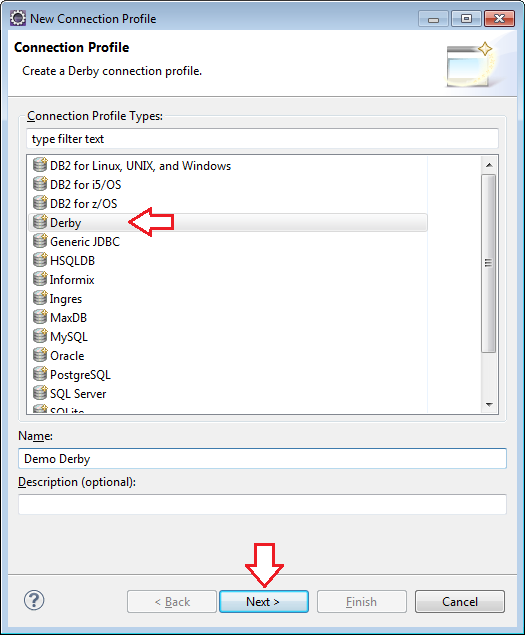 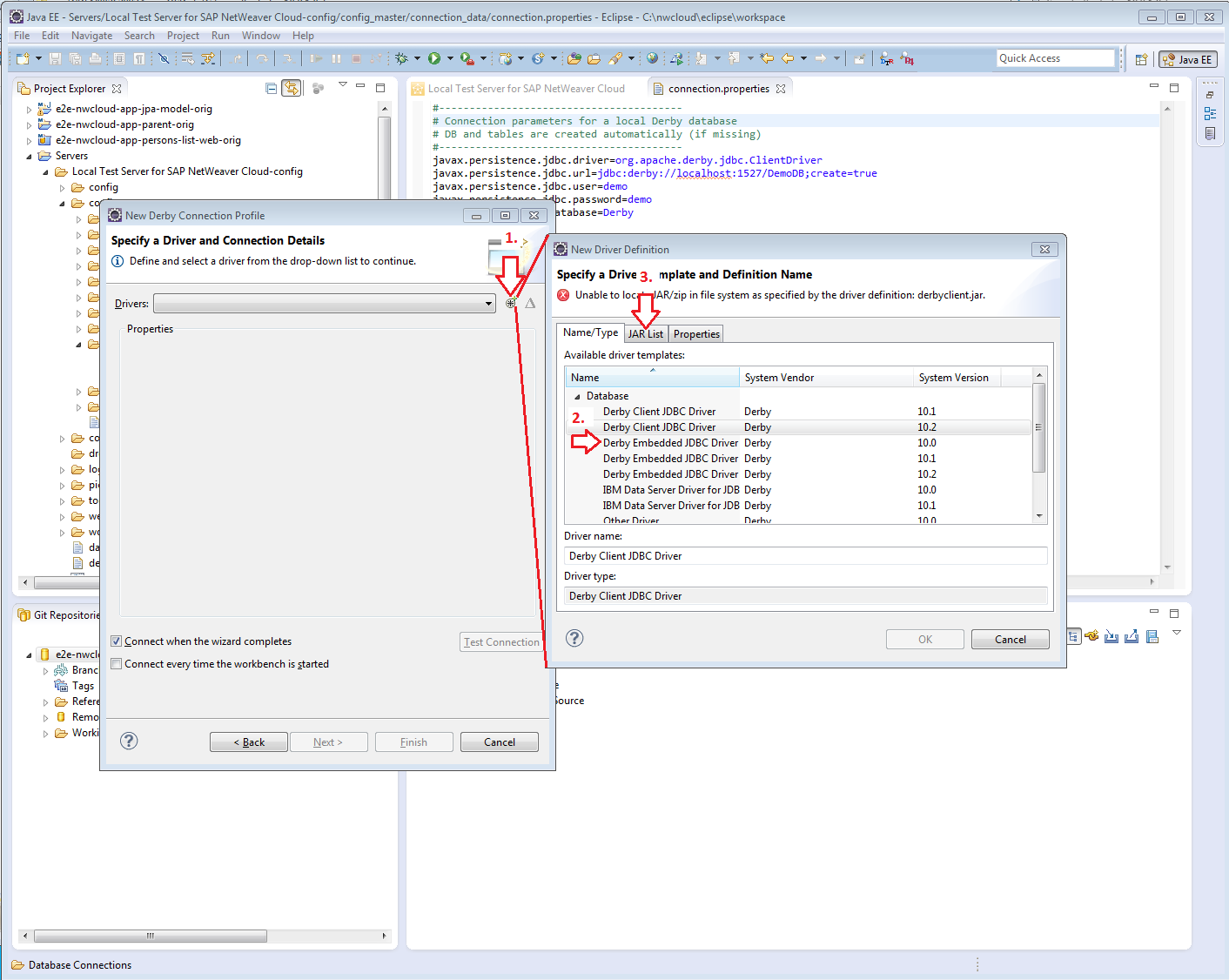 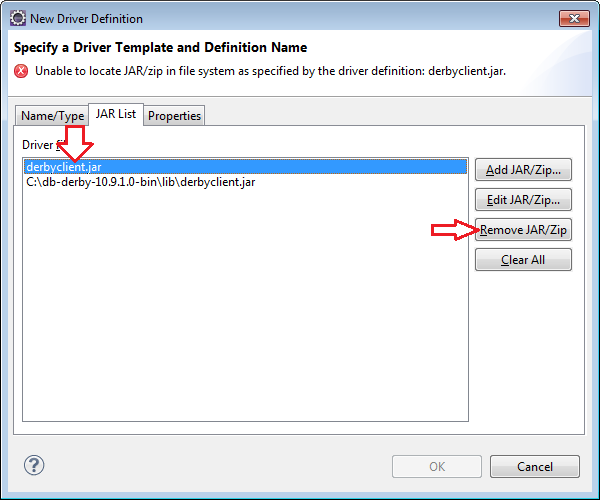 After that confirm New Driver Definition dialog with OK.

On the Derby Connection Profile specify the properties as shown in the following screenshot; especially the name of the db: DemoDB (as specified in connection.properties) Then open T_PERSON data for edit 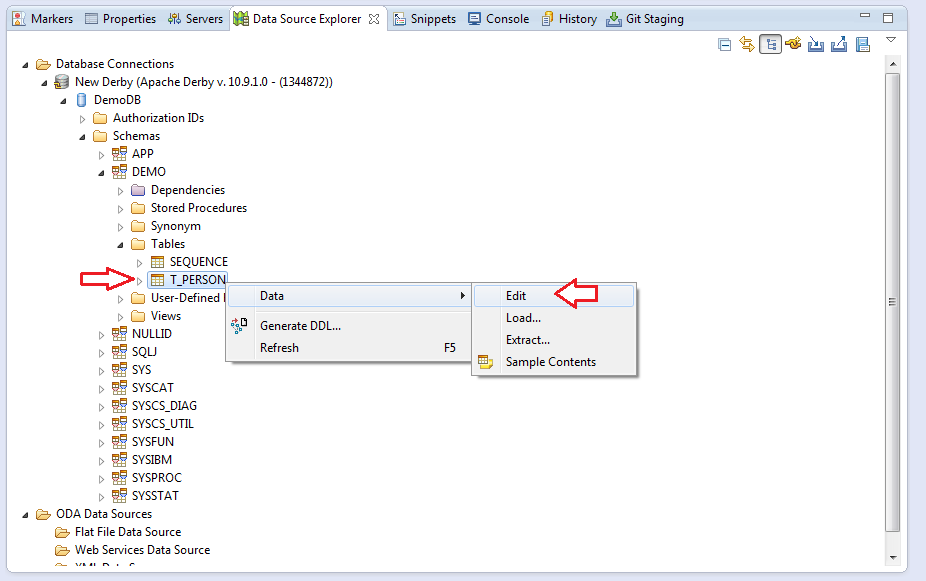 Confirm that the before created person data “John Smith” is displayed in the data editor. 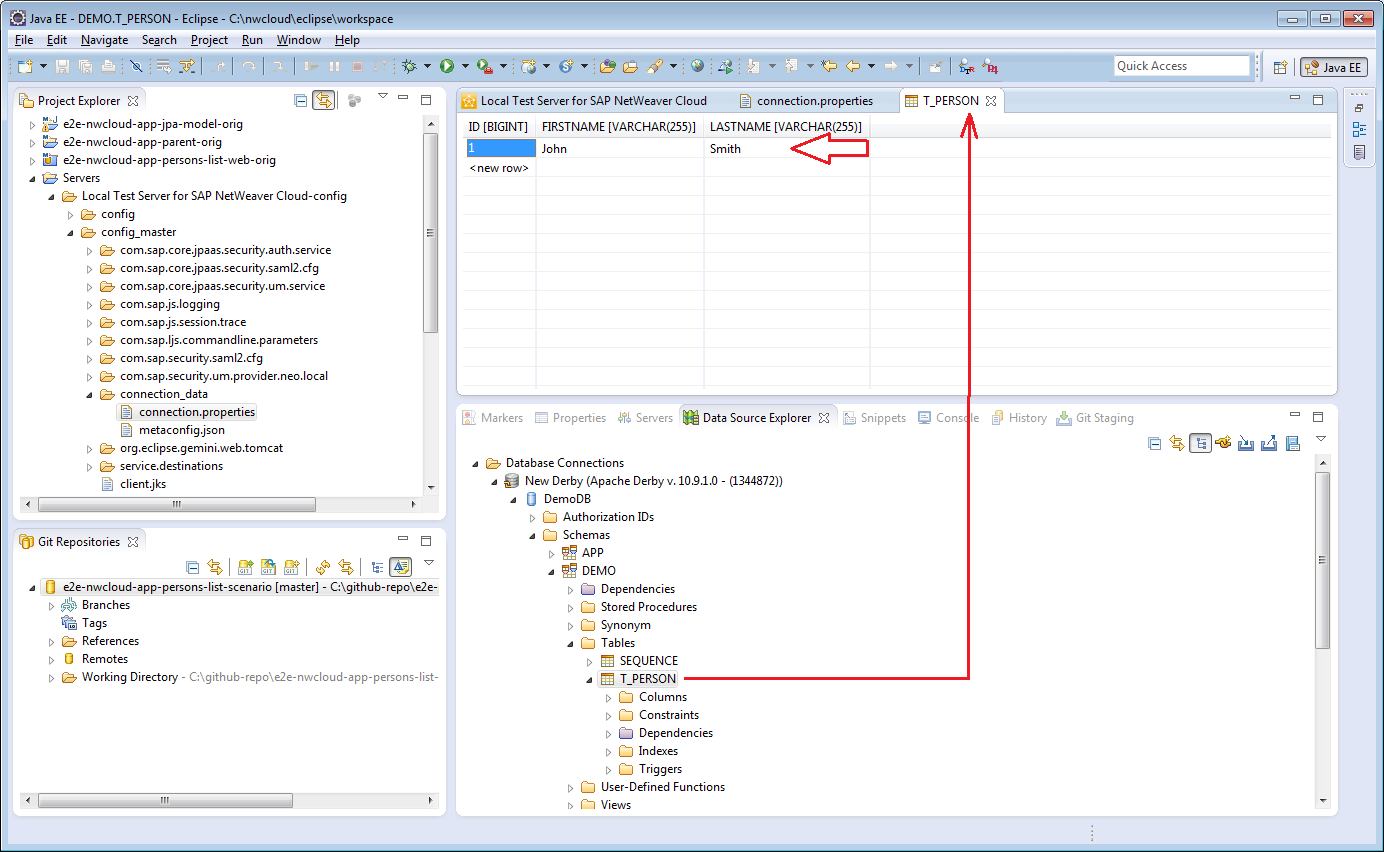 You could also install a MaxDB (for installation see here http://scn.sap.com/docs/DOC-8406) and do corresponding changes (connection.properties) as described above and work then with MaxDB as standalone db.