SAP has gained 60 million mobile users in the past 15 months and aims to double sales of mobile software to $285 million in 2012. In Q3 SAP reported mobile revenue of $61 million, 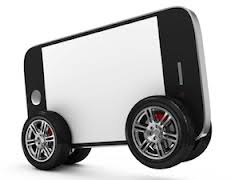 which keeps SAP on track to meet its full-year expectation. According to SAP co-CEO Bill McDermott, the company will probably maintain 100% revenue growth in mobility for “the foreseeable future.”

Mobility is a core component of SAP’s growth strategy and will play a vital role in SAP achieving its stated goals of doubling its footprint and increasing the number of SAP users to one billion by 2015.

Driven by the meteoric rise of smartphones and tablets, the consumerization trend has hit IT as an unstoppable force. SAP has built out a formidable mobility offering, but will SAP’s recent mobility moves have impact enough to help propel the company over the one-billion-users mark?

Mobility by the Numbers

How will this tsunami of mobile devices, especially tablets, impact businesses? Here’s what leading analysts have to say:

Taking into account the ubiquity of mobile devices in the work place, the rush of consumerism, and the strong and growing momentum generated by SAP’s latest mobility moves, it appears that SAP’s milestone of one-billion-users by 2015 is achievable.