Empowering Employees to Take Charge of Their Health

I spent two days this week in a design thinking workshop with several experts, including my colleague Terry Bergen, from the field of health and safety. One of the goals of the workshop was to brainstorm about the way we can use technology to enable people to take charge of their health and explore how we can provide tools to employers to promote such behavior.

The idea was also to provide employers and experts in this area with evidence, which they can use to make informed decisions to prevent injury and make informed medical decisions to get employees back to work fast when incidents do occur. We discussed the concepts of co-production, collaboration in context, evidence based decision making, informal learning systems and self-learning systems.

Several experts and design thinking practitioners worked in small groups to interview people, discuss the needs and come up with solutions. Since my colleagues and I had done a couple of years of research in the area of empowering employees to take charge of their performance, I was able to bring some of the same concepts to the table. I also introduced the participants in my group to the approach of innovation via storytelling with prototypes, which Enric Gili Fort, Eduardo Salamanca de Diego and I captured in the book Look and Flow. The approach worked very well in the workshop.

The team that I was part of tried to understand the point of view of the care giver, who is normally the spouse of the injured employee and understand how that person is impacted. 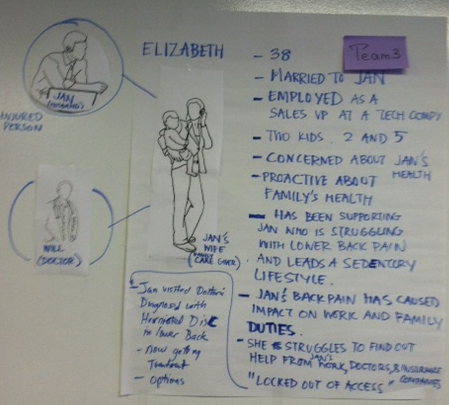 My fellow team members were  experienced experts and former senior executives in organizations such as PeopleSoft and Deloitte & Touche. They took the idea of storytelling and prototyping one step ahead and enacted the story by becoming the personas themselves. 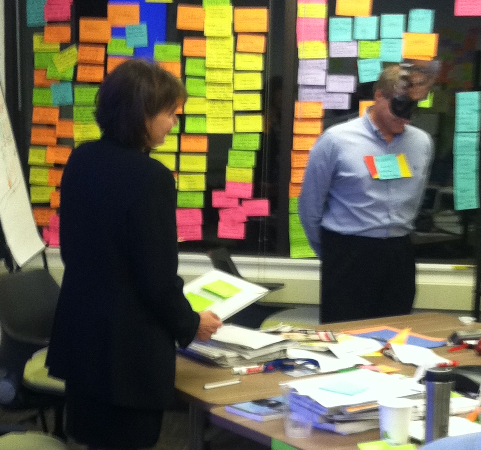 Figure 2: Team members put themselves in the shoes of injured employees and care givers

I learned that lack of attention to the wellness of employees will cost US employers dearly. A large percentage of the US workforce is aging. At the same time, 1 out of every 8 Americans aged 40 to 60 is both raising a child and caring for a parent. I learned that the generation that is doing this is referred to as the sandwich generation and is caught between children and parents requiring care at the same time. Care costs money in two ways. Quitting work and staying home to care for loved ones is lost earnings for employees and lost opportunity for employers. I had a chance to speak personally to a senior executive while working at PeopleSoft, had to quit her job to take care of her parents and kids, even though she was at the top of her career. I also had a chance to interview a few high ranking officials in the New York state health system to understand what policy makers and the health systems are doing to address this situation.

I also learned from experts in the field that collaborative, evidence-based decision making by employees, employers, doctors and insurance providers is key to preventing injuries at work, returning people back to work quickly after an injury and having a sustainable work force.

After the interviews and the brain storming sessions we identified some areas where SAP technologies such as SAP HANA and SAP Jam can play a role to address the needs of evidence based decision making and collaboration in context. I borrowed a lot of ideas from the new hire on-boarding research that my colleagues Anke Doerzapf, Enric Gili Fort and I did and applied them to this situation.

Stay tuned. There are some very good people and ideas at work here. SAP technologies are going to play a part in making people run better in the near future.