Just one month after Hurricane Sandy roared through New York City, SAP’s NYC office hosted SAP’s first-ever small and medium sized enterprise (SME) summit yesterday. To kick off the summit, a lively “Power of Small” panel discussion, which included SAP Co-CEO Bill McDermott and the Regional Administrator of the US Small Business Administration, focused on SME recovery after the hurricane and other strategies to help SMEs remain competitive. 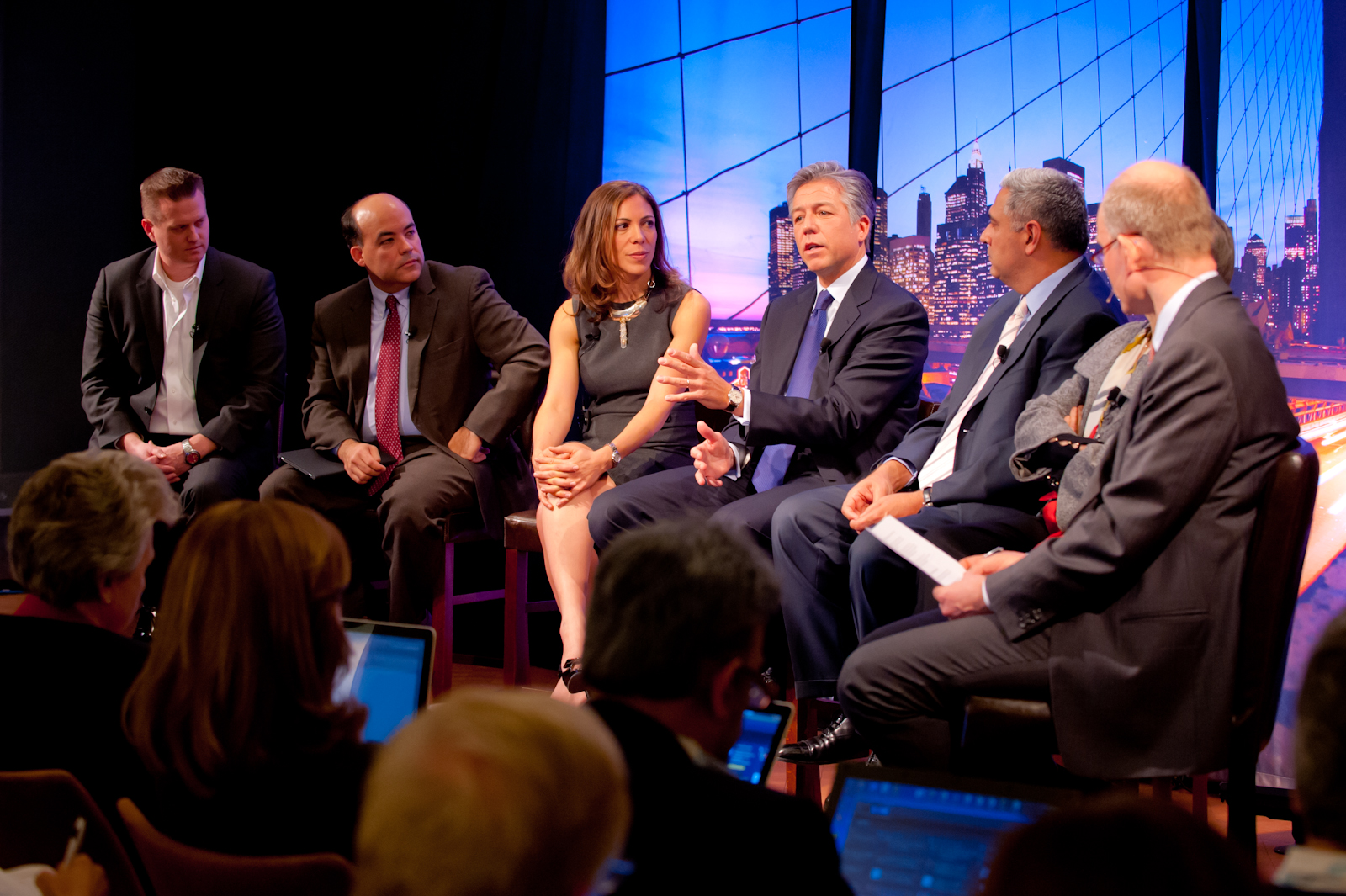 The one-and-a-half hour discussion took place in front of media, analysts, small business owners and other influencers, and was streamed to the Web.  Hubertus Kuelps of SAP moderated.

Kathryn Wylde of The Partnership for New York City answered audience concerns about small businesses hurt by Hurricane Sandy.  Wylde provided encouraging information and recommended small business owners communicate with the NYC Economic Development Corporation and their respective borough’s Chamber of Commerce.  Jorge Silva-Puras of the Small Business Administration also articulated an optimistic standing on the health of SMEs in the US.  Silva-Puras said the small business community has not only grown and recovered over the last several years but also added two thirds of the United States’ recent job growth.

A former small business owner himself, SAP Co-CEO Bill McDermott highlighted the role technology plays for SMEs.  From cash registers to cloud software, McDermott made it clear that technology is central to SMEs everywhere.  SAP solutions-which were exhibited in the latter half of the SME Summit-allow small businesses to grow into larger, more profitable businesses.  Panelist John Evarts of Mediafly agreed that technology like SAP’s in-memory solutions greatly help small startups transform into “scale-ups” like his own.

Speaking of startups, McDermott announced that SAP has powered over 150 startups in Silicon Valley with SAP HANA, which enables entrepreneurs and SME owners to make fast and informed business decisions.  Cloud and mobile applications powered by SAP were demonstrated throughout the Summit.

SAP’s “Power of Small” panelists also illuminated public policy and human capital as factors that make or break small businesses.  Sunil Hirani of trueEX expressed concern over immigration policies and the effect they often have on entrepreneurship and SME success in the US. With nearly one third of New York’s SMEs owned by immigrants and millions of immigrant entrepreneurs, most panelists agreed this policy should be reexamined to ensure SMEs thrive.

Linda Rottenberg of Endeavor highlighted the importance of people and human capital for SME survival.  Rottenberg believes encouraging mentors or “mentor capital” is a crucial factor for the livelihood of businesses and embodies that belief in her global nonprofit.  Bill McDermott announced that SAP has committed to Endeavor and its mission to catalyze long-term economic growth by selecting, mentoring, and accelerating the best high-impact entrepreneurs around the world. McDermott said SAP’s ecosystem thrives on the “power of small” because small businesses, which have intellectual capacities far beyond their larger counterparts, compromise 88% of SAP’s new business portfolio.

The “Power of Small” Roundtable made it clear that policy, people, capital and technology drive small business growth.  What is often overlooked, McDermott pointed out, is the spirit of a leader with a big idea.

Watch the re-play of the roundtable here.