SAP Innojam Bangalore 2012: Couldn’t get any better than this!

I’m still a little sleepy but anyway here goes… SAP Innojam Bangalore 2012 was my first ever participation in an innojam, and wish i’d get to participate in such events more frequently. Below is a summary of why i feel Its been the best weekend of my life as an SAP consultant.

Yes, design thinking has been around for a while now and we’ve all heard in bits and pieces about how it has led to innovative solutions. But Innojam was probably the first time most in the SAP community here actually put it to use to build out their prototypes.At first the thought was it would lead to chaos but the design thinking coaches assigned to the teams helped out whenever there was a roadblock to our design thinking process and guided us along the way to building a persona and the point of view. All in all , it was a great experience getting acquainted with design thinking and i’m already looking at ways we could use design thinking internally in our teams for building a solution (but using a lot less paper!). 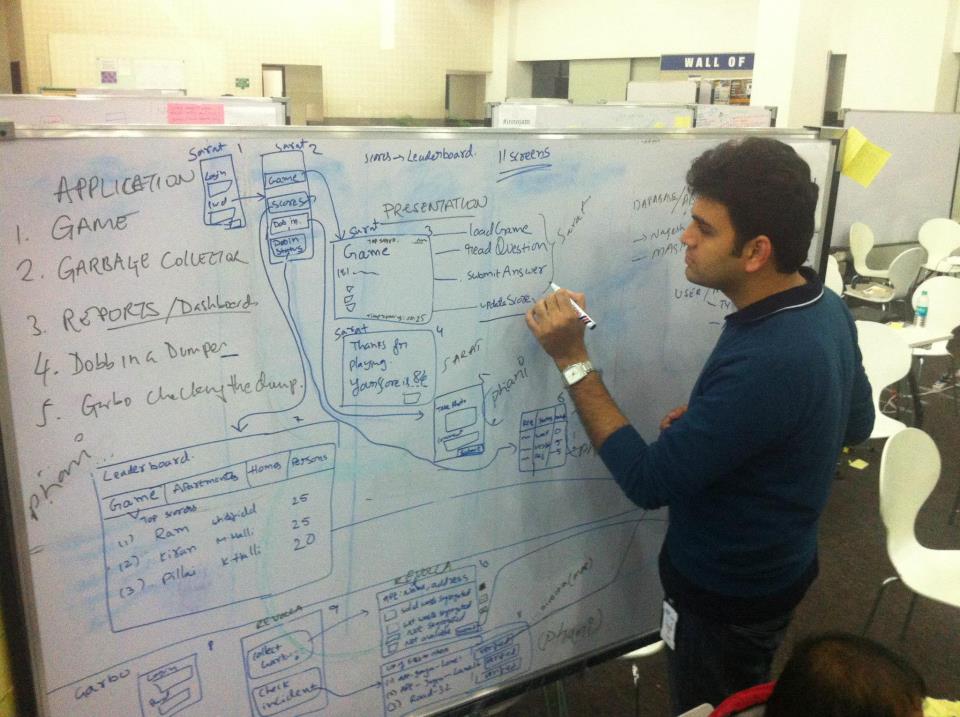 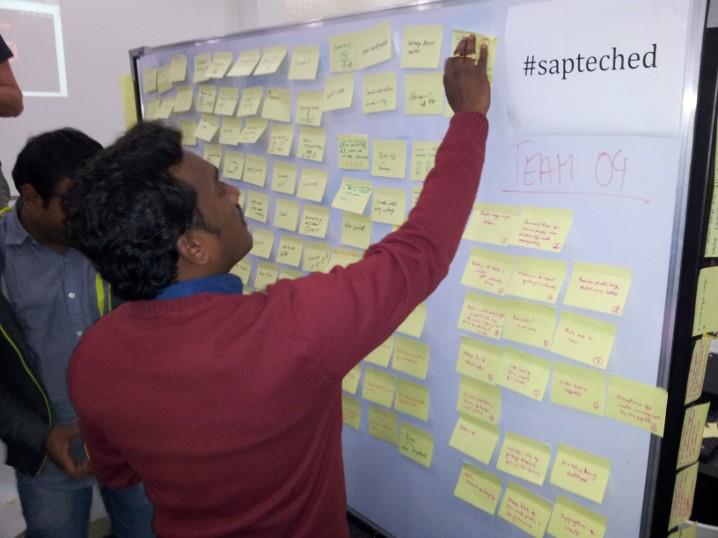 Be it HANA, Mobility, Cloud and even User Experience Design, Innojam this time had all the experts one could possibly want to help out with building their prototypes. And they had a fairly busy time too, with many errors cropping up every now and then, but they ensured they were available to solve issues and redirected us to experts who could. Having a good mix of skill sets is always a good idea in a event like this. We happened to just get the right mix by luck. We had functional consultants, hardcore developers, people eager to learn just about everything.. an amazing bunch of people! 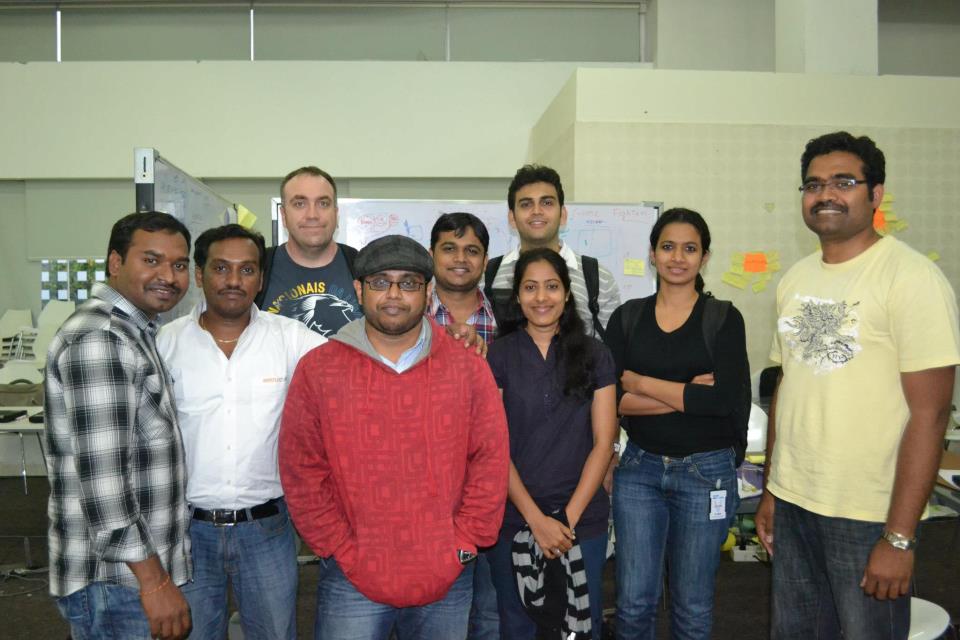 A large part of my job revolves around pre-empting technology trends and making sure my team s ahead of the curve and has the required skills to take up work in these niche areas. So i couldn’t help but notice three very important patterns in almost every solution we saw, no matter how different the themes were.

Almost every team’s solutions had an element of Mobile in it. From dashboards to Loyalty management to waste management, mobile was everywhere. However when you dig into the details( the devil is always in the details 😉 ), SUP was not used as the technology platform for most apps. Instead, most teams chose the RESTful way with SAP Netweaver Gateway and NW Cloud to build apps. More importantly, developers lapped up SAPUI5 instantly and loved it and used it as a device agnostic interface for building mobile aware interfaces. I expect that by this time next year, these technologies will have gone mainstream and you will see them used everywhere, rather than just remain in the geek domain. (Something to worry about for the SUP folks though, me being one of them 😉 ). .

Well, no event becomes as awesome as this unless you have hosts like Rui Nogueira . Together with the rest of the Innojam team, they livened up the place and kept us going through the night with funny videos being played on the large display, interacting with the teams every now and then and having a blast the whole time!. 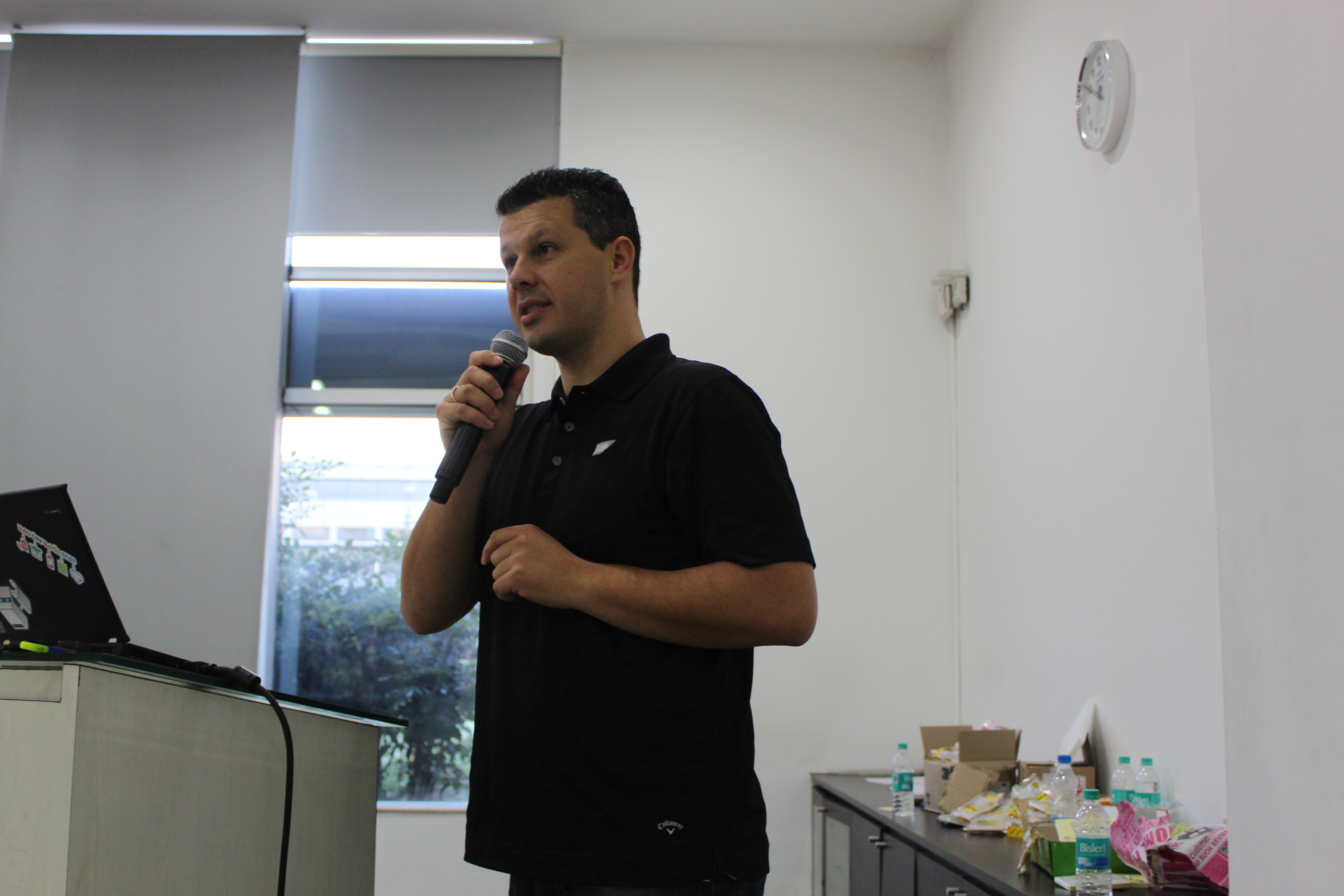 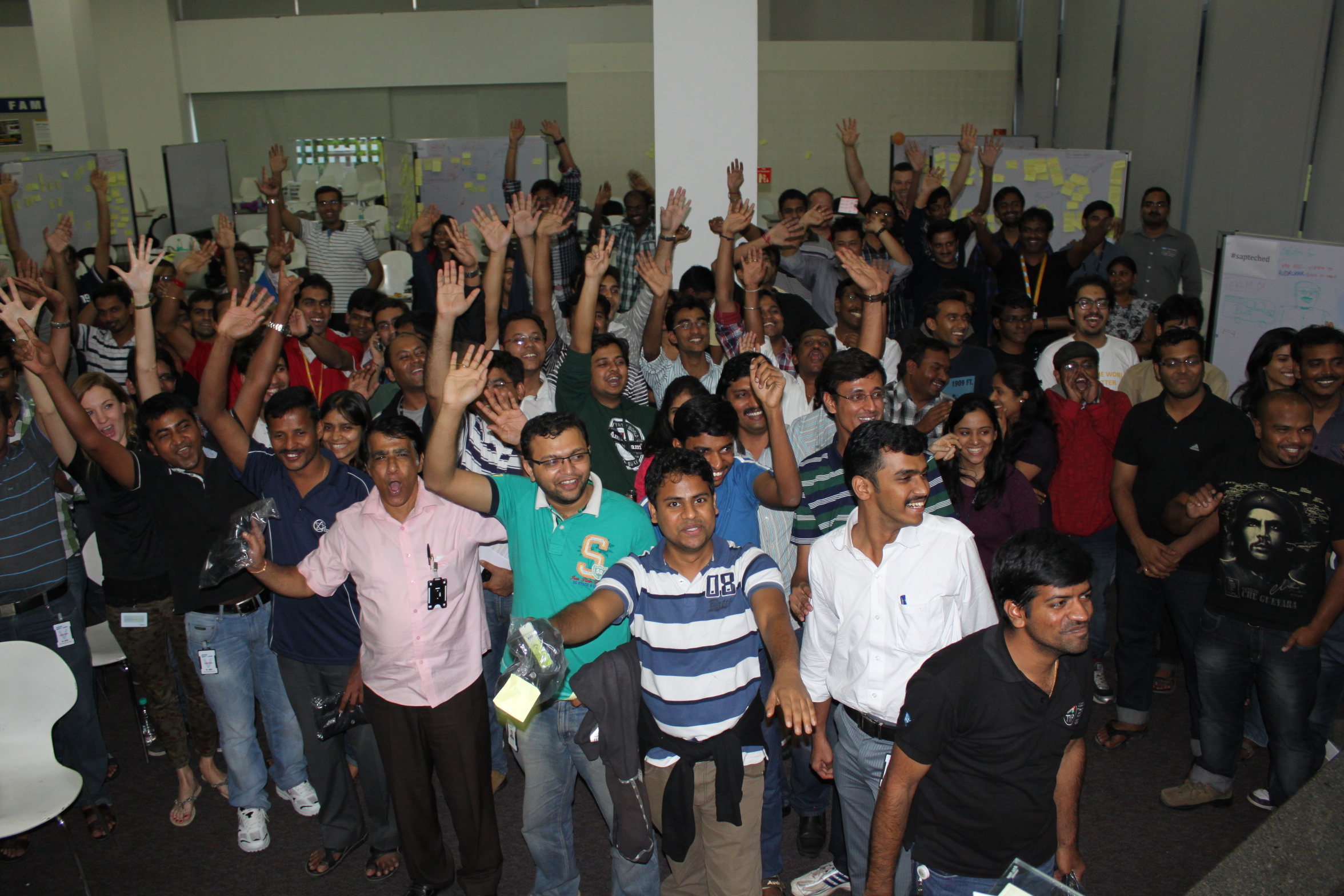 120+ participants(largest for an innojam event ever!), 16 teams, the highest number of female participants(20), 2 days of of learning, coding, networking, need i say more. Rui was right when he mentioned that this was probably the most intensely contested innojam event ever, it definitely was.The learning gained within this time was awesome. Every participant was a winner in one way or the other. It couldn’t have gotten any better this year, and i’m quietly optimistic it will be even larger and better next year!.

SAP Inside track India 2012 is scheduled for December 8th. So i’d request everyone who’s participated in Innojam to give SAP Inside track a try as well by registering here. It was an amazing event last year, with community members presenting on various topics. I have a feeling this time could be even better! That’s all from me for now.

Great blog mate, thanks for sharing our teams experience.

We owe our design thinking coach a big thanks, he was invaluable.  Our design had taken a wrong turn and went down a dead end, he was able to quickly turn it around and get us back on track.

I also agree with your insight, most of the presentations had a mobile application and they were all very good, when each of the teams described the architecture of their solutions SAPUI5 and Netweaver Cloud were both mentioned a lot, however there wasn't much mention of SUP.

Thanks John. Had a great time learning from you. Hope to see you again next year!

Nice blog Asim. John it was a great learning experience working with you. We were lucky to have people like you and Sharat with us. Awesome technologies and awesome people!

Thanks to everyone.Hope to see all in same event in next year 🙂 .

Thanks Syam. Yup. We'll be in touch!

I add my thanks for this excellent summary and voice my appreciation for the spirit of the participants.  Hope to continue virtually some of the great conversations we began at innojam . Those of you at SAP TechEd Bangalore, please come and visit me at the Clubhouse (SCN pod) and for those wanting to taste the Design Thinking methodology, please see me about getting a personal invitation to the "Role of Empathy in Design Thinking" special event that we will be hosting on Thursday, November 29th. @mohammed_ Asim @john_patterson please spread the word and the invitation. Mohammed Asim John Patterson

Thanks Marilyn. Though I may not be at TechEd this year, I sure will let folks attending the event know about it!

Nice wrap up Asim, two biggest Insights I gained are.. Change and Innovation.

The event reminded me of a sentence '1,000,000 people can do your job.What makes you so special?'. 50+ people ... nearly half the participants didn't sleep from the beginning of the event till the end of it. It speaks about the change, competition, staying on the bleeding edge and above all staying relevant in the face of rapidly changing technological landscape.

Design Thinking during the InnoJam and the Empathy worksop that followed have been great learning. I think Design Thinking can help even independent software developers a lot in identifying the needs/Insights and helps them come out with an Innovative solution. Mix it with the PAAS from SAP and we can see how Innovation from a single mind could have the potential to reach out to the worldwide audience. Amazing possibilities.

Needless to reinstate the obvious that Garbinators rock ;-). It was a great expereince working with you all. Hopefully, see you next year.