Winning the InnoJam & becoming 3rd in DemoJam – The technical side

InnoJam as pre-event of the TechEd means that you start on Sunday morning to design within a 6 hour design thinking session a solution fitting to the motto Better Cities – Better Lifes and then have another 24 hours to develop this and prepare a presentation that convinces the jury that you have to be the winner. Because this gives you a place to present at the TechEd DemoJam the next day.

Wim Snoep has written a great blog from the team’s point of view:

In this Blog I would like to give you some more insights on what was required to get this story up and running and the objects that were finally built.

We had there two different types of users working with the system: 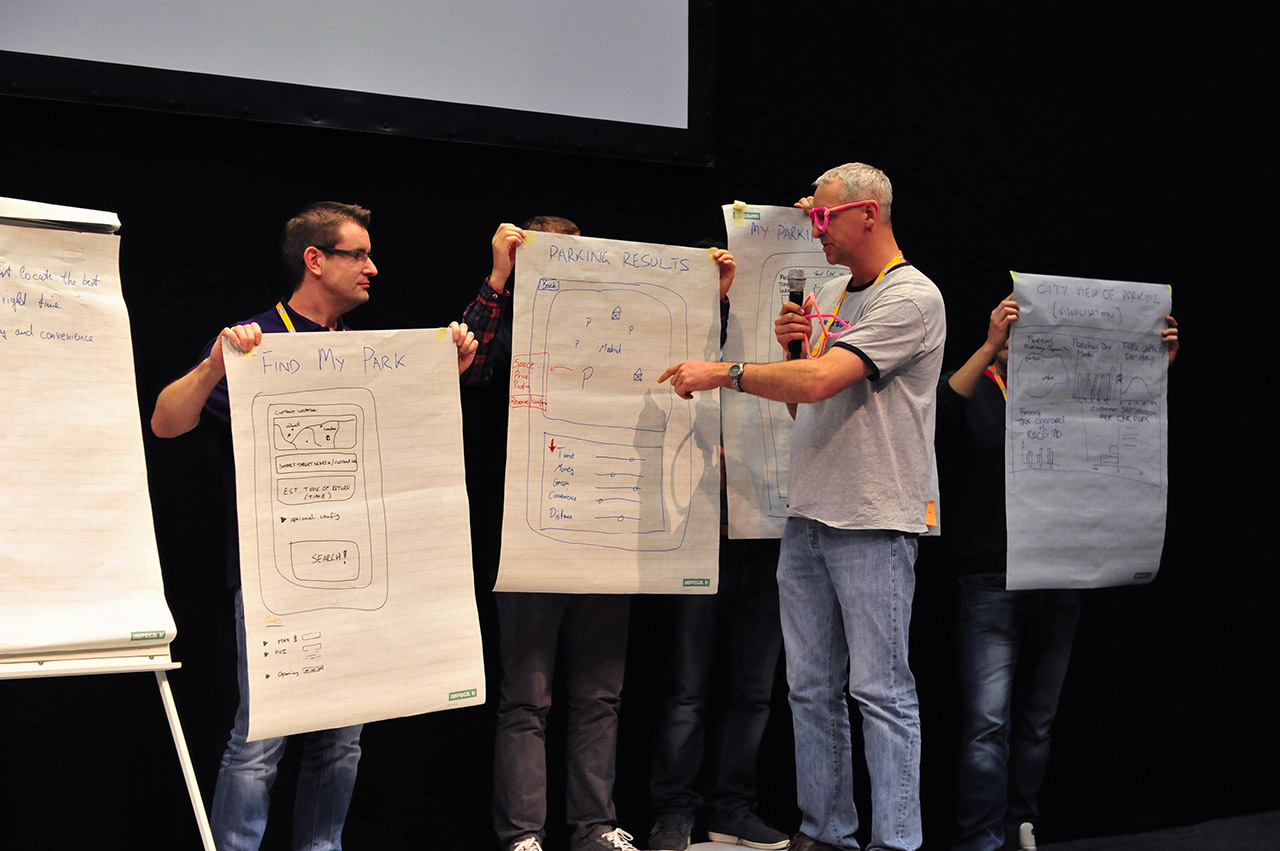 So, 24 hours and even less is not much to build such a complete scenario as the team wanted to have and not only a little UI prototype since you need also quite some time to create and prepare the presentation and probably you want to have one or the other hour of sleep in the night.

As Wim stated: „We decided for a backend which was easy to create, and easy to open up, since we had limited development capacity in the team. Chosen was for Business ByDesign.”

But at the end it was much more than only the backend:

The parking places are stored in this master data object with address, cost, location and number of spaces:

The booking records are stored in a 2nd Business Object with an association to the Parkingplace object including the satisfaction rating:

A complete UI scenario with navigation was created with the UI Wizard: 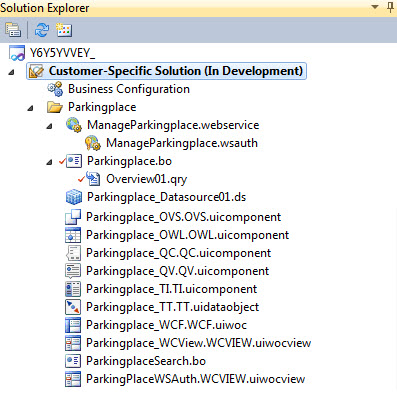 To be used with an iPad, the UI’s must be tagged in the UI Designer with Tablet:

The same was done for the second object Parkingrecord.

The resulting UI on the iPad rendered with the iPad Player downloadable from the Apple App Store: 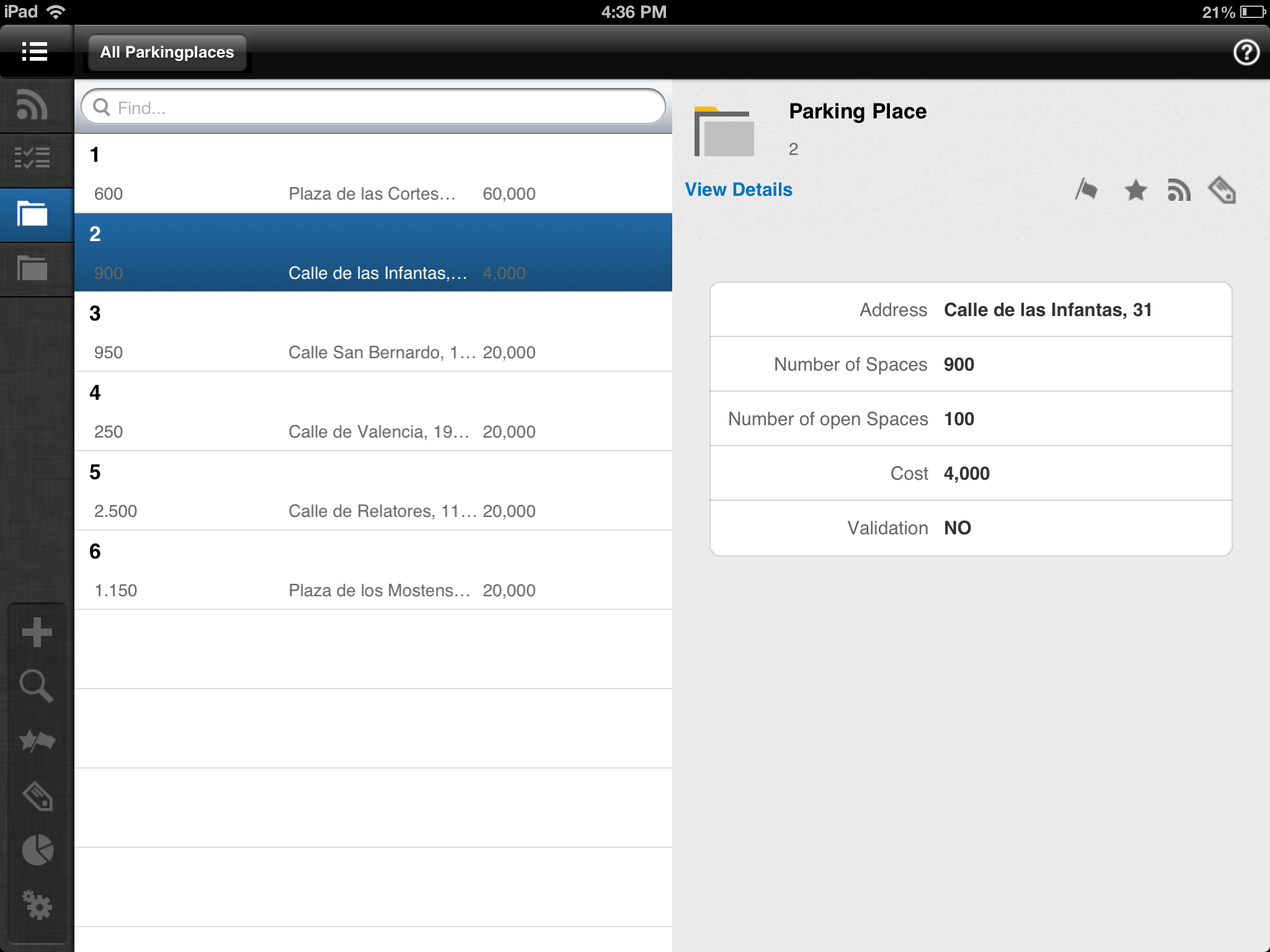 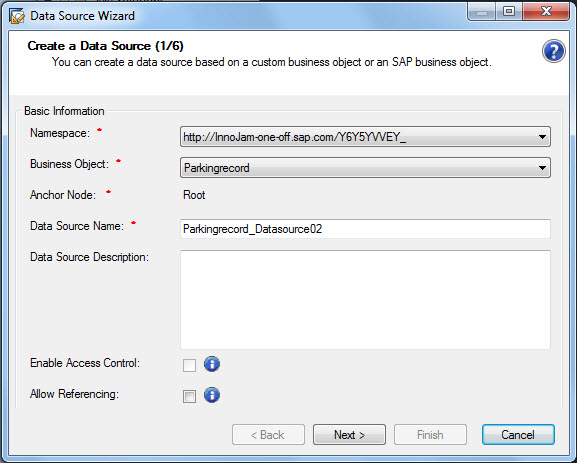 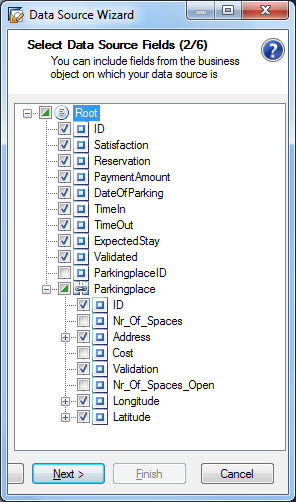 Then the reports are defined and the result on the iPad looks like this: 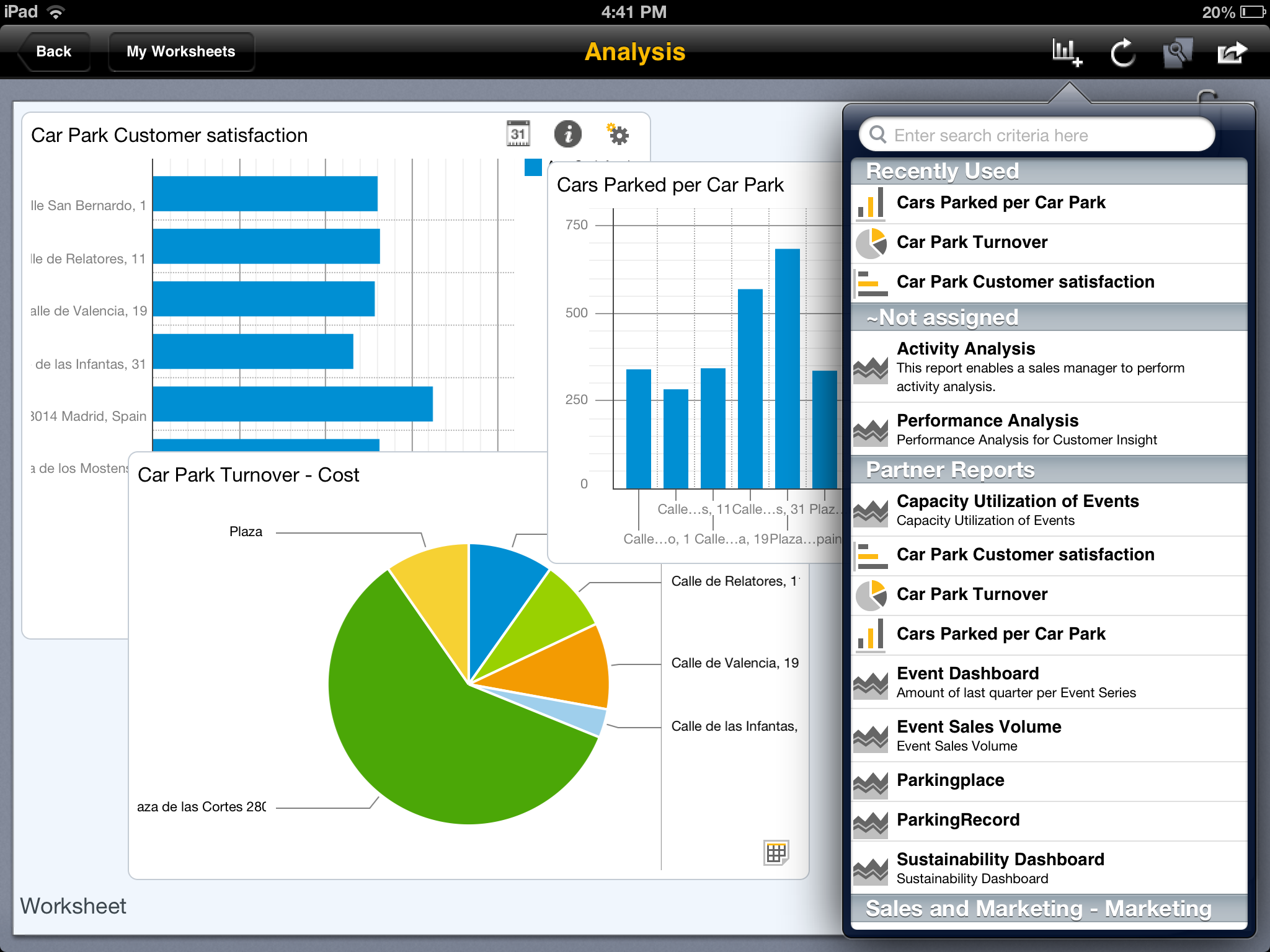 As consumer device a Windows 8 tablet was used. To have a complete free design, the app was built with native programming in C#. To communicate with the business objects, meaning to query or to create or update data, WebServices have been created. Also here the ByDesign Studio provides a wizard to select the required fields and define the service operation like query or create: 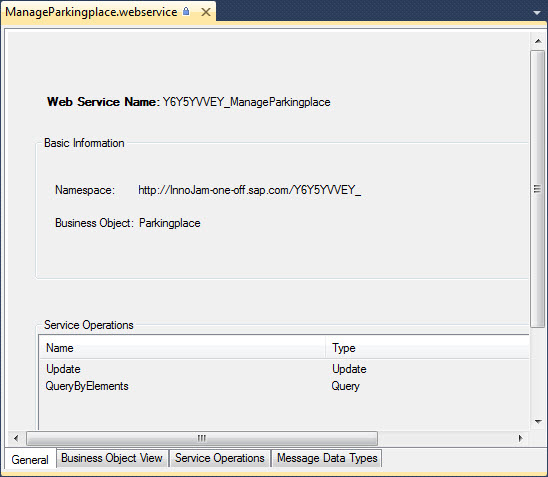 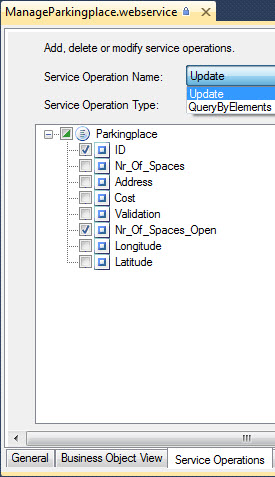 The WSDL file from these services is then used in the C# project for the consumer tablet UI: 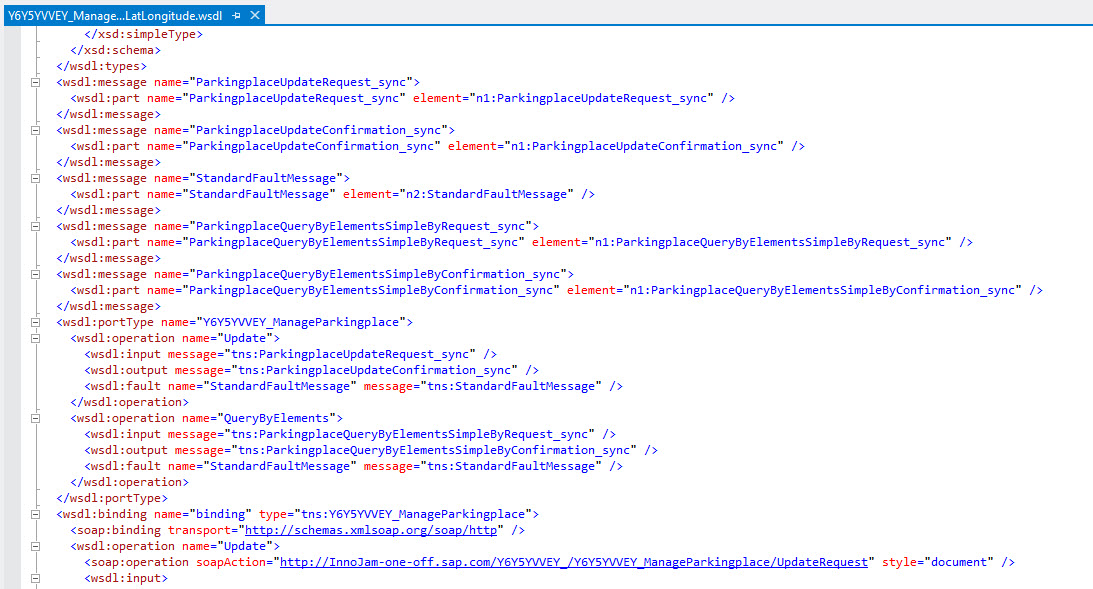 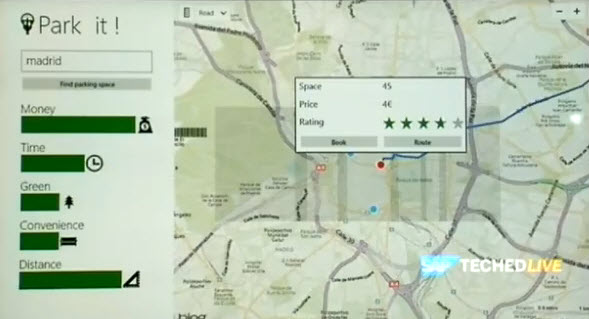 To have an at leastbit realistic data basis for the reporting, the parking record business object was filled with ~2000 records, which were too much to enter them manually. So we created with the ByDesign Studio a file upload interface, our standard data migration way for own objects.

The wizard guides you through all steps like selection of the required fields: 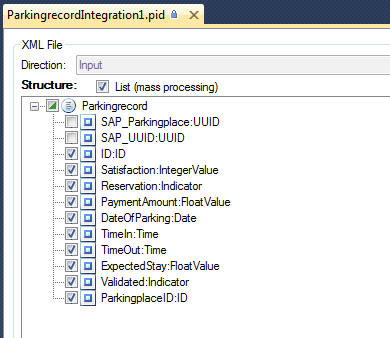 To sumarize this at the end, a lot of different content was created using Business ByDesign Studio, mainly built using the wizards, not much coding was required. This helps the great Park-IT team to build the complete end-to-end story in the given timeframe.

Excellent detailed blog about Parking Shark's backend Werner. Thanks for posting this, and thanks for all your assistance in helping us get the app live!

Another great example of how easy the ByDesign studio is!

Thanks for informative and well structured blog! It would be great to have more like this.