The term Big Data is becoming the buzz word du jour in IT these days popping up everywhere, but with good reason – more and more data is being collected, curated and analysed today, than ever before.

And Facebook similarly announced that 2.5 billion content items are shared per day on its platform, and it records 2.7 billion Likes per day. Now that’s very big data.

But for really big data, it is hard to beat the fact that CERN’s Large Hadron Collider creates 1 petabyte of information every second!

And this has what to do with Sustainability, I hear you ask.

Well, it is all about the information you can extract from that data – and there are some fascinating use cases starting to emerge.

A study published in the American Journal of Tropical Medicine and Hygiene found that Twitter was as accurate as official sources in tracking the cholera epidemic in Haiti in the wake of the deadly earthquake there. That cholera outbreak killed over 4,600 people. The big difference between Twitter as a predictor of this epidemic and the official sources is that Twitter was 2 weeks faster at predicting it. There’s a lot of good that can be done in crisis situations with a two week head start.

Another fascinating use case I came across is using social media as an early predictor of faults in automobiles. A social media monitoring tool developed by Virginia Tech’s Pamplin College of Business can provide car makers with an efficient way to discover and classify vehicle defects. Again, although at early stages of development yet, it shows promising results, and anything which can improve the safety of automobiles can have a very large impact (no pun!). 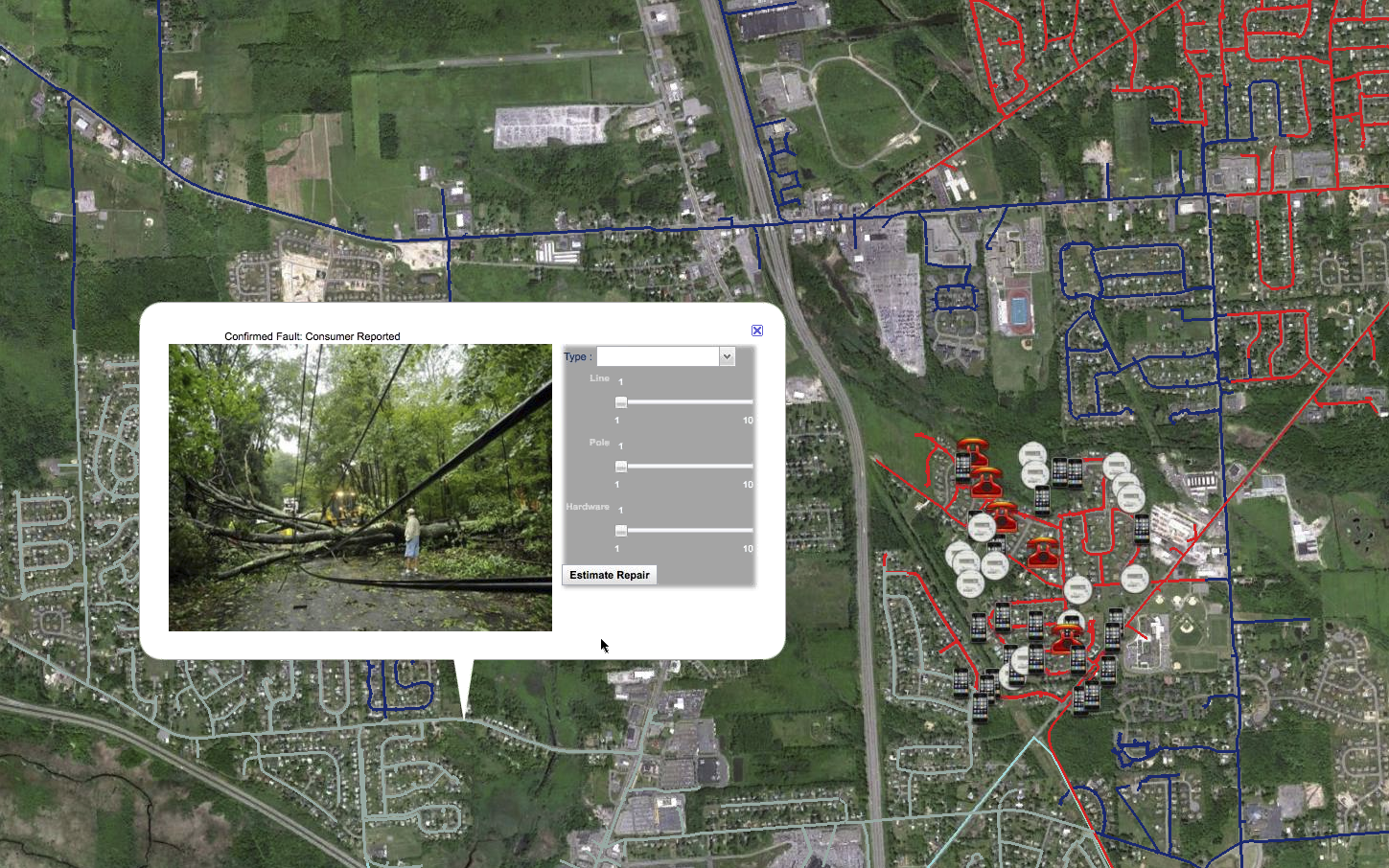 GE have come up with another fascinating way to mine big data for good. Their Grid IQ Insight tool, slated for release next year, can mine social media for mentions of electrical outages. When those posts are geotagged (as many social media posts now are), utilities using Grid IQ Insight can get an early notification of an outage in its area. Clusters of mentions can help with confirmation and localisation. Photos or videos added of trees down (as in this photo), or of a fire in a substation can help the utility decide which personnel and equipment to add to the truckroll to repair the fault. Speeding up the repair process and getting customers back on a working electricity grid once again can be critical in an age where so many of our devices rely on electricity to operate.

Finally, many companies are now using products like Radian6 (now re-branded as Salesforce Marketing Cloud) to actively monitor social media for mentions of their brand, so they can respond in a timely manner.

Gatorade in the video above is one good example. So too are Dell. Dell have a Social Media Listening Command Centre which is staffed by 70 employees who listen for and respond to mentions of Dell products 24 hours a day in 11 languages (English, plus Japanese, Chinese, Portugese, Spanish, French, German, Norwegian, Danish, Swedish, and Korean). The sustainability angle of this story is that Dell took their learnings from setting up this command centre and used them to help the American Red Cross set up a similar command centre. Dell also contributed funding and equipment to help get his off the ground.

The Command Centre proved itself invaluable to the American Red Cross in the last weeks mining big data to help people in need in the aftermath of Hurricane Sandy.

An earlier version of this post was originally published on GreenMonk.net on Nov 1st.

Thanks for posting this here Tom. I hope you are encouraged to rework some of your other posts for the SCN audience.

Thanks Nigel - chances are I will 😉

Thanks for posting your blog here Tom. Not the first time I have heard about how effective twitter was at tracking the spread of the cholera epidemic in Haiti but it still blows me away.

Cheers Graham - there are plenty other good examples too, and more and more emerging every day. Exciting times!