The InnoJam at SAP TechEd Madrid 2012 is now over. This 30-hour design and coding competition took place on Nov 11-12 in Madrid and attracted a total of 62 participants from 14 countries who formed 8 teams (initially 9 teams, then two teams merged). It was by all accounts a very successful event, see for example what participants Ivan Femia, Tim Guest or Wim Snoep had to say about it.

The InnoJam started at 10AM on Sunday and by 3PM on Sunday all teams were ready to present a running software prototype that addressed one of the 5 challenges set to the participants on the theme “Better Cities – Better Lives”. To put things in perspective: not only the software itself did not exist 30 hours before, but the teams members didn’t know each-other either!

Right after each prototype presentation a panel of judges grilled the teams on all aspects of their solution: technical feasibility, business viability and user desirability. From left to right, our judges were Bjoern Goerke (SAP), Chris Turner (SAP), Ann Rosenberg (SAP), Graham Robinson (Yelcho Systems Consulting) and Ulrike Kleifeld (SAP). 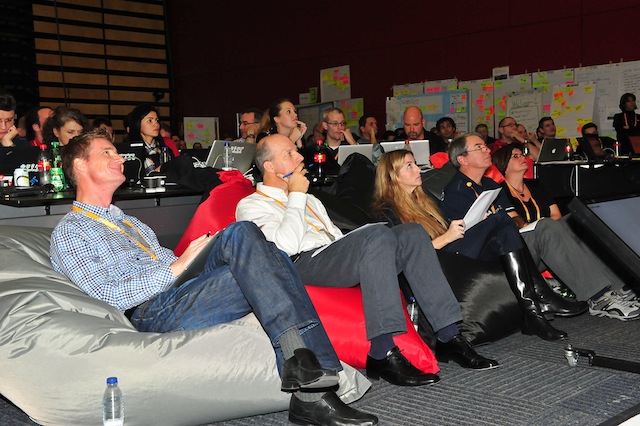 And the winner is… Actually we had two winners! The gods of SAP TechEd allowed us to send two teams from the InnoJam to perform on stage at TechEd DemoJam on the next day, so the jury chose two winners: team WeCare and team Park-IT. 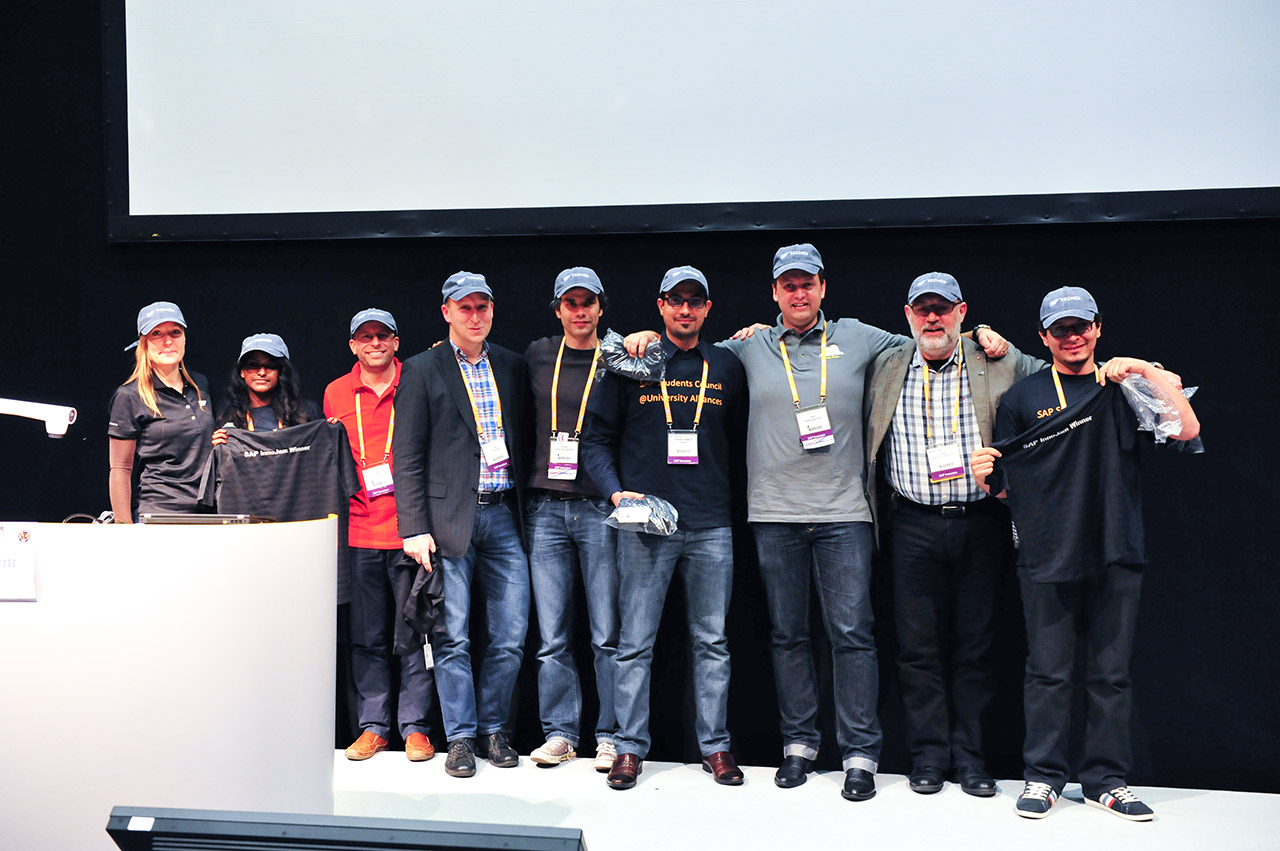 Team WeCare presented a mobile and cloud application for managing a private social neighborhood ecosystem. Thanks to the neighbors interaction center, neighbors can help each-other with everyday tasks such as car pooling, babysitting, planning playmates and other social activities such as a local community barbecue. 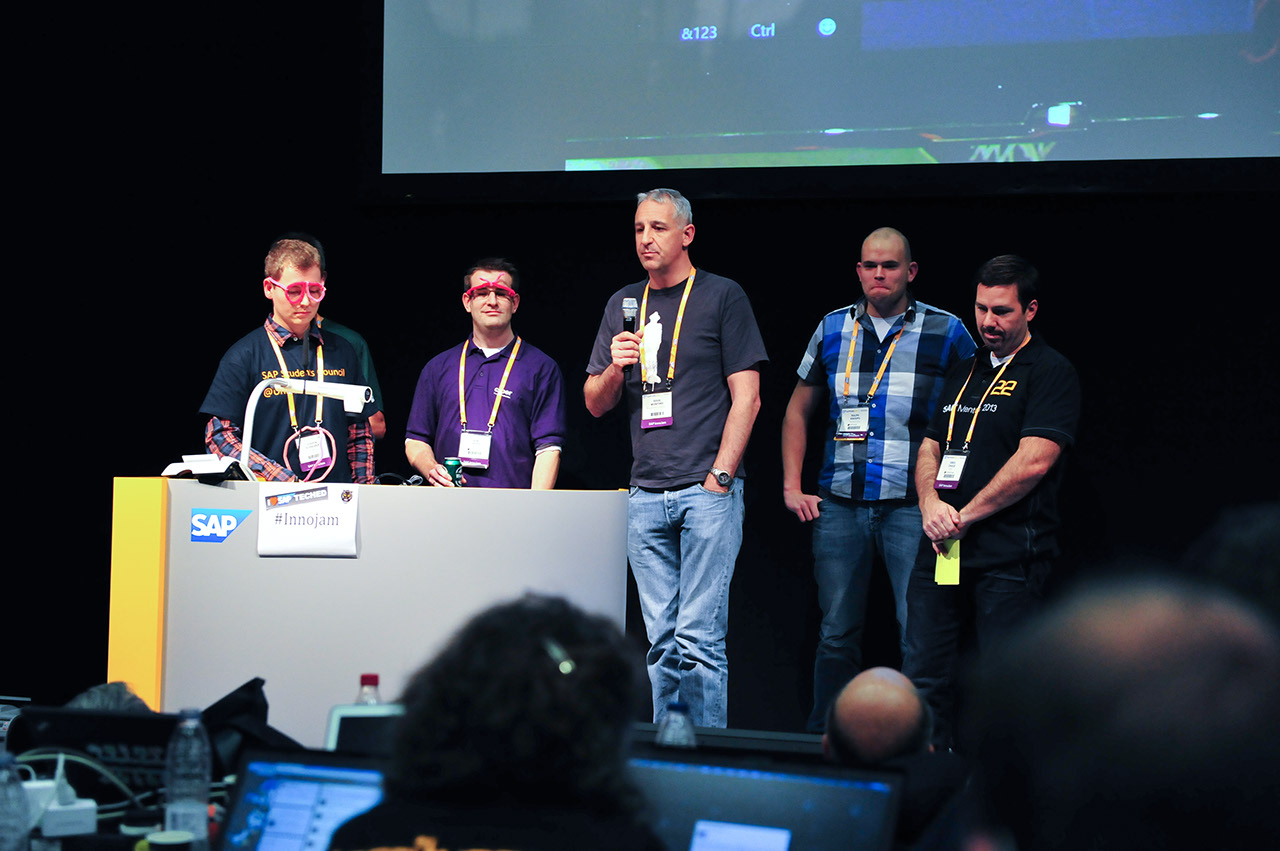 This year’s event different from  TechEd InnoJam 2011 in Madrid in three major ways:

All throughout the night the teams received help from a wide range of SAP technical experts and SAP mentors who helped them get started with various SAP technologies, among which SAP HANA, SAP NW Cloud, SAP Mobile technologies, SAP NW Gateway, SAP Business ByDesign, SAPUI5 and more.

On Tuesday night the two winning teams presented in front of thousands of TechEd attendees at DemoJam: see team WeCare and team Park-IT perform on stage or watch the full DemoJam event. While we still have to see an InnoJam winner win TechEd DemoJam, we are very proud that a demo cobbled together in 30 hours by a team that discovered itself on the day of the event could take third place, competing with demos that have been months in the making! 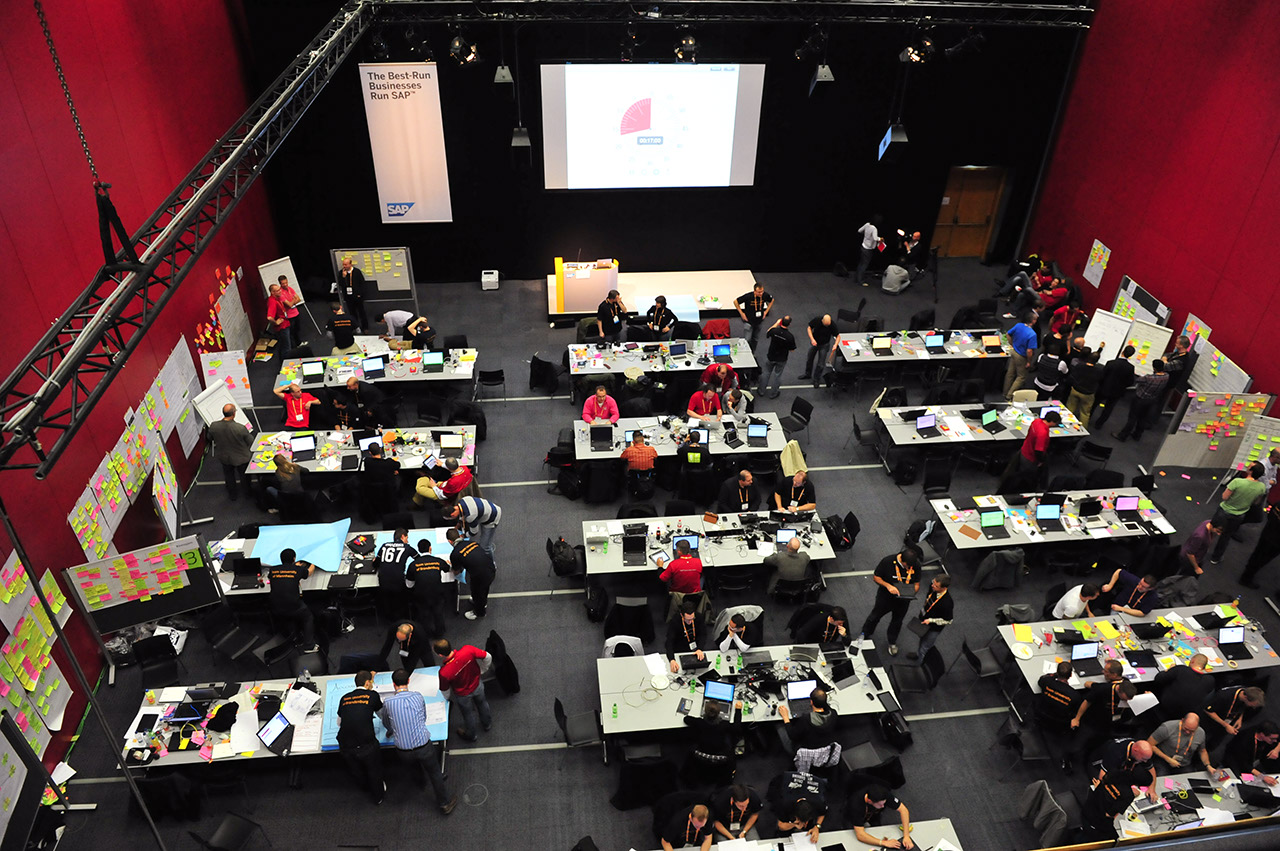 If you are reading this and attended this InnoJam, thank you and we hope to see you next year!

If you are reading this and did not attend, make sure you do not miss out on upcoming InnoJams! You will learn a lot, make new friends and experience for yourself the power of a committed team of developers locked in a room with drinks, food, laptops, technical expertise and the desire to learn and win!