Calling Python from ERP (With PyRFC)

If you read my previous blog Revisiting Python and SAP (With PyRFC) then you will recall that I said that with PyRFC we can not only retrieve data or execute services from the ERP side, but also use PyRFC as a server to be called from the ERP.

In other words, we can create a function in Python that will hosted by PyRFC and then called by an ERP function module.

In this blog we’re going to build and XML comparator, that will read two XML files and will return the additions and deletions.

You might have already PyRFC installed, so let’s go to the steps we need to follow to make this work…

First, we need to get the information of the Gateway server, so let’s go to transaction SMGW and choose Goto –> Parameters –> Display. At the end of the table, you will find the needed information.

Then, we need to create an TCP/IP connection, so we can call our PyRFC Server. Go to SM59 and create the following. 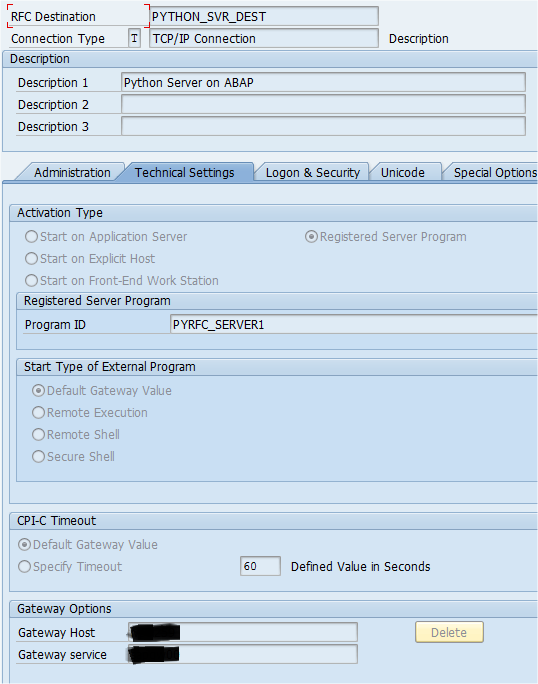 Now, we need to create a file that will contain our connection information, for both the ERP and the Gateway Server. 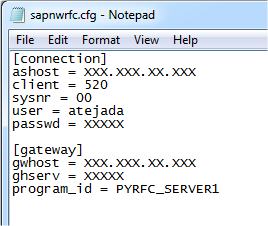 In my testing, I used the gwhost that comes from the SMGW but somehow it didn’t work properly…I used the value of ashost…so try with one first and if it doesn’t work, do it like me.

Now, log into your ERP and create a simple structure called ZXML_RESPONSE.

Create a Table Type using this structure and call it ZXML_RESPONSE_TT.

Now, go to transaction SE37 and create a function module called ZXML_DIFF. This FM will be empty as the work will be done on the Python side. 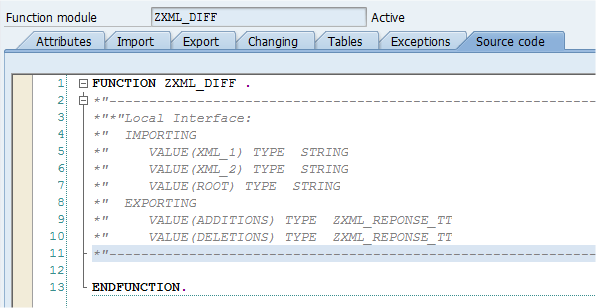 We need two libraries to make this work ListComparator and ElementTree, you can install both using easy_install.

The code is simple, Python will receive two path’s, one for each XML, read it’s contents, compare the differences and return what has been added and what has been deleted.

Now that we have out Python Server ready…let’s define a couple of XML to test this. 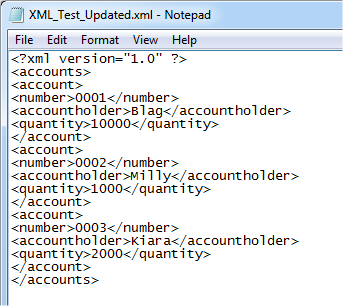 Go back to transaction SE37 and run the function. It’s very important to fill the RFC Target sys parameter with the name we used to named our RFC destination.

The ROOT parameter will tell our function which one is the parent function of the XML files.

Now, run the PyRFC_XML_Diff.py application and you will see this, that will indicate us that the server is up and running.

Now, run the function and we will get our response from Python. 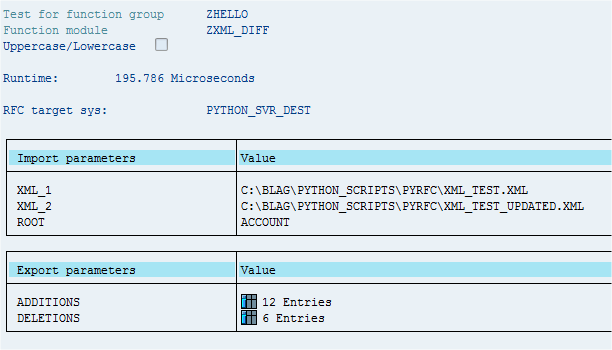 Now, we can analyse both the ADDITIONS and DELETIONS tables… 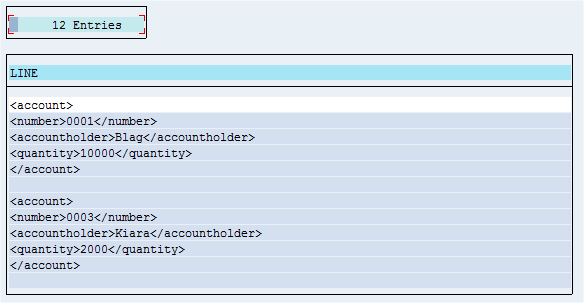 We can see that something happened with the account number 0001, which wasn’t added, but it’s value was modified. Also, in the second XML, Kiara’s account was added.

So as you can see, we only use an empty shell from ERP to call all the functionality from Python.

Very nice blog,I followed all the steps mentioned by you but I am facing communication failure of RFC while testing the function modules.But I am able get system information from SAP system on python server.Thanks in advance for your help.

We would like to pull some data from ECC by Python and I thought that your blog Revisiting Python and SAP (With PyRFC) which you mention in this one may help. However I couldn't display it. Could you please share it again.