Helicopters in the air, police everywhere and whistling all around you. Doesn’t sound like Madrid? Well today that is Madrid. You maybe heard about the strike in Spain – actually there were strikes all around Europe – and maybe already saw the pictures from the strike in Madrid in the news. But let me tell you something, for TechEd participants the strike was not as much of a problem as you would think. Quite frankly at TechEd as such you did not even realize there is a strike and the shuttles from and to the event were perfectly well organized. So well that the way back into the city took 15 minutes less than on other days (less traffic in addition to the perfect organisation I assume).

Anyway lets have a look at day 2 of TechEd.

I personally admired their way of walking the participants through “a day in a live of SAP NetWeaver Gateway developer”. Participants learned how to build OData services using the Service Builder. In addition they learned how to activate, maintain, test and debug a service.

After “a day in a live of a SAP NetWeaver Gateway developer” participants learned about different features of the OData protocol.

Eventually Simen Larsen-Frivoll from Pearl Consulting talked about three customer projects that have been implemented by Pearl.

Holger Bruchelt led later during the day a Microforum on how to “extend the reach of your applications to more users”. In the microforum Holger discussed with the participants for one hour about Duet Enterprise. As you may – or may not – know Duet Enterprise is “powered by” SAP NetWeaver Gateway.

For a more comprehensive overview on day 2 click here. 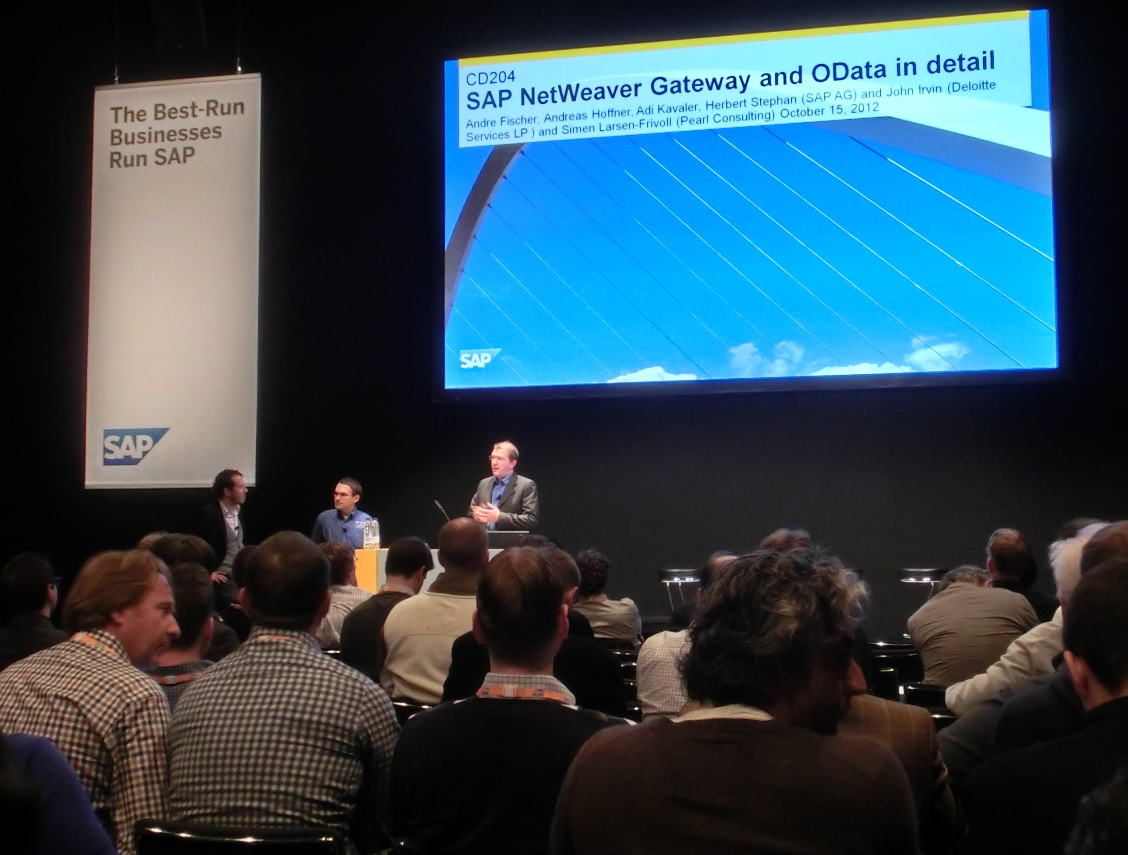 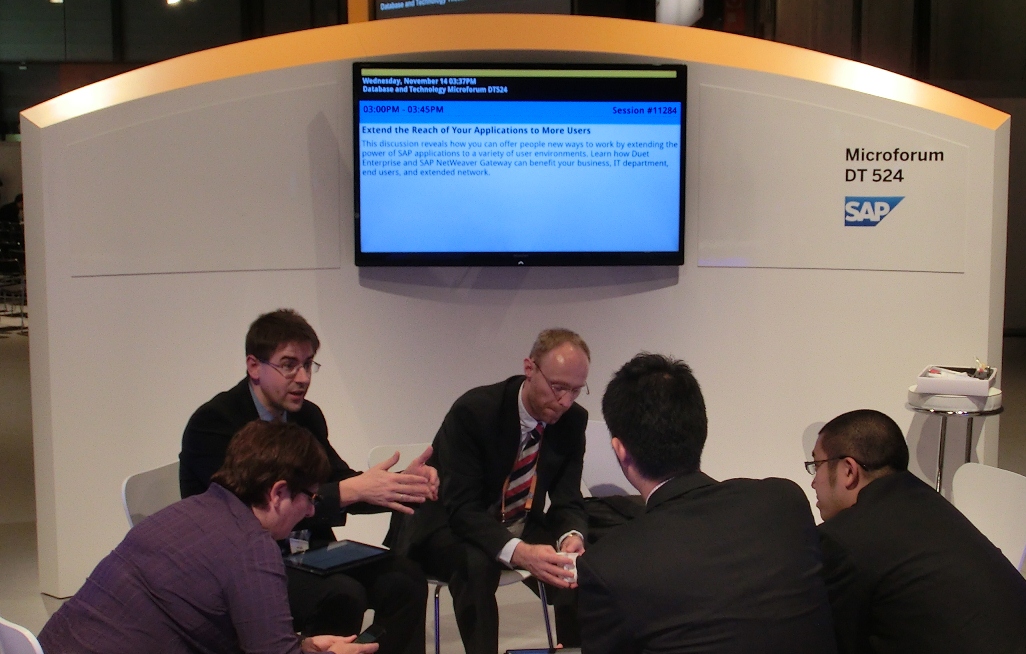