Welcome to the last episode about the SAP Open Source Summit 2012. In the first three episodes, I shared my overall impressions, key parts of my presentation on the corporate open source strategy, and insights from guest keynotes, respectively. Now I want to finish with a few areas that we are focusing on next.

Given that we now have an open source strategy in place at SAP, the focus is now much more on execution. Whenever you want to execute a strategy, you may however run into a number of challenges – be they of a technical, organizational or procedural nature. Specifically with regard to the much stronger use of open source and contribution to open souce projects, we have found four major types of challenges. These are reuse and versioning, alignment of release schedules, product security and long-term support as shown in the slide below. I used this slide also in my keynote last week at ApacheCon Europe 2012 to illustrate key challenges for managing open source from an enterprise perspective. 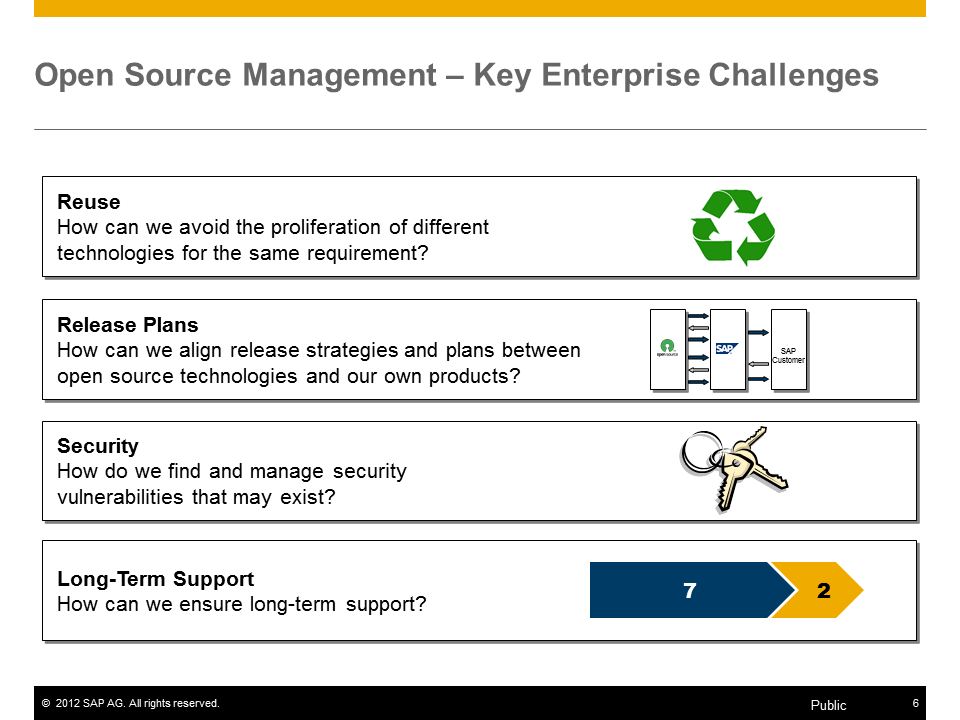 So I hope that this blog post series about the SAP Open Source Summit 2012 has been useful for you. From my perspective is was good to see a strong focus on operational excellence, knowledge sharing and applying open source development principles SAP-internally. Let me conclude with Mike Milinkovich’s words: “Open source software is really really mainstream.” And the journey will continue.

Here is the overview of the blog post series again: