On Remembrance day I was taken by the number of people posting on Facebook to celebrate and pay respects on this solemn day.  It goes to show how a brand which is nearly 100 years old still manages to keep itself relevant. 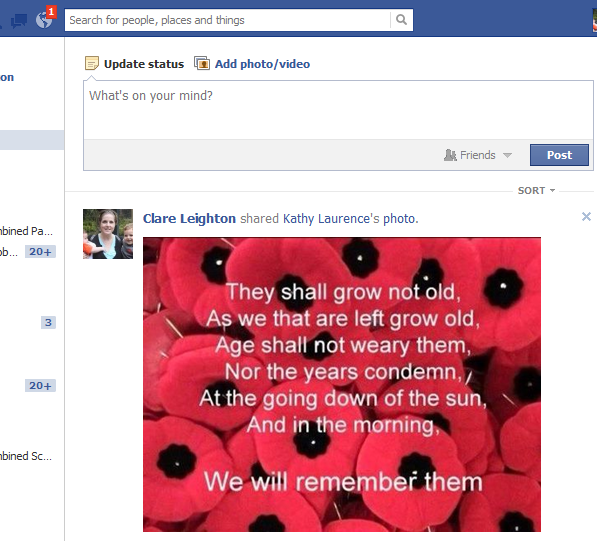 This year marked the first year when there were no survivors from the first world war and yet the organisation is innovating to make sure that it remains as relevant as ever.  In an article in BBC, the Royal British Legion for the first time asked people to log on to www.britishlegion.org.uk and click on the link to the Remembrance Sunday Two Minute Silence Thunderclap page.  Supporters could show their support by authorising their Twitter and Facebook accounts to send the tweet or message that reads: ‘I’ll be remembering the fallen at 11 o’clock #2MinuteSilence #LestWeForget at 9am on Sunday November 11.

According to the Royal British Legion Over 19,800 people signed up to distribute the identical message and, as a result of this social media flash mob, the message was seen by 10,227,462 million people across Twitter and Facebook.  Even outside of this organised event, a brief trawl through my own Facebook timeline shows 7 different posts each with their own message about remembrance day. 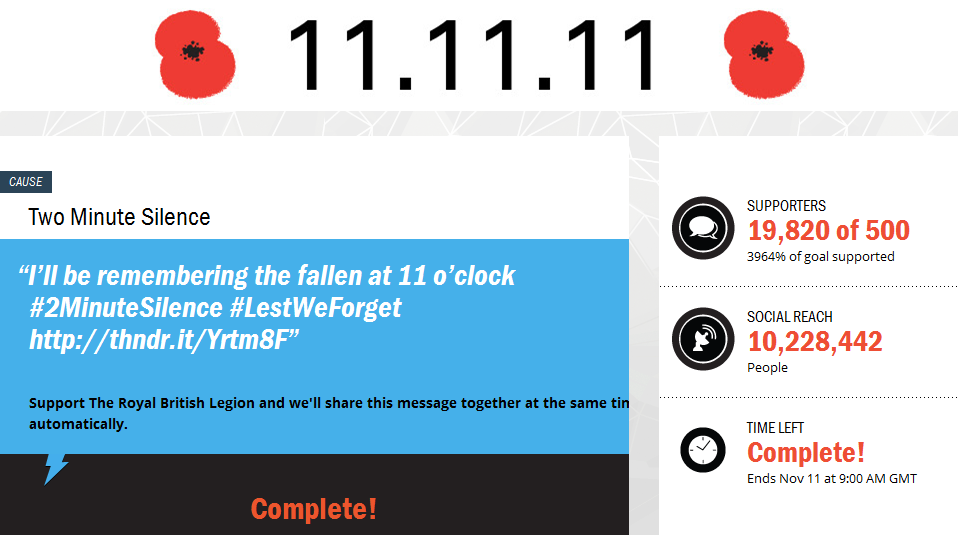 Founded in 1921 as a voice for the ex-service community, through it’s head office in London, The Royal British Legion ensures some 380,000 members across the country have a voice that does not go unheard. Each year the British nation expresses its support for the Charity’s work through the Poppy Appeal, which raises tens of millions of pounds to help support nearly 10.5million eligible people.

The next key campaign which will enjoy such social support from Thunderclap is the Police and Crime Commissioner elections, a cause which has far less public attention or affection.  The results will be interesting to compare, whilst the Remembrance Day massively exceeded its objectives, the PCC elections seems to be a much tougher ask.

Adrien Berot from SAP France recently wrote a blog in which he compared the Social Media performance of Bayern Munich and Chelsea, whilst the situation is different, charity v sport v political campaigns, what is clear is that Social Media is here to stay and companies and organisations who can be innovative and use it to their advantage without forcing it down people’s throats are likely to be those who survive and gain a place in our affections.

And whilst you are making all that noise with SAP Social Media Analytics by Netbase  it’s now possible to scan social networks, manage reputations and monitor the results of the campaigns.