Pre-Sales Life, episode 210 – How to get a rat to stop and smell the roses.

SAP is a mobile company.  I am a mobility guy (or guru depending on which groupie you talk to).  I was in NYC last week for a three day meeting, what could go wrong?

I made a reservation at the last minute and booked my train with few minutes to spare.  Packed my bag and got in the car.  I used my new iPhone 5 to view schedules, dashed into the station with 10 minutes to spare.  Once settled into the quiet car I focused on work for  ~1.5 hours.  I attempted for the 18th time to plug my headset into my iPhone incorrectly, but upon discovering the “clever” bottom mounted opening I listened to some music by Metric, Elbow, Ask the Dust, The National and The Foo Fighters (Youtube links for after reading or as background music).

Why do I tell you all this instead of how I used mobility to sell some software?  Because I had a 7:00 dinner meeting but only 9% charge left on my phone.  My iPhone 5 charger was in Philly.  I found an Apple store in Grand Central Station and started walking.  I have only been to Penn station in my trips to NYC, so I was annoyed but excited to be entering a landmark.

When they say NYC is a rat race the starting line is Grand Central Station.  I had to bob and weave like a running back in the NFL just to get down the concourse.  I navigated by people mapping routes 20 feet in advance.  I was almost hit 3 times by people looking at their smartphones, but I made it to the top of the stairs on the far side of the room. 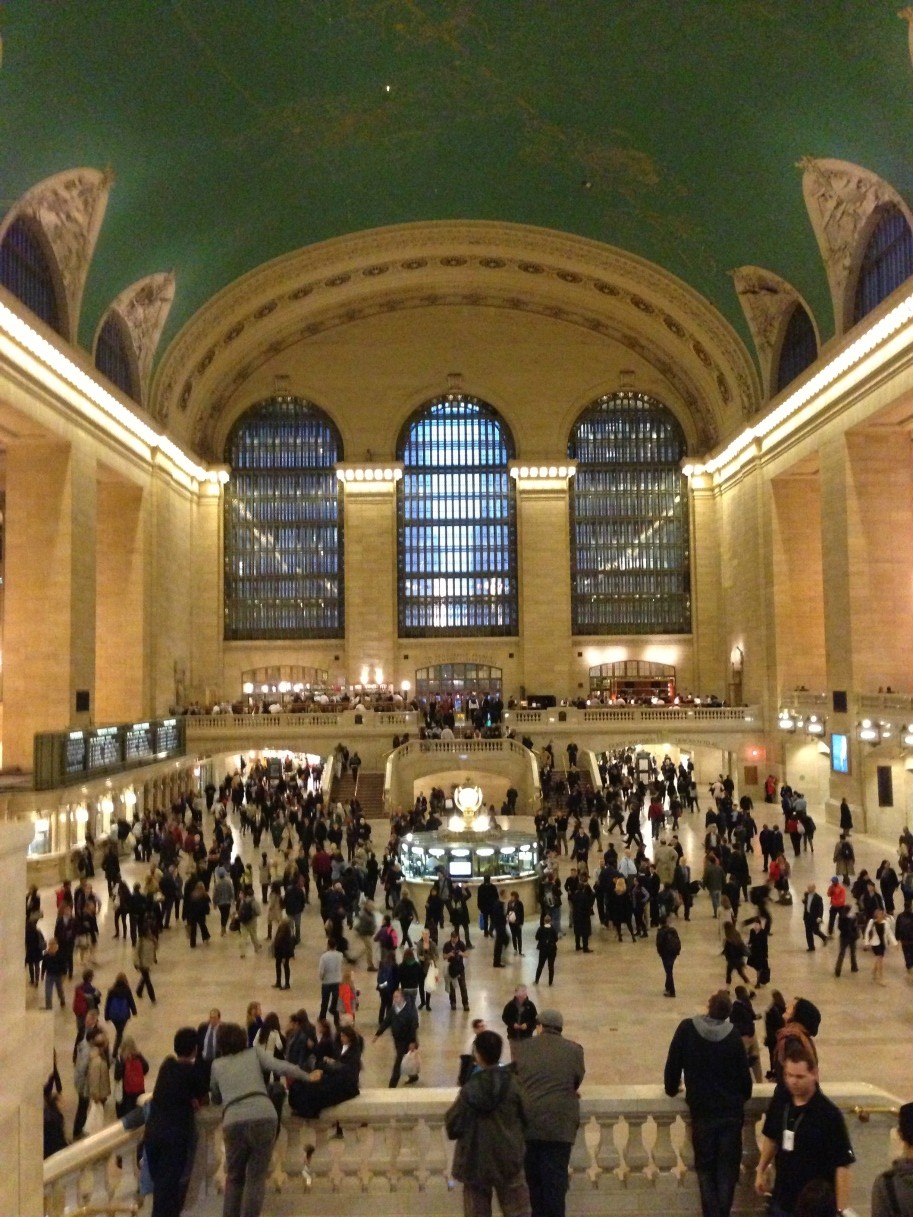 The Apple store was interesting.  It was the equivalent of a flea market for the ultra geeky.  I lucked upon the correct service counter for iPhones, politely asked for a Lightning USB cable and smiled.

I was frustrated, but Apple representatives were very nice to let me plug in at a demo table.  I used my time to browse locations of the other Apple stores, read what others were searching on the demo phones, and look at random pictures taken by others at the table.  Then I did something almost no one else was doing.  I stood there and just looked around.  I put down the demo phone and looked at the ceiling, at people, and the architecture and waited.  The rats were running in full force and I was literally strapped to one spot.  I wouldn’t remove my hand for fear someone would try to take a test drive on my phone.  I ensured it was locked with a passcode immediately and of course I could log on from any other phone in the room to send an erase command using SAP’s Afaria Self-Service Portal, but I was hoping to avoid that.

Twenty minutes later I thanked the Apple rep and left.  Walking out was against the current and took me a few side to side moves around other rats, and then I was out, out in the rain.  I had no umbrella, but it was only a few blocks.  I ducked into a few awnings and was one block away when I saw a Sprint store.  I stepped in expecting to be let down, but you know what, they had a cable.  I bought it and was very energized and ready to enjoy my next three days.

But you know what I really enjoyed?  I enjoyed the fact that I got to stand in Grand Central Station, in NYC, one of the best places in one of the best cities on Earth and just “be” for twenty minutes.

Say what you will about the new charger for the iPhone 5, but one of the best features is that it can get the user to see things they may have missed while running around in the rat race.

A mobile tip for those enterprises launching new mobile hardware:  discuss with your procurement team and IT team what is best, to offer a larger device storage capability and no reimbursement for accessories, or smaller device storage and include extra cables, a protective cover, etc.?  And another word of advice, best to offer across as large a swath of the enterprise as possible.  The more you have a class system of who gets what based on role, the more exceptions your IT and procurement team will receive by way of “escalations” 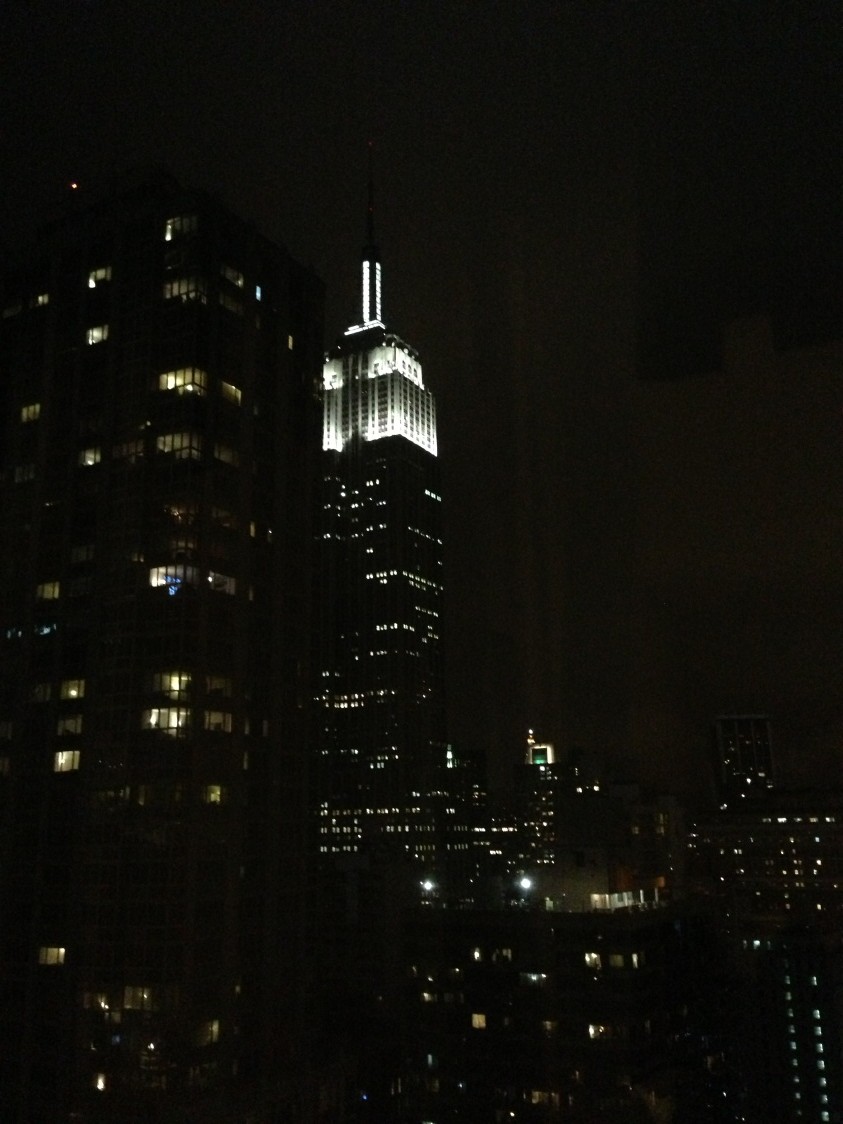 Have you experienced anything unintended when having a technical difficulty with your smartphone?  Please comment and let me know some of your battle stories.

I have sent this to one of my Pre Sales guys, he will appreciate it!

And if he or anyone else wants to have a chat real time I am open to that as well.  Thanks, Josh