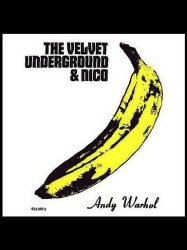 Only the Velvet Underground could provide such bare contrasts between their world of lacerating noise and squalid cityscapes, and many of their peer musicians’ world of rainbows and escapist indulgences. Yet even as the Velvet Underground’s career as a group was drawing to a close, they coolly concluded that “it was alright”. And that is our conclusion as well regarding the increasingly wearying on-premise/cloud debate, one also marked by conspicuous contrasts between worlds. There is a story to tell about it all, but we are already way ahead of ourselves.

Let’s begin with a much more prosaic contrast between business analysis and analytics, a difference made clear by the ongoing debate about whether an organization should transfer computing operations to the cloud or remain on-premise.

Business analysis tends to model such choices in terms of value, focusing on concrete, often retrospective measures of cost objects and processes. Business analytics takes a more holistic look, considering organization competencies that would be enhanced, while understanding that both computing options belong to a socio-technical system whose tradeoffs cannot all be reduced to last century’s efficiency metrics.

With regard to IT expenditures, the business analysis view is highly market-oriented, giving a lot of attention to product features and functions. Thereby it reflects the confusion in the market quite accurately, as a pair of advertisements in a recent Economist print version (October 13, 2012) illustrates marvelously.

In previous months, Oracle regularly advertised on the outside back cover, featuring Exadata, its on-premise solution, and performance comparisons with IBM data warehouse products. Oracle’s advertisements typically contained minimal graphics, text, and color, following a simple tabular layout. In contrast, SAP took out infrequent ads, which were displayed opposite columns, using stylized photographs set in a broad palette, yet not promoting any particular product, but rather its Run Better theme.

In the October 13 issue, Oracle kept to the familiar template and graphics, but replaced Exadata headline text with cloud computing descriptions, and added a cloud illustration. In this same issue, SAP pixelated its usual atmospheric photograph into a rough zigzag pattern, describing its on-premise offering, HANA.

To an analytics person the pronouncements in these advertisements might seem puzzling. Oracle has been a relative latecomer to the cloud market, led by a CEO who previously dismissed cloud computing outright, then suddenly and headstrongly embraced it later. Equally perplexing is SAP’s unequivocal reinforcement of its investment in on-premise solutions, while neglecting any mention of solutions facilitated by multi-billion dollar acquisitions of best-in-breed cloud providers. Both messages will likely be opaque to readers who might be perusing these pages on a Saturday afternoon, yet have only casual exposure to enterprise computing market stridency.

A better way to understand key differences between cloud and on-premise is to step away from myopic business analysis techniques. Applying an analytics approach instead, we seek to understand how each option follows the structure of the organizations that actually use them. Thus, most organizations can be divided into core and periphery, where the core contains the unique knowledge, competencies, processes, and staff, and the periphery the complementary resources which the organization needs to perform, but for whatever reason lacks.

Cloud: Throw out the hardware

Cloud computing requires a small core but a large periphery. More specifically, cloud computing requires an organization to own minimal IT resources, and provides numerous options for distributing IT operations across vendors and locations. An organization need only have a small core of administrators but can make use of a large periphery of service providers, contractors, vendors, and consultants.

A cloud arrangement can be thought of similarly to the jazz-rock group, Steely Dan. Known for very high production values, precise sound, and elaborate, urbane, and sometimes impenetrable lyrics, the group has consisted for nearly three decades of only two core members, with dozens of session’s players at the periphery. Seldom did the core retain the same session’s personnel from one album to the next. Steely Dan remained a durable group that successfully preserved its recognizable sound and refined musical atmosphere, although it did experience a mid-career breakup as the periphery grew excessively large and alienated from the core.

A cloud arrangement signals to outsiders that the organization lacks sufficient economy of scale to make on-premise computing worthwhile, and the market can supply needed services more cost-efficiently. Cloud can favor smaller or less mature business functions, such as HR in new media or recently formed tech companies, or business functions in high growth companies or high volatility industries where scale is critical. However, management of several vendors may be necessary, and security costs must be considered along with direct costs.

In contrast to the cloud, on premise computing employs a large core and a small periphery, which often reflects the structure of well established, stable organizations. On-premise requires significant investment and maintenance of IT resources, and a staff who collectively oversees a set of unique competencies. On-premise will still require a periphery of consultants, particularly for implementation, customization, and upgrades. Yet the core will likely have developed numerous applications in-house, addressing unique business processes and value drivers.

The on-premise solution can be characterized by the folk-rock group Creedence Clearwater Revival. Also famous for high production values and crispness of sound, its songs are earthy and approachable, covering Southern Gothic and working-class themes. The group defined clear roles for its core personnel, which consisted of four musicians (two of whom were brothers). Their tightness of sound came about by playing as a unit uninterruptedly since teenhood, refined by some very lean periods. The group had almost no periphery, seldom working with session’s players or collaborators. Though durable in its early years, Creedence Clearwater Revival’s core produced a taut working arrangement that later became vulnerable to personnel changes in the core. The departure of a guitarist precipitated a quick decline and dissolution of the band, which by then had sealed off its core so tightly that no one from the periphery could replace a core member.

Hybrid: Go your own way

Hybrid computing accommodates a changing core and periphery, which characterizes business functions in many organizations. Rapid development of new markets, technological changes, global competition, and economic uncertainly, all require organizations to adapt quickly. Computing needs may need to scale in either direction, and competencies must be as readily available as services. Organizations and their computing resources must both be highly agile.

Most popular music groups could been seen as similar to hybrid computing. With ever-changing personnel, rapid career evolution, and reversals of fortune, the core and periphery frequently shift. Some groups, such as Fleetwood Mac go through several reinventions during their careers before achieving great success. Others follow a life cycle of first playing in clubs and ballrooms, later in sports arenas, and finally at fairs and casinos. A flexible core and periphery permits durability, even if a group ceases to perform or record for several years. Peripheral studio musicians may join the core, or core members may depart and their roles become absorbed by the periphery. As with Steely Dan and Creedence Clearwater Revival, where disproportions between core and periphery occurred, a flexible core and periphery also carries risks. There is never a guarantee that any rearrangement of core and periphery will align resources optimally for success, adapt an organization to market changes, or not cause unintended disruptions.

Hybrid can favor business functions that are likely to expand, reorganize, or be affected by a change management initiative. Organizations that lack a cloud strategy may find hybrid a feasible alternative. While cloud and on-premise decisions might occur in concert with business cycles or as part of major planned capital investment initiatives, hybrid decisions can occur off-phase.

You set the scene

No arrangement of core and periphery need determine the destiny of an organization. Nor does the IT arrangement that works in parallel restrict the range of what on organization can perform. Each of the groups discussed earlier, though having clear organizational structures, contained rather remarkable contrasts.

Most of Steely Dan’s work contains bitterly cynical and prickly lyrics. Yet they are also capable of extraordinary warmth and devotion, in sitting with a disconsolate friend in “Any Major Dude Will Tell You”. Everyone should be so fortunate to have that kind of friend in time of need.

Creedence Clearwater Revival portrayed a world of legend and nostalgia in much of their work. But perhaps better than any clamorous protester, they gave voice to the pressing injustices of society in “Fortunate Son”, and the dread of the times in “Bad Moon Rising”, using the very words of the people who were directly experiencing them.

And from a heritage of rather undistinguished experiments, Fleetwood Mac produced Rumors, one of the precious few rock albums that maintains enduring appeal far beyond the genre, appearing universally in music collections regardless of the prevailing taste.

Your organization probably contains all kinds of contrasts too. Knowing your core and periphery can help sort out how to deploy the computing solutions you need to perform, however contrasted your performance might be.