The Walmart Effect: 4 Best Practices for Dealing with that First Huge Order 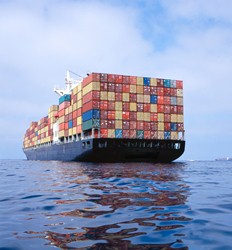 When a small business gets its first big order it can seem like manna from heaven. But wipe those dollar signs out of your eyes because it’s really more like a shock to the system.

That’s not necessarily a bad thing—we’re at our most alert and energized during such moments—but for small businesses, getting a big order from a giant company like Walmart can be a classic be-careful-what-you-wish-for moment.

“When you get that big order, it’s often a mandate for change, because even if by nature the management team is conservative and risk adverse, it knows it has to make changes to satisfy that customer,” Mark Lehew, SAP’s national VP of strategic growth enterprises, told me and journalist Rob O’Regan recently.

In interviews with companies that have experienced the Walmart Effect, Rob is indeed finding that change—rather than champagne—is the order of the day. Orabrush, maker of an innovative tongue-cleaning device was not prepared when Walmart suddenly called in 2011 with an order for 735,000 of the candy-colored devices to be distributed in 3,500 stores.

“That was one of the big wake-up calls for me,” says Jeff Davis, an early Orabrush investor who became CEO in August 2010. “I was worried that we didn’t have sufficient capability.”

How do you deal with such a situation? Here are four best practices that have emerged from our research so far for dealing with that first big order:

What do you think? How did your company deal with its first big order?

Chris, nice post, great tips. Would love to hear how other small/medium companies have fared with their first big order from Wal-mart.