Please meet Jan Stallkamp our latest moderator spotlight! Currently an ‘SAP on Sybase ASE’ moderator which is a very new community since development on Sybase ASE as an SAP database began only two years ago. Jan formerly moderated the ABAP general forum and so has many years’ experience moderating in SCN. Read to learn more about him, as well as receive great tips for both beginners and moderators!

Please share with the Community a little about yourself:  I joined SAP in 2005 as part of the ‘SAP on IBM i’ platform team which is part of the DB/OS organization. After five years I got the opportunity to be part of a new team enabling Sybase ASE for SAP. My personal focus is on ABAP development and the data dictionary.

My office is in St. Leon-Rot (close to the Walldorf headquarters) and I live in Heidelberg. I really like the city and one nice aspect is that both my wife who is working in Mannheim and I can take the train to work and don’t need to have a car. (Gali: Go green!)

Before starting at SAP I was studying computer science and physics in Bielefeld (northern Germany) and Stockholm, Sweden (if you’ve never been to Stockholm: go there – great city!) My focus was on computational physics (computer simulations, high performance computing…) and databases. After getting my diploma I worked two years at the university in Ulm doing algorithm development in theoretical bioinformatics and teaching algorithms and theoretical computer science. 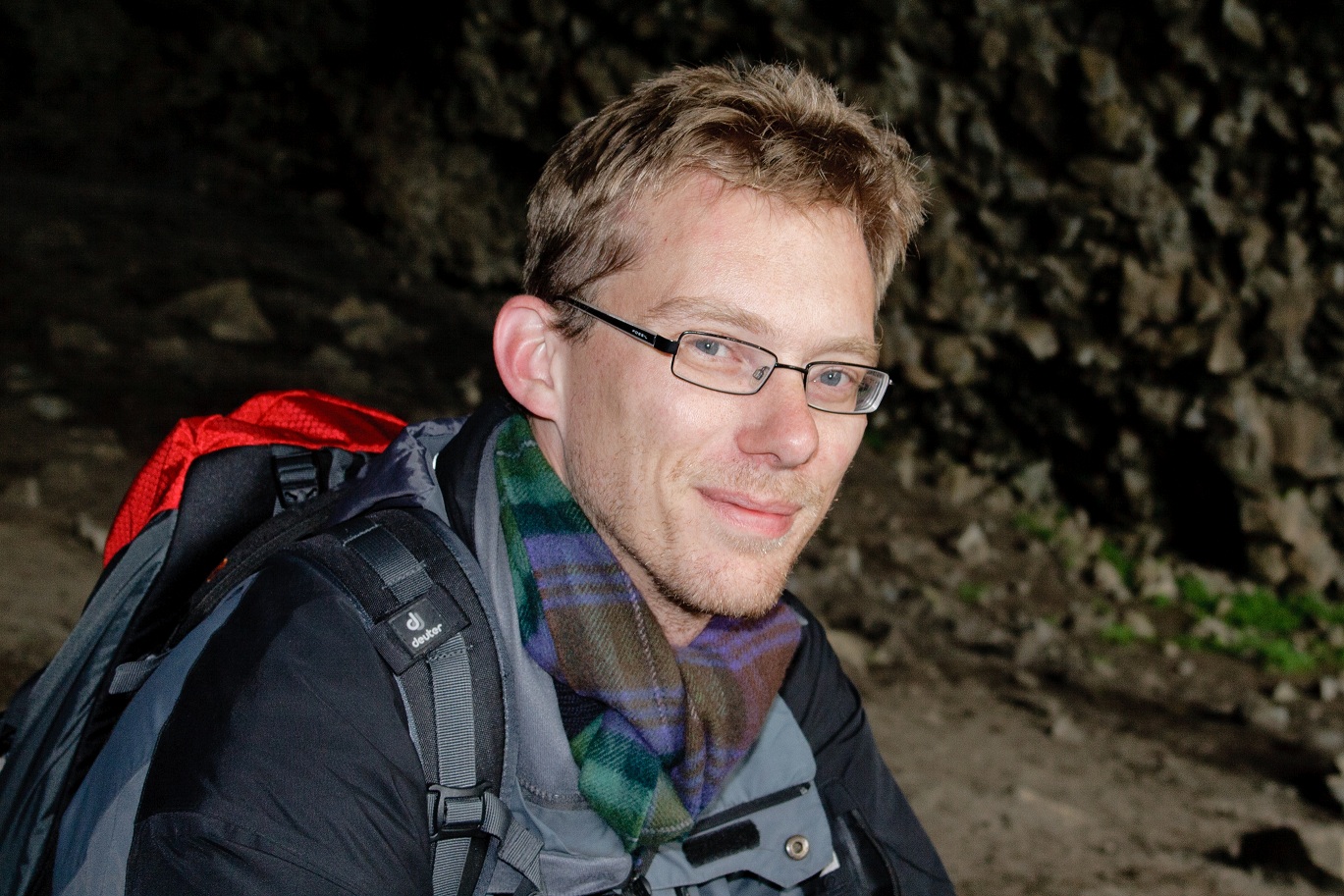 If I’m not at work or surfing SCN I like to travel and to photograph. Last year we went to Iceland and I can only recommend traveling there (Gali: See Jan’s image taken in Iceland which BTW he recommends at least 14 days for!). Unfortunately the list of travel destinations I want to check out grows way faster than I can travel.  (Gali: I can completely relate!)

When did you join the SCN community? When it was still called SDN 🙂 I think in 2005. But my real start was in March 2006 when we decided to start community pages and forums for all database and operating system teams. I took over the task to migrate our very active mailing list into the SDN. Worked quite well, we had 1000 postings in a little bit more than half a year.

What motives you? Hard question. There are things that you do that just feel good. What makes me participating in SCN? I like teaching, I like dealing with challenging issues and I like helping people. If a question in our community gets solved and I know that the system is running fine now at a customer this is feeling good. And it’s great to get direct feedback from users.

What are the differences between moderating a small vs. large community? In my old ‘SAP on IBM i’ community and in the new ‘SAP on Sybase ASE’ community it’s possible to know most of the active people. There isn’t much need for hard moderator activity. Once in a while there is some spam or people asking for copyrighted material but not very often. So it’s more about asking newbies to separate multiple questions into multiple threads, asking people to use meaningful subjects etc. But currently I’m spending most of my SCN-time answering questions as a member of the community and not acting as a moderator.

In contrast are forums like the general ABAP forum whose sheer number of postings makes the space more anonymous. Some years ago there were a lot of complaints in the ‘coffee corner’ (btw: the most important space on SCN!) about the quality of the ABAP forum. And it really was terrible. I started by spending an hour every evening deleting postings and with some community members and moderators, we started a ‘strict moderation project’. My impression, forum quality increased. I think in a high frequency community, moderators need to enforce rules more strictly than in low frequency communities. If someone asks for points in one of the database spaces I can just ask him to stop and explain why. If 100 users do this a day private messages don’t work anymore.

If you could offer one bit of advice to new members or new moderators what would it be and why? If you are a new member: Invest some time in writing your question. You want others to invest their time to read it, so make it as easy as possible to understand your question. Search before posting a question and if you don’t understand existing answers explain what is unclear. The better a question is written, the higher is the chance to get a solution. Don’t ask for points. And never ever ask how to fake a CV.

If you are a new moderator: Get in touch with other moderators of your space. Try to be consistent in your actions. And if people are attacking you on a personal level: don’t start lengthy arguments to defend yourself, just ask another moderator to jump in. Also keep in mind that in written language often looks way more harsh than it was intended. Add cultural differences (a statement I as someone from northern Germany consider neutral might look rude to someone from the US or China) and the fact that the majority of all users aren’t communicating in their native language. So always assume the best user intentions.

*Note from Gali: These are great tips and so true! Marilyn Pratt will certainly be happy to hear the topics of cultural diversity and empathy so clearly stated in regards to community moderation (as I was).

How has the SCN community helped you? When I need to use some ABAP feature I rarely use, SCN is the place to check for examples. Is there a function module for this available? How to use this feature? But more important for me is the contact to users of the software I write. As a software developer I want to write software that people use and that they feel is helping them getting their job done. Direct feedback from our users (mainly DBAs and basis guys) helps a lot in making our software better. And also I like the possibility to help people having issues with our DB platform. In our team we invest a lot in providing and improving documentation but SCN offers the possibility to directly explain how something is working.

*Note from Gali: Jan shared an example where SCN is helping in improving SAP products. He shared that recently a user described his first impressions on Sybase ASE in a blog. He noticed that his database size was not in the expected range. The development team does a lot of testing and it seemed strange to them. Using SCN Jan contacted the user to check on his system!  In the end there were three different improvements already in development (two of which have now already shipped) which can reduce the database size to the expected level.

How are you finding the new SCN?  I really like that blogs are now part of the community spaces. In the past it was quite hard to find the blogs relevant to a topic. I have the impression that search has been improved a lot. The possibility of tagging content is also something I learned to like. I’ve seen some really interesting blogs in the ‘related content’ which I wouldn’t have found otherwise. What I preferred in the old SCN was the grouping of communities. It was easier to get an overview of e.g. the DB/OS communities.

Have you ever attended TechEd?  I haven’t been yet but this year I’ll be in Madrid and in Bangalore as well. I’ll give a presentation on running SAP on Sybase ASE including a demo of the DBA Cockpit (that’s my main topic as a developer). So if you are going to Madrid and are interested in database technology: I expect to see you at TEC121. (Gali: for those attending don’t miss Jan!)

Also I’d love to get in touch with users of our software. I hope to get feedback for improvements, what is a top priority from user’s perspective and how people are using our software. I’m really looking forward for the Expert Networking Sessions.

Is there another moderator or community member that you’ve found incredibly helpful?  Julius Bussche has been doing an amazing job in hunting down point gamers. He has a kind of sixth sense for people with multiple identities. (Gali: Julius von dem Bussche is indeed a one of a kind, extremely community minded moderator!)

Since I like Jan am a fan of the Coffee Corner Space I had to ask him; what is your favorite coffee/tea? Tea! Don’t expect any useful answers asking me before I had my first cup of earl grey in the morning. And there is nothing better on dark, rainy November afternoon in the office than having a good cup of Assam. Ok there is something better: two cups…

Be sure to check out previous interviews in the moderator spotlight showcase.

Thank you for bringing Jan into the spotlight.  The moderators do so much for the community, I am very pleased to meet them.  Jan, I hope you will enjoy your TechEdMadrid and Bangalore experiences, and keep up the great work.

It's great to finally learn so much about Jan here. I remember very well that he was the first moderator in the ABAP forums to seriously tackle the lousy content, aiming to raise the overall quality. This was in 2008, and he - directly or indirectly - inspired many "successors" that keep this trend intact until today.

I was very lucky to meet Jan Stallkamp in person at Club house headshot booth.

thanks Gali for sharing.

I think that's why traveling to TechEd is such a great thing: Meet people you know from SCN but have never met in person. I'm just back from Bangalore and it was great to meet so many SCN members!

you must be remembering we both were sitting next to each other at the first row during DemoJam.