Kliptown is the oldest residential district in Soweto and was named after the Klipspruit (rocky stream) that runs nearby, and while this dusty impoverished township has a history of violence and struggle from the apartheid era; its community has set out to renew the settlement as a shining beacon of hope.

Thulani Madondo (30), born and raised in Kliptown, is the director and co-founder of the non-profit organisation Kliptown Youth Programme (KYP) and has made it his life’s mission to empower people through driving education and skills development. His inspirational work in the Kliptown community has seen him receiving global recognition in the top 10 nominations for CNN’s Hero of the Year Award. He is one of 45 000 nominees from more than 100 countries selected by the CNN board. For his outstanding work in making a difference to other people’s lives, he has been awarded $50 000 (about R412 000) to invest into KYP projects. The winner is set to be awarded $250 000 (about R2 million) and will be selected based on public votes on CNN’s Website with voting closing on 28 November.

CNN identified Thulani from a nomination made by a university professor in New York who recognised Thulani’s philanthropic work as extraordinary. Thulani was soon nominated in the top 24 Hero nominees before being selected in the final nominee category. “We have a dream to build a computer lab in our community. With the $50 000 donation from CNN and our partnerships, we will continue to improve what we already have and make the organisation run smarter,” Thulani comments.

SAP along with its long-standing partnership with adult education training organisation Siyafunda are working with Thulani to educate the youth so that we can change Kliptown together. This is aligned with Siyafunda’s mission to engage in partnerships with local and national institutions to liberate the educationally disadvantaged. This is also united with SAP’s mandate to drive skills development, education and entrepreneurship in the communities it operates in. Together with SAP, Siyafunda signed a memorandum of agreement in July this year with KYP to support the organisation in Train the Trainer programmes, ICT training and development and ensuring that KYP has the necessary resources to continue its vision of empowering others.

Thulani lives by the philosophy of “Kliptown helping Kliptown” where everyone supports one another with the aim to create an economic future for the people living in the community. Thulani’s dream is to uplift the Kliptown community by fostering initiatives that focus on skills development and education. Thulani grew up in a family of nine and faced with severe financial challenges, his older siblings were forced to drop out of school in order to get jobs to support the family. However, that didn’t stop Thulani from pursuing his dreams. He continued to stay in school and washed cars to pay for his studies and soon became the first member of his family to graduate.

According to Thulani, KYP was formed by several Kliptown community members that grew tired of waiting for government to step in and five years ago, decided to start an organisation that could provide training and improve employability and job creation. The KYP presently supports more than 400 children aged between eight and 18 years old. During the week, KYP provides tutoring programmes on consecutive days for primary as well as high school students and the weekends are dedicated to sports and cultural activities such as soccer, drumming and dancing. The centre also has a crèche that caters for young children that’s open during the week. As part of the programme, each child is given a sandwich during lunches and a hot meal after school.  Teachers also provide additional tutoring classes to help the children with their homework.  In addition, the non-profit organisation One Laptop per Child has donated 300 laptops for the centre.

Thulani says KYP also provides ICT training to young adults and entrepreneurs, facilitating basic social entrepreneurship business skills and assisting them to find jobs after their training. According to Thulani, 21 students from KYP have been accepted into university. A Skills Development Centre on the property offers pattern-making and sewing courses and food gardens can be seen scattered across the property.

Ahmed Ismael (Smiley), CEO of the Siyafunda Community Technology Centre, said that the partnership as well as the Top Hero nomination, means that KYP can improve and drive sustainability of the skills development programmes it runs. SAP’s Business One software running on Siyafunda is helping it support KYP better. He adds: “The idea is that we are driving a Train the Trainers programme and this will be established as an SAP Skills Centre.”

People can view the KYP video and vote for Thulani as a Top Hero on CNN’s Web site by clicking here. 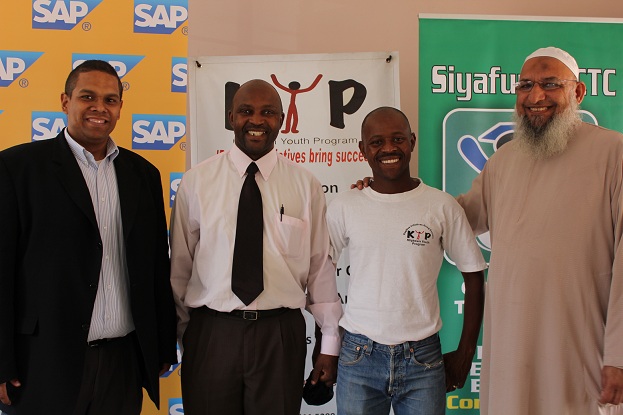 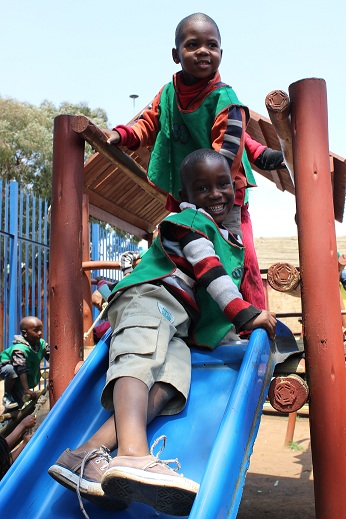 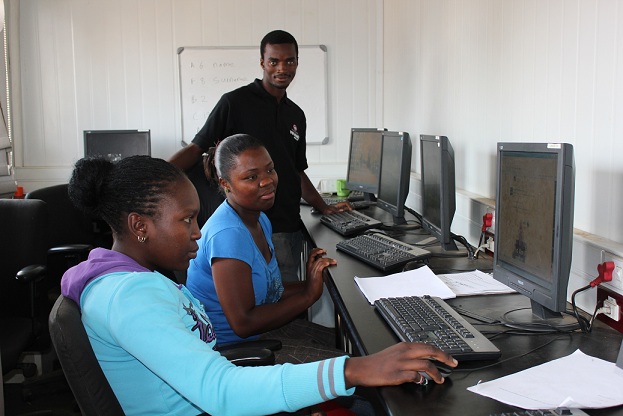