The Stray Dogs of Southern Africa

I am struck by how similar village dogs in southern Africa look to their cousins in Asia. Here is a picture of two dogs taken in Swaziland last week.  These dogs would have looked at home in a village in rural India, Bangladesh or Thailand – in fact, anywhere across Asia. Same color, same demeanor – probably similar intelligence. 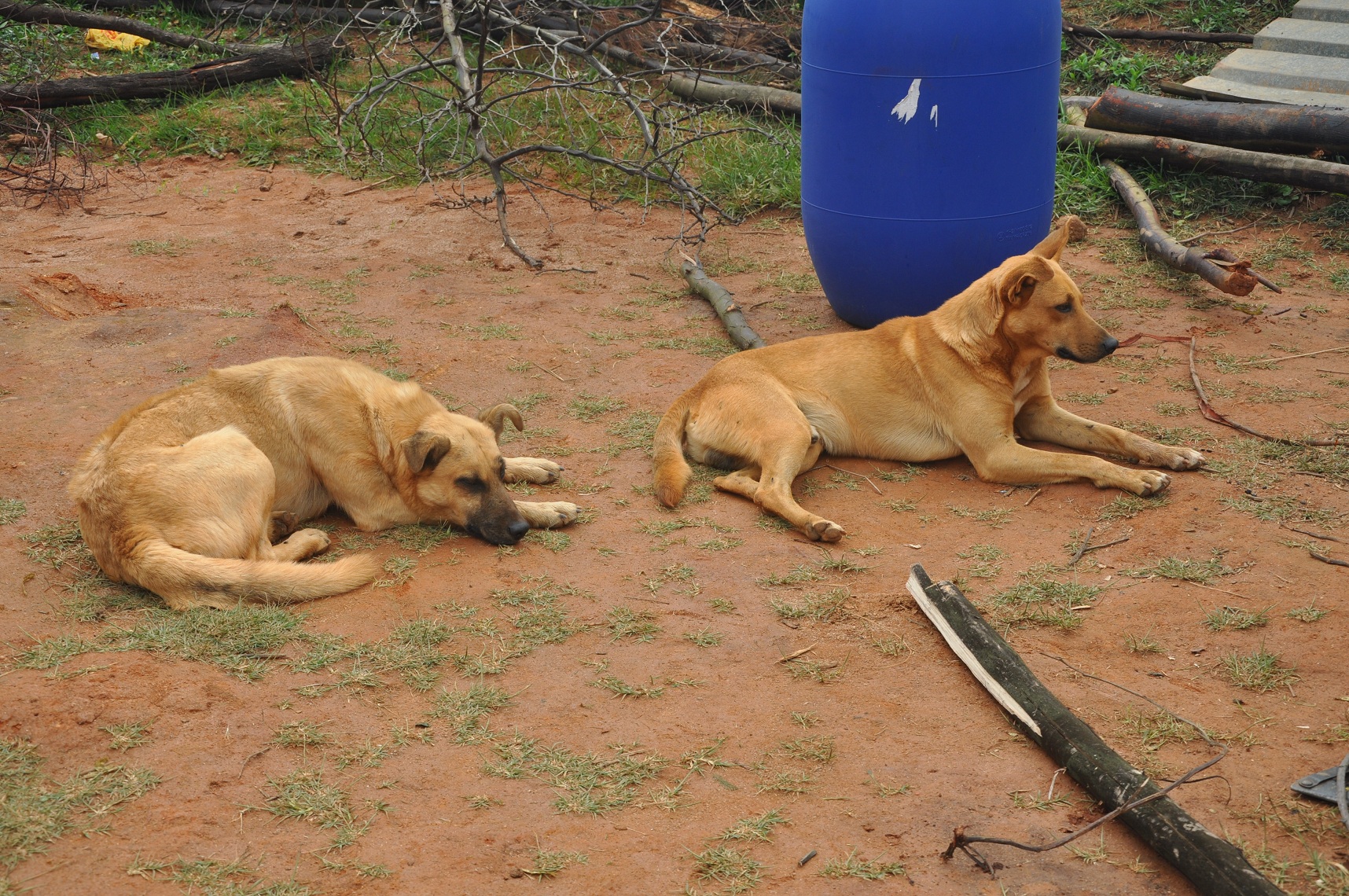 Two village strays in Swaziland, waiting patiently as lunch is being cooked nearby.

The conventional wisdom about the origin of dogs is that they were domesticated from wolves in east Asia.  A few years ago, a project by Dr Carlos Bustamante of Cornell University called this hypothesis into question.  Dr Bustamante and colleagues did a genetic survey of village dogs in Africa and found that they exhibited similar genetic diversity as the dogs of Asia. Now, this is a bit of a problem. According to Darwin’s theory of evolution, the most genetic diversity should be at the source of the origin of the species. So did dogs evolve simultaneously in Asia and Africa? (There are no wolves left in Africa save the Ethiopian wolf.)  Or could it be that they evolved somewhere in between  — such as the Middle East — and made their way to both continents? A story of canine globalization, if you will.

You can read about the puzzle of the origin of dogs here http://www.scientificamerican.com/article.cfm?id=the-origin-of-dogs

And you can read about the village dog project: http://villagedogs.canmap.org/Default.aspx