We got a short tour of the museum from the CEO, David Kramer.  The museum is housed in Newtown in a cavernous industrial building – a former thermal power station (somewhat reminiscent of the Tate Modern in London).  It is the largest science museum in Africa. Almost all the exhibits encourage touching or doing something with them. With the challenge of many official languages, Kramer says, it is better to have exhibits the visitor can interact with. Many of the exhibits feature soccer, which is very popular with kids here, in an effort to draw them in. 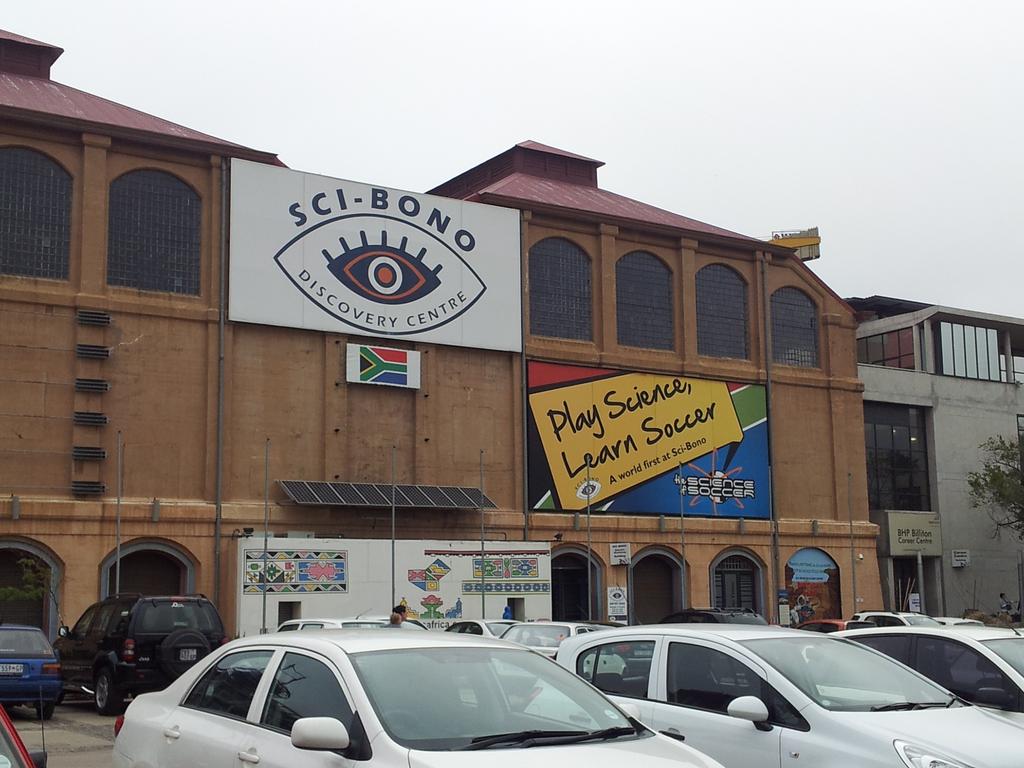 The outside of the Sci-Bono Discovery Centre in Johannesburg, South Africa        Photo: Alexander Prus, SAP AG

David Kramer has a remarkable story. He is an economist by training but has worked in science and technology education for the past three decades. He got into science education when he returned to South Africa in 1984 after a short stint in the United States. Those were still the days of apartheid. He started teaching in a school in Soweto, the township southwest of Johannesburg, and realized that there were plenty of bright black kids, but few made it to university in science and mathematics. “At that time, were only two black engineers in all of South Africa,” he says.

Kramer started out to change that. He said he realized that apartheid would end one day, a new order would come about, and the new South African nation would need qualified black scientists and engineers. He started with a 100 kids. 67 of them went onto to be engineers. Over the next 20 years, Kramer’s non-profit, Protec (Programme for Technological Careers), was instrumental in sending thousands of black kids to take up careers in science and technology.

He was approached by the Gauteng provincial government in 2004 to lead Sci-Bono, and has been bringing that same passion and vision to science education in South Africa. As we toured the facility, we saw hundreds of kids (busloads of schoolchildren) enjoying the museum.  Kramer is a realist, though. There still remains a lot to be done in science and math basic education in South Africa. Teaching at schools is sub-par. (According to a World Economic Forum Global Competitiveness Report quoted in last week’s issue of the Economist, South Africa ranks 143 out of 144 countries in science and mathematics proficiency at the school level.) Kramer said he didn’t really expect the kids to learn too much from a visit – if all the visit did was to make them realize there is nothing to be afraid of science, that would be a positive thing.