What Will It Take for HR to Gain the Respect It Wants?

There’s a cross for you to bear

Things to go through if you’re going anywhere 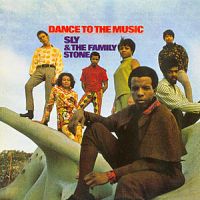 We recently reported that in the past few years HR has stepped up to the challenges of the global recession. Multinational payrolls are routinely run paperless, and increasingly error free. Partnerships with IT have resulted in enterprise wide efficiency gains and quicker returns on technology investments. And high quality, reusable training programs are available on mobile devices for rapid deployment to the field.

As its core activities become sharpened, HR is partnering with other business functions to share resources, along the way gaining valuable skills in analytics and big data. And it has become an influential advocate for the demands of the new workforce, in areas such as sustainability, ethical sourcing, and work-life balance.

But it is still a long way from becoming a peer in the C-suite. What more will it take?

HR has long asserted that people are the organization’s most valuable investments. Yet capital assets, managed using financial statements, remain undisputedly the most valuable investments in the organization.  Managers of those assets occupy the top levels of the hierarchy, and wield great power. While HR may still be many years from achieving the ability to measure people investments with the same rigor and precision as finance, it can get the respect it wants by assuming some of the burdens that belong to financial managers. This is going to require HR to step up again, into much bigger shoes.

Stand before your investors and be accountable

In our era of capitalism, investors (or shareholders) control most companies. While there is much debate whether it is for better or worse, their interests nevertheless come first, and managers must satisfy investor’s standards of measurement and reporting. Historically, investors have not been particularly sympathetic to HR expenditures, regarding them as likely sources of waste. Some reasons include the inability to extract clear financial returns, or an aversion to put employees above investors.

Yet the last two decades of research shows clearly that human capital investments are strongly associated with positive returns and increased shareholder value. Why do investors not accept this? While investors recognize the importance of good management of human capital, the lack of transparency inhibits comparison to other capital assets.

HR can address this shortcoming by providing investors information that is not idiosyncratic, but rather helps them evaluate competing opportunities, along with manager competence in realizing value from people investments. Because human capital is an inherently risky investment, workforce risk should also be included. Toward these ends, HR ought to support efforts to create a standard for HR reporting.

Stand before the law with your executives and be accountable

Managers of financial assets are facing renewed pressure to behave judiciously regarding the resources they control, and report their activities accurately, facing fines, imprisonment, and civil liability for even minor violations or misstatements. Yet if your investments in people are really that valuable, you need to be willing to adhere to similar standards of conduct and disclosure, and withstand scrutiny.

Think that would be easy?

Consider, for example, whether you would really bet questionable employee selection practices and criteria (such as organizational fit, consensus hiring, GPA cutoff scores, or brain teasers) against a possible multimillion dollar judgment if it could be revealed that their use systematically discriminated against entire groups.

Consider further that the same analytics used to select and develop talent could also place a smoking gun right in the hands of HR. And yet, revealing that HR knew its practices discriminated illegally could be just the beginning. Suppose, as in the case of Enron, someone left additional discoverable documentation that attorneys could easily portray as wanton callousness, and the paper trail lead right up to the C-suite offices. How much sympathy do you think a jury would have if your best defense is “there’s a war for talent out there!”?

Now imagine if it were you instead of Enron: what would it be worth to you to lie or conceal what you are really doing? Are there greater consequences for telling the truth? In either case, would you have to make several changes, really fast?

By submitting to the highest levels of scrutiny, HR would expose the entire organization and its executives to potentially increased liability for their stewardship of valuable human capital assets. It is likely such scrutiny would include auditing by persons who know very little about human capital management, yet would grow more suspicious the more HR had to explain itself.

If you can handle that kind of heat, that is, if you can provide clear documentation, and sign your name to it, and bet your freedom, finances, and reputation on it, then you deserve the same respect as financial managers.

Stand before your nation and be accountable

Some of the proposed the legislation around carbon pricing proceeds from the idea that companies do not pay the full cost of consuming valuable natural resources that also pollute the environment, and instead pass substantial costs to taxpayers. Similarly, if HR asserts that human capital is the most valuable resource, then it needs to ask: could it assume the full cost of consuming and polluting the nation’s human capital?

Human capital is an economic good that is both public and private. It is developed in joint partnership with the government (which supports an immense national educational enterprise from pre-school to adult learning), individuals (who invest in marketable skills), and companies (who invest in firm-specific skills for their employees in order to generate economic rents).

HR needs to develop its organization’s human capital in such a way to avoid becoming the same kind of polluter company that destroys other kinds of national resources. Likewise, since the cost of consuming human capital is regularly transferred to taxpayers and individuals, perverse HR practices devalue both public and private goods, and deprive the national economy of consumers, market participants, and a steadfast citizenry.

As HR becomes more able to value human capital investments and include them in financial statements, human capital consumption behavior will become much more transparent. It will then become obvious whether a business is a polluter.

To avoid destroying the nation’s most valuable resource, HR should adopt a professional code that if it cannot develop the private good, it ought not despoil the public good. Nor should it deny a future employer the possibility of developing the private good from which both it and the employee can extract value.

Stand…all the things you want are real

HR has for almost 50 years attempted to put a dollar value on human capital, yet has been admonished repeatedly that it cannot just declare human capital investments valuable, and write them into existence on financial statements.  Even if HR could begin doing so immediately, demonstrating the value of human capital in financial terms will not give it the respect it so earnestly seeks. Rather, HR needs to demonstrate that it can handle managing the most valuable resources in organizations and nations, and the enormous responsibility that goes along with both.