I sent a tweet the other day that I had finally come around to the new SCN and mentioned it was better than the old SCN. Mark Yolton then suggested that I write a blog describing my journey. When I wrote the tweet, it immediately reminded me when Coca Cola brought out New Coke. The New Coke saga ended in New Coke being scrapped followed by the reintroduction of the Coca-Cola Classic. Thankfully on this occasion, persistence has paid off and the New SCN is here to stay.

It’s fair to say that the journey SCN has undertaken to where it is today hasn’t been the smoothest of transitions. From my perspective, there were three key failings that has kept me away from SCN:

If we go back 11 months, there was a lot of hype around the anticipated upgrade of SCN. Like many others, I was keenly following progress and was eager to see the new site on the weekend of the go-live. When the message came out that the go-live had been aborted, there was a lot of disappointment and some harsh comments. Mark quickly communicated to the community the reasons for the delay and most were clearly valid. Whilst I was disappointed, it gave me valuable insight into the mind-set of an end-user that the impact a delayed go-live can have. As a System Integrator, as many people are on SCN, this was an invaluable experience and something to channel when working towards a project go-live.

This was, by far, my biggest issue with the upgrade. On so many occasions we would work on a problem, do a Google search to find our exact problem and find that there was a solution available on SCN. That feeling of relief would often turn to despair when the link would be a dead link to the new SCN and we’d get an authorisation error. It was so frustrating to see that others had experienced our issue and resolved it, and we couldn’t use their valuable insight to resolve our own issue.

To add to this, the general search functions of the New SCN were also quite poor. It was very difficult to find the information that we needed. Thankfully Jason Lax developed a very handy Google search as an efficient stop-gap.

3. Degradation of Quality of content on the New SCN

I first got involved in SAP a couple of years ago, after a long time at PeopleSoft/Oracle. I was keen to get involved in the community and submitted my first blog. It was rejected by Marilyn Pratt and it was rejected for a very good reason… it was rubbish. It really was that bad, and I’m embarrassed of it to this day. Thankfully it didn’t see the light of day. What this experience told me, was that SCN had a very effective system of moderation to ensure that only quality blogs are submitted.

Fast forward to the new SCN, and there has been a constant stream of blogs, which for some, serve no other purpose than comedy value. Some of these blogs made my original rejected blog look insightful. To make matters worse, these were being tweeted by SAP accounts almost as an endorsement.

So Why do I think the New SCN is better than the Old SCN?

To begin with, let’s take a quick look at the three points I raise above as failings. The first has obviously now been dealt with. Secondly, if we look at the loss of content and search, I don’t come across many dead links on Google. What’s more important, is that full search functionality is now working properly on SCN. I no longer need to use Jason’s workaround and the search functionality returns the results that I am expecting. Thirdly, there has been a noticeable improvement in the quality of blogs that are being released and the quality blogs are now far outweighing the not so good.

So that essentially gets us back to where we were before the upgrade. What makes it better? The following points (and I’m sure there’s more) are what led me to comment that the New SCN was better:

1. The new design creates a better sense of community;

3. And finally, we have mobility.

My re-engagement with SCN was partly prompted by my colleague, Anooj Behanan. Anooj has been quite active in the SAP HANA Forum (or should I say Place?), and this led me to becoming more involved myself. The setting up of profiles offer a much more personal touch than the old SCN. There is a greater social aspect with the ability to follow places, people, create status updates and direct message others to name just a few.

This took me a while to get my head around. The concept of Places and Content as opposed to Forums seemed, at first, to be a bit clunky. Once I accepted the different method of navigation, it soon became clear that there was consistency between each place, and the the places themselves are designed to host a wealth of information. Having Documents, Blogs, and Content in the same place makes perfect sense. The functionality to show only those places that you follow dramatically improves my productivity with fewer mouse clicks to get to the information that I need.

3. And for the Drum Roll… SCN now has Mobility

This was the killer feature for me. I came across a tweet from Tim Guest pointing to Scott Lawley’s blog announcing that SCN has gone mobile. Like most others, I spend much more time on mobile devices these days than desktop computers. The ability to effectively use SCN on the go is going to make the biggest impact on how I interact with SCN. 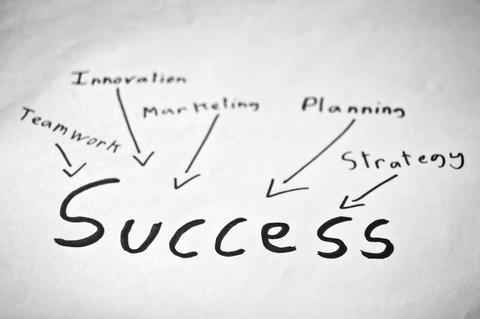 There’s always room for improvement, but for my liking, I firmly believe that the journey to where we are with SCN has been well worth it. I’m convinced that the New SCN is better. When I look at SCN now, I see a strong platform that will only get stronger. Thanks to the SCN team for persisting and getting us to where we are today. 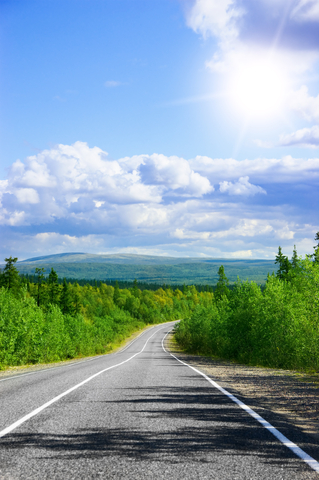