Trend: Life Will Be Entertainment 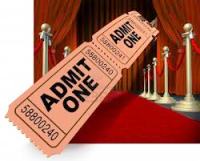 The recent figures about social media show that roughly 80% of the Internet users are social already and that people spend more time with social media than on gaming. Although the majority uses social media to stay in touch with family and friends, more users become fans of certain brands or get otherwise interactive. In other words, we extend into virtuality.

Thinking about it, I wondered how children born today would live in such a hyper-connected world, once they are grown up – which would be around 2030. Please follow me in my small thought experiment. Let us start with age three in 2015, as the children will probably become aware of technology around that time. Hopefully not in form of a potential smart phone induced attention deficit disorder, if their parents spend too much time online and not enough with their kids. But as a father I trust the power of the toddlers to get their fair share.

Touchy Kindergarden
Most children without get in touch with the online world in the kindergarden latest. I am pretty certain, that some kind of creative boards for painting and play will be used from 2015 on and they will probably come with video telephony and chats to get in touch with anxious parents. Kids will find it quite normal, that surfaces that look like flat screen are interactive and that they see their parents while talking to them or get in touch with them through typing. Furthermore, the increasing educational pressure will probably lead to specific learning programs for the kindergarten on suitable devices and surfaces. And yes, I am really looking forward to see how the industry comes up with a device that survives mud baths and being used as a versatile hammering tool.
Interactive School
When our 2012 children enter school around 2018, learning by then will be based to a large extend on interactive media, online material and self-education. As today’s children are starting early with smart devices and social media, it is safe to assume that school kids and youngster  will be used to play, learn, work and express themselves interactively. Additional changes will come from the private side of life, as devices, TV, social media and gaming will have merged into a seamingless entertainment experience. Furthermore, all kind of daily things will interact with us: mirrors, tables and other surfaces with in-build screens, interactive clothes monitoring our health and performance, tools watching their use and all devices we use to connect to the most near-by data stream aka Cloud.
So this is a technological view, a scenario of the future, that you might be familiar with already. But how will the daily life of the 2012 generation feel and look in 2030?

Life is a cabaret

My view is that the commonality of the hyper-connected world will lead to a life style significant different from now. I think, it is safe to assume that the daily experience in 2030 will be significantly more shaped by an entangled world than ours today. Life won’t be just a cabaret in 2030 of course, but the feeling will be close and the common life of today will be perceived to be boring – or at least lack spice and color. Technology will offer self-expressing instruments that will transform much of what we consume into an outright entertainment. Information that is not transformed into a kind of entertainment won’t get much attention. Some examples: news will show more virtual zoom-in and interactive scenarios, educational content will be more like co-acting in a Shakespearean drama than just reading or watching it and cameras will allow us to record, replay and share everything we do instantaneously.  This trend will act both ways: we will perceive information only if it is entertaining and we will organize our life to be entertaining. So the children of 2012 will have grown up in an increasingly interactive and noisy environment and will have learned to present themselves from early childhood on. What they will do in 2030 is to live a life as an entertainment or as I call it: lifetainment.

Are you prepared for it and will you take an acting class right now?

Kai, interesting stuff and I think we are already seeing some of this take place. I think mobile is the catalyst for a lot of it - and will continue to be. It's helping (re) shape how we consume and interact with music, movies, news, etc. It's a shame "lifetainment" can't be interjected more aggressively in school cirriculums. As a father of three young kids, I am getting more involved with their homework which has become unnecessarily cumbersome. Obviously, nothing wrong with textbooks and studying but the delivery model itself feels outmoded for younger brains born into a digital world.

Yes, mobile is the catalyst and I think that soon we will be even more independent from location. Yesterday I held a speech and came wth my laptop which already felt outdated.

For sure we could use more virtuality in schools. My view is that we have to learn where it helps and where it is more of a distraction.

Hey Kai, great topic!  and certainly on track.  My daughter, a first greater, is already interacting with technology at school, in a far richer way than i could have ever imagined.  Interactive- touch screen white boards are the norm.  She gets assignments to complete math games on the web.  Lunch money and menus all on debit systems and on-line.

However, I wonder how all this will impact the rate at which we learn, our span for comprehension, our ability to concentrate at length, and be present with those physically around us.   In essence, the fundamentals of how humans think and relate to one another seems like it will be tested further.  what do you think?

Yes, it is not clear to what extend virtuality is helping or not. But brain research made quite some progress in the last years so we might find out soon, where it helps or not. The brain is an impressively flexible instrument so my worries are more on the emotional sides of beeing human. I don't think - but I don't know for sure - that walking around in a virtual wood will have the same effect than the real forest. More senses than just our eyes are involved but that may be just a matter of time. Some futurists see the humans already developing themselves into some kind of cyborgs with brain implantats etc. Emotionally we are for suere more than just a collection of information so there will be something missing when meeting virtual. On the other hand, we can already see some of these effects around gaming where some pleyers report, that their learned controls of the virtual world spill over inot the real one, i.e. they try to steer a car with a not present mouse or something like that.

I think we should not even try to mimic real nature but to preserve it and use virtuality for smething better than for a copy of the real world.

Today, we see a mix of teachers/educators who hesitatingly try blogging/digital aids because it is required of them to some who are seeing the benefits of the new tools and use it opportunistically.

I think the pace of change will rocket once the current generation of teachers retire and are replaced by the Gen Y and millennials who are almost born digital/social.

It will be interesting to know what effects this pace will have on both academic and psychological growth of kids.. Whether the effects are good or not, the change seems like a unstoppable avalanche!

I agree Deepa. Learning will change and much of how kids learn today is outdated anyway. Context is the key, not data. And nothing is better than a strong emotion to bind information to our memory. So our today's technology could be used this way and of course it might sometimes outright distractive.

Loved the blog.   My teenaged level son joins "social media" by playing game on his 360.   He can reach out and talk to people all over.    He can form teams.   He can talk with them outside the game.     Amazing to me when I think about playing pong.

So how would someone like that view social media?   I think there will be no such thing.  <Pause while you all say I'm nuts>   I think it will be so much of everyday life, they won't even think about it.

It leads into discussions about world wide economics when that job you are going for doesn't have to be in your location....   Why?   "Social media"   Not really.   At that point internal controls.

I'll be waiting to see what happens.

Great blog!  It made me think in the morning,

BTW - I live in Michigan, my boss in Canada, and his in California.   We all connect via Webex and IM.   Sometimes meeting in person.  😆