I remember reading a depressing article a few years ago by New York Times columnist Nicholas Kristof, where he talked about a 12-year old girl becoming the head of a family of three. The girl’s parents had died of AIDS and she was taking care of her younger siblings; there were no adults left in the community to help (most had been killed by AIDS). The country where this horrific tale was set was Swaziland, a small mountainous landlocked country near the northeastern corner of South Africa that I had to look up on a map.

This past weekend, we got to witness the plight of AIDS orphans in Swaziland firsthand. Our colleague Sunil Geness, who is in charge of government relations for Africa for SAP, has been supporting an NGO called Young Heroes in Swaziland, and he suggested we go to see what the organization is doing. Young Heroes (http://www.youngheroes.org.sz/index_home.php), which was set up with the help of the US Peace Corps and is funded by Swaziland’s National Emergency Council on HIV/AIDs, tries to match donors to orphan families (for US $20 a month you can support an orphan family). Sunil, who has been very impressed by its work, is now on the board of the organization. Young Heroes estimates there are about 15,000 households in Swaziland which are headed by orphans. Swaziland’s health statistics are scary. A country of slightly more than a million people, it has the highest HIV/ AIDS infection rate worldwide (25.8 per cent of adults are infected according to one report; others rate the infection rate even higher, at about 31 per cent).  Life expectancy is among the lowest in the world. (In 2009, at 31.88 years, it was the lowest. Things have since improved slightly because of the availability of medication.) There are more than 125,000 Swazi children who have lost at least one parent to AIDS.

Mbabane, Swaziland’s capital, is about 400 kilometers (250 miles) from Pretoria. We (ten SAP volunteers) left Friday afternoon just as a hailstorm was starting. On the way, we passed a number of open-pit collieries. By the time we reached Mbabane, it was dark. A thick fog had rolled in, making driving on the winding mountain roads difficult. By the time we reached our hotel, we could only see about 20 feet ahead. The director and administrator of Young Heroes, Khulekani Magongo, was waiting for us. He warned us that our trip to meet the orphans was in some jeopardy because of the rain as the dirt roads might become too muddy to drive. We decided to cross our fingers and hope for the best.

The next morning dawned clammy and gray. The mountains near the hotel were still obscured by fog, but at least it wasn’t raining. A couple of other board members had come to greet us. We met the Reverend Ken Jefferson, an affable Scottish minister from Perth who is the chairman of the board of Young Heroes. (Like in many parts of southern Africa, a lot of the grassroots work to help victims of AIDS and poverty in Swaziland is done by Christian missionaries.) Rev. Jefferson has been in Mbabane since 2006. We learned from him some of the problems facing Swazi society. Many Swazis still practice polygamy.Most Swazis are poor. (One of the most prominent billboards we saw in Mbabane was advertising loans for funerals.)

Pundits and columnists have laid the blame on an inept bureaucracy, pointing out that the country is ruled by an absolute monarch with multiple wives, who seems more interested in his own affairs than the affairs of his subject. Like many poor countries, Swaziland has a history of misgovernance and is almost bankrupt.

Breakfast over, Khulekani decided to risk the wet roads. We had already bought a bunch of toys in Pretoria.  We picked up food for the orphans (rice, corn meal, beans, chicken, carrots, oranges, cucumbers, onions, cooking oil and other sundries).  And then we were off over the muddy mountainous roads, a caravan of three vehicles  – Khulekani leading in his white Isuzu truck, and two white vans following. Even though it was not far, it took us a good while to get to Ndlangeni, the village that was our destination. Young Heroes was still surveying Swaziland for AIDS orphans to help, to match with donors. Today, Khulekani was going to sign up orphans who lived around Ndlangeni.

We parked behind the local daycare *** primary school – a single-room whitewashed concrete church with a tin roof and broken window panes that had seen better days. Inside, there was no furniture save three rickety tables. There were a few paintings and tattered posters on the wall, telling of the benefits of vegetables and showing the letters of the alphabet. A large poster, occupying the single table, was a list of the kids who attended the school.  The names were grouped against columns with headings like “Double orphans” (meaning both parents dead), “Single orphans” (one parent dead) and “Vulnerable” (the exact meaning of which no one seemed to be sure about). 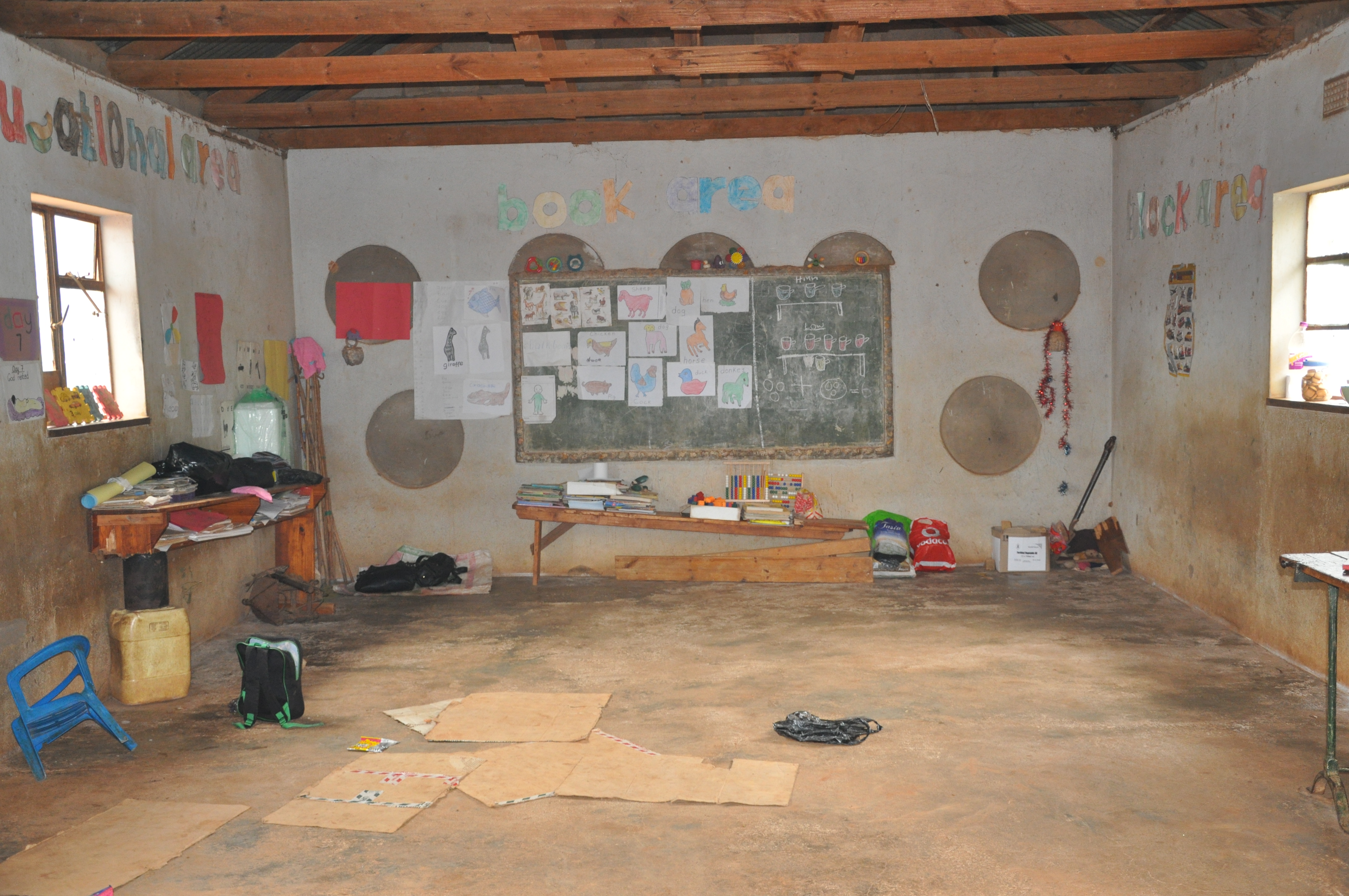 The kids and adults were waiting for us, dressed in their finest clothes. (Khulekani said they would do this if visitors came from far away.)  They looked happy to see us. A communal meal was being cooked and the arrival of the food seemed to occasion some joy.  Within minutes of our arrival, the carrots were being peeled, the onions were being diced, the chicken was getting ready for the pot.

After a customary round of introductions, we started distributing the toys, playing with the kids, playing soccer (which they loved) with the balls we had brought and teaching them how to play Frisbee and blow bubbles and skip rope. What had started as an orderly gathering – the children and adults sitting neatly greeting us suddenly exploded into a raucous flurry of balls and children.  Some of us joined in; others helped with the food preparation. 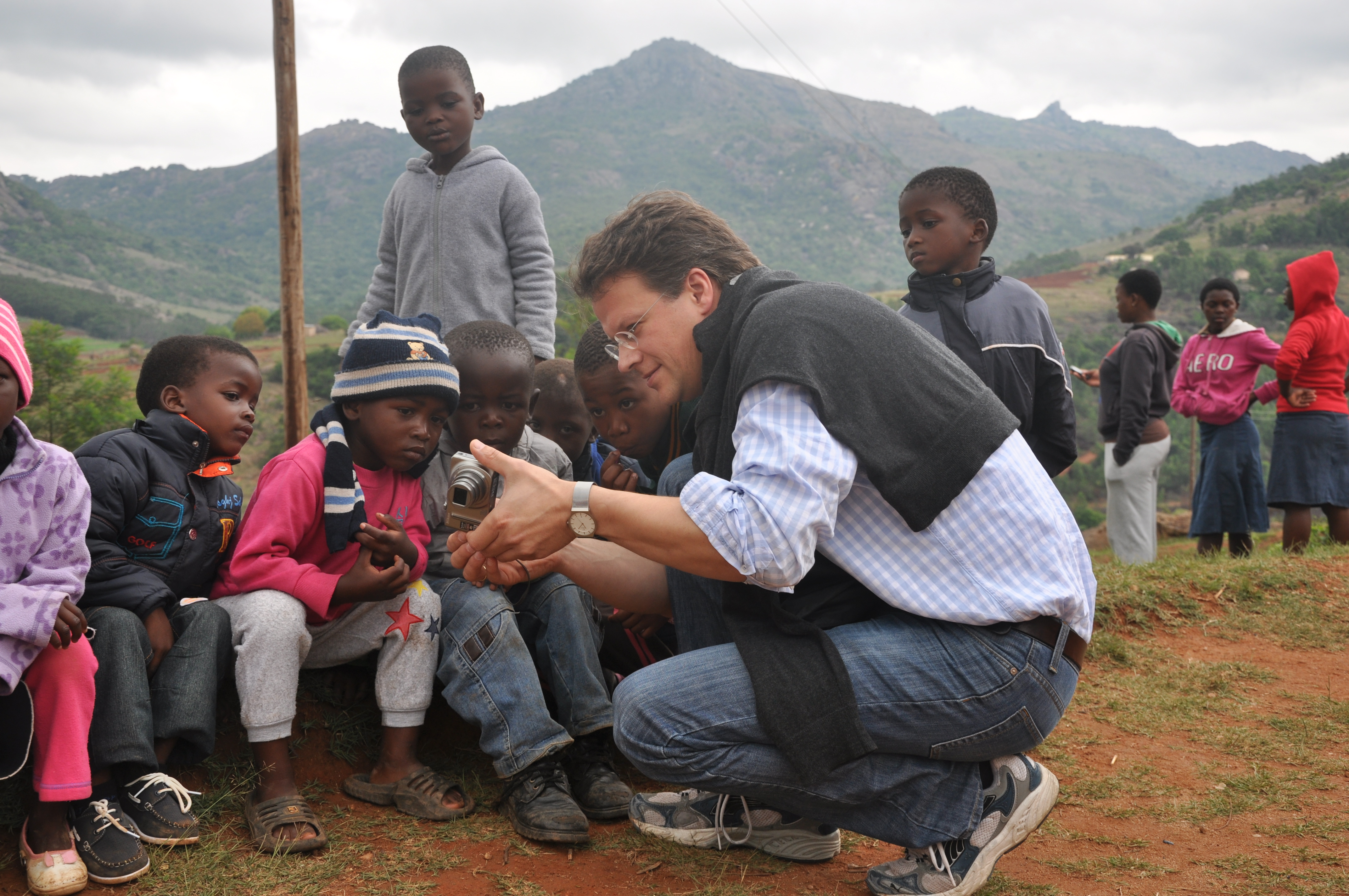 As the food cooked, the kids opened up.  I met a family of three orphans who lived with their grandmother.  Nicholas Ndwandwe was 15, and he wanted to be a dentist. A high school student, he had a Facebook account.  His father had died when he was 3; his mother when he was 8. His two twin sisters, Fortunate and Jennifer, were 17. They were intelligent and bright, and impressed all of us with their knowledge of geography. Given the opportunity, they would do well.  I also met Gift, Nicholas’s friend, who was an orphan as well. He was not as talkative, but when pressed by Nicholas, he said he wanted to be a policeman, so that he “could make lots of money.” Nicholas and Gift went to Mbabane occasionally. It was expensive to take the bus (in reality, a shared van), about US $2 each way. So they walked every week. It was three hours over the mountains each way.

We helped distribute the food. The youngest kids ate first, followed by the older kids, and then the adults. Well, not quite – the first people to eat were the one of village leaders and his assistants. The same thing happened during the distribution of toys. We had brought along a bunch of soccer balls, including a couple of FIFA balls (which we had intended for the more advanced players). Within minutes of distribution, somehow those two more expensive balls ended up with village elders. While the kids were playing with the other balls, they sat clutching those. It was clear they had identified those as theirs. (A couple of my colleagues sized up the situation. They persuaded the elders to join them for play. It wasn’t easy, but after a while they let go of the balls. Whether they would take them back later we were not to know.) 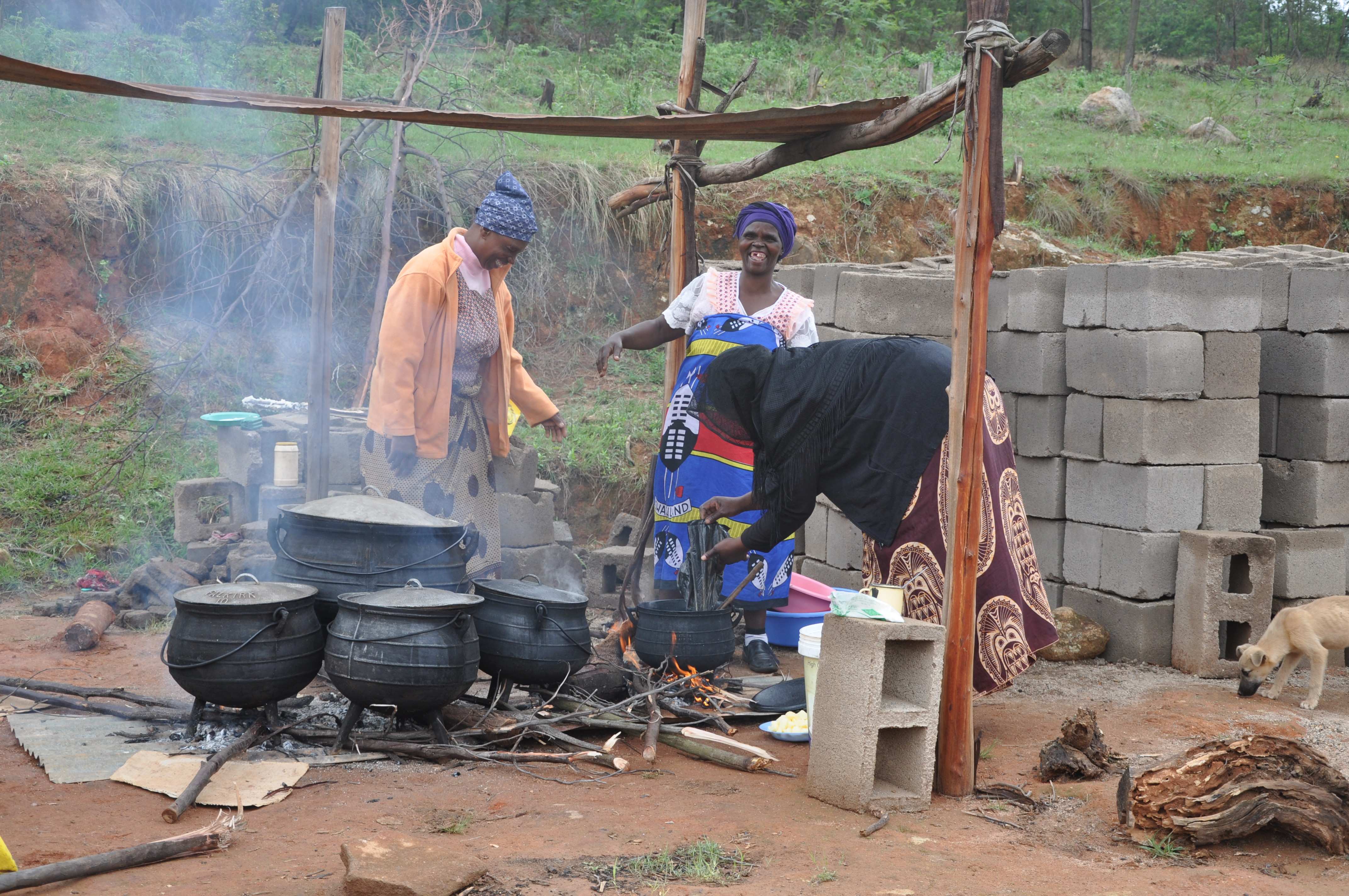 Cooking lunch over an open fire.

After lunch, we were invited to visit the home of one of the AIDs orphans. He lived by himself in a shack near the top of the hill. His parents had been reasonably off by the village’s standards – they had a plot of land and a couple of shacks and a kitchen and a pear and an avocado tree. But they had both died. His elder brother was in Mbabane, so he lived by himself. He had a kitten for company. Food was scarce. The teachers in the primary school fed him when they had food. His brother came occasionally and brought him some supplies. It was rather heart-wrenching.

By this time, it was almost four in the afternoon. It was time to say goodbye. We got a warm sendoff. They all asked us to come again. We hadn’t really done a whole lot. In the end, we had provided a meal and some diversion through play. But for those of us who went to Swaziland, it had opened a window to the real scourge of AIDS in an oft-forgotten part of the world.