Thanks a lot in advance for taking the time for reading this blog.

I want to thank Roel van den Berge. He blog forwarded me. He is a colleague whom I respect a lot for his passion, his enthusiasm and skills. Together we’ve done lots of mobility adventures.

More information on the blog it forward initiative started by Moshe Nave; can be found in this blog

Well, who am I? I am Wim Snoep, a SAP NetWeaver consultant at Ciber Netherlands. I am a portal and mobility enthousiast. Being a developer, I am focusing on improving the user experience via a mobile application or via the web.

Last years I’ve been mainly focusing on mobility and a big supporter of a mobile applications, but specificly also with using a platform, like Sybase Unwired Platform. I like to tell all about these developments and possibilities on the company-events and on the SAP Inside Tracks in the Netherlands (sitNL) and Germany. (sitHH). Recently I’ve familiarized myself with the Syclo Platform. Now more and more being able to compare Syclo and Sybase with each other. It’s very interesting what the SAP Mobile Platform (SMP) will be like. I hope to hear more on that on SCN and at TechEd in Madrid.

How did I start??

My first experiences with an object called computer was the Zyxel 80. Later on the MSX1. Those who had this computer as well, will definitely remember. Loading programs from the cassettetape and plenty of time to grab a coffee, before your application was starting. In those days you had radio broadcasts of new programs. You could record them (on tape of course), make them error free and finally be able to run them (hooray ). I started a bit on programming in msxbasic (that language still had goto statements ), on machines like MSX1, MSX2. Later on languages as Pascal (building a computer controlled robot arm), C, Delphi, Tcl, Perl and Java. Lots of Java. Java is one of my favourites.

Sometimes I code in ABAP as well, and eager to also get to know this language even better.. Always fun to see what the limitations are, and the different ways things are done, especially when it comes to object oriented programming.

Since almost 2 months, I am married to my lovely wife Larissa. On the picture below we are enjoying one of our holidays together. We love to travel.

The picture is taken along the Rift Valley in Kenia. 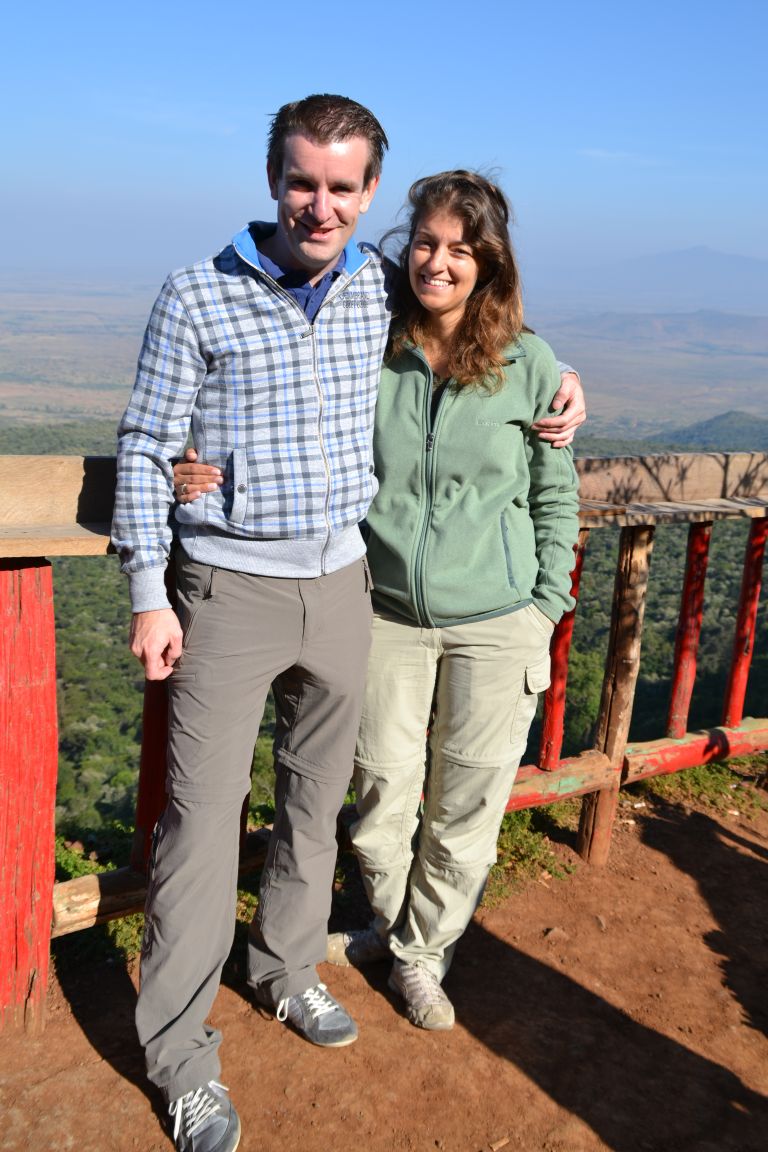 We live in Roosendaal, which is in the south- west of the Netherlands, not too far from Antwerp or Rotterdam.

In Roosendaal and actually lots of cities we are really big fans of celebrating Carnival. Many people from the south of the Netherlands like it. It’s not like the Brazilian Carnival, but still lots of fun. I didn’t know it at that time, but apparently I was doing an audition for the dutch SAP Mafia. See below; 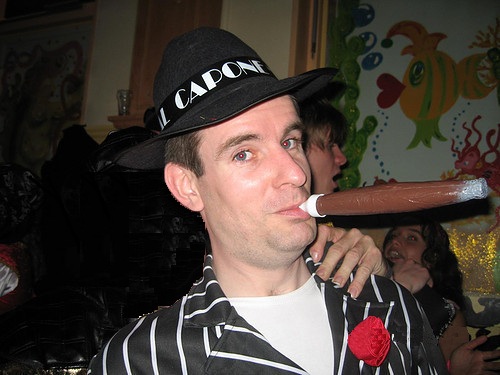 Roel asked me some questions, I am glad to answer them;

A tough question, since it’s kind of hard to really pick one person. I am not influenced by just one, but actually more people. I managed to pick a few at the beginning of my career.

Sander is one of those guys who was always up to date with the latest and greatest technologies and liked to give them a try. Above all that; he liked to share all that knowledge with his colleagues. A great example. I learned what and how you pick up on knowledge sharing and how it motivates yourself and colleagues.

Feike is of those examples of a great manager. His social skills and down to earth way of getting things done were inspiring. He just set the milestones and did it. Besides that he was also able to easily recognize your skills and put you on an spot which you would enjoy even more. I learned being result driven, keep two feet on the ground, but also learned about team movitation and keep up the team spirit.

I had fun in many projects. One which comes to mind is a project for a railway company. We had a big team, realized lots of work, some bad moments, but still had lots of fun and celebrated our successes. Whole rooms where decorated which of all sorts of items, things flying around, lots of joking and fun. But the most important was, the result was there; all sorts of HR services were develop with multiple expertises. From a mockup towards a full SAP 5 layer ABAP/ PI/ Portal/ Java Webdynpro solution. Seeing how all these layers could and do act together is just fun. Fun was also creating a generic task application; goal was to enable SAP task approval/rejection in alean and mean user interface. We used open source techniques in combination with SAP. Think and create a proper design and object model first, then start. Overall conclusion, the work and the team, both were lots of fun!

Describe an instance when empathy in a project, development, collaboration, work experience, or community interaction turned a situation around (or should have)?

A tough question, which makes me think hard to come up with a proper example. I have one, quite a while ago; It was a consumer company where a web application was created. Unfortunately the end-users didn’t like the application and way of working. It was judged as being too complex. End result, the application wasn’t used anymore. Of course change management has a role here as well as well. Still; an occasion which I would call a mismatch, which could have been prevented. A  solution which is technically perfect, but not suiting the desired process. A way to prevent this is by discussing deliverables in an early stage. Create mockups. Involve the key-users. To my opinion empathy for what the end-users really need could have turned the situation around. It could have resulted in the application still being used.

As being BIFfed, I have the opportunity to name a few people who I like to join in the BIF initiative.

Many people I would like to name have already written a BIF.

Very talented guy; I saw a presentation of him together with his collegaue on the SAP Inside Track Netherlands 2011.

They really did a nice job by using Spring Roo in combination with SAP.

A very talented BI collegaue. And creative as well, see the SCNotty 2012 entry.

Because he’s a talented HR consultant and collegaue.

And because he wanted to be biffed as well, as stated here

3) Marilyn’s question: Describe an instance when empathy in a project, development, collaboration, work experience, or community interaction turned a situation around (or should have)?

Don’t forget to read the other blogs in this chain.